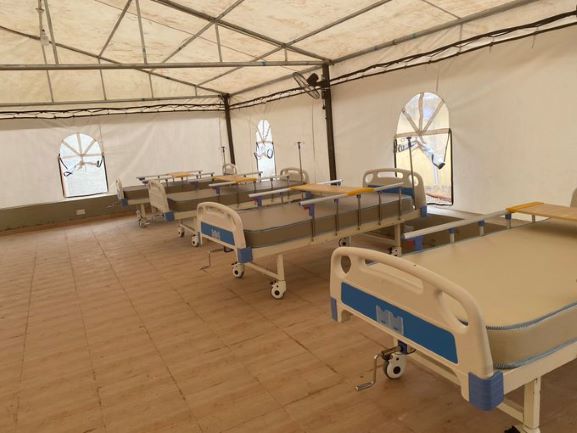 According to a Saturday PUNCH report, it has been learnt that the two cities most affected by the COVID-19 pandemic – Lagos and Abuja – have begun shutting down isolation centres as Nigerians snub the medical facilities.

One of The PUNCH correspondents in Abuja were informed that the National Hospital had discharged its last patient while the University of Abuja Teaching Hospital, Gwagwalada, which attend to most severe cases, had about four patients as opposed to the average of 30 severe patients it used to have.

The Chief Medical Director, UATH, Prof Bishop Ekele, confirmed to Saturday PUNCH that indeed the rate of admission had dropped significantly, adding that only four patients remained at the isolation ward and they might soon be discharged.

Ekele said, “We thank God that things (cases)  are beginning to drop. The doctors’ strike has no effect on our facility. Usually, it is those that need oxygen that are brought to us. We have just about four patients and hopefully they might soon be discharged.”

Also speaking to one of our correspondents, the spokesperson for the National Hospital, Dr Tayo Haastrup, said the last patient had been discharged last week.

“We have no more (coronavirus) patients in our isolation centre,” Haastrup said on Friday.

“However, we will not be closing it down because that is what we use for epidemics like Lassa fever. We still have the six rooms for such purposes,” he added.

The Chairman, Medical Sub-Committee of the COVID-19 Ministerial Expert Advisory Committee in Abuja, Dr Ejike Oji, said the drop in the infection rate was a positive development. He, however, said this was not time for complacency.

Oji recalled that late last year, there was a similar drop in the infection rate which caused people to throw caution to the wind. He said this attitude was what led to the second wave. He, therefore, warned that the fight against COVID-19 must be sustained.

“It is true that severe infections have dropped but this is not the time for complacency. If you recall when we witnessed a drop late last year, people threw caution to the wind. What we have learnt about COVID-19 is that the virus mutates. We saw how the second wave came. There could be a third wave if we are not careful.”

The Minister of State for Health, Dr Olorunnimbe Mamora, told Saturday PUNCH that the drop in the rate of infections showed that the strategies adopted by the government were working.

“It shows that our strategies are working. If the rate of infection is dropping, it shows we are doing something right,” the minister said.