Actress, Ronke Tiamiyu Reveals What Turns Her On And Off About The Entertainment Industry

She said the only thing that turns her on is the ability to be creative and express herself in different dimensions. 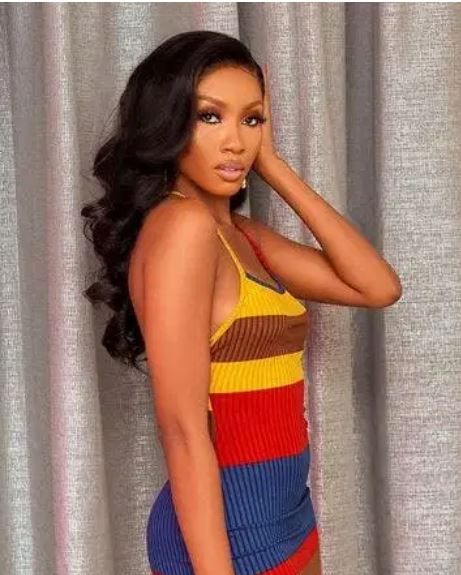 Vanguard reports that Ronke Tiamiyu, the ex-beauty queen and actress who hit stardom after clinching the Miss Charismatic crown at the 2013 Most Beautiful Girl in Nigeria (MBGN) has expressed her disenchantment with the entertainment industry even as much as she loves what she does.

In a chat with Potpourri, she said the only thing that turns her on is the ability to be creative and express herself in different dimensions.

“To be able to step into a character’s shoes and bring her to life,” she said.

On what turns her off: “What turns me off is all the drama and gossip that surrounds the industry. The negative stereotypes people place on you because you are succeeding. Entertainment is a serious and successful business not unlike many other industries, but you never see this level of hatred, jealousy, drama and gossip in other businesses.”

On the difficulty of entertainers finding true love. Ronke said it applies to everyone but admits it is a bit testy for entertainers

“I think it’s hard for anyone to really find true love, not just entertainers. The difference is that our personal and dating lives have become public news whereas other people in other businesses get to live their love lives outside of the public’s eye. When we date, fall in love, have a lover’s fight, get our hearts broken, it’s all over the gossip sites. This fact probably does make it a little harder to date in entertainment because you have to keep your guard up,” she said.

Apart from owning her own pageant called Miss Charismatic Nigeria pageant, Aderonke Tiamiyu has made the cover of House of Maliq and has featured as a guest star in Flatmates as well as many shows. She’s an actress and a model too.
By ABEE - April 05, 2021