The notorious vandals are auxialiary staff of the Yola Electricity Distribution Company (YEDC), which deployed the cables. 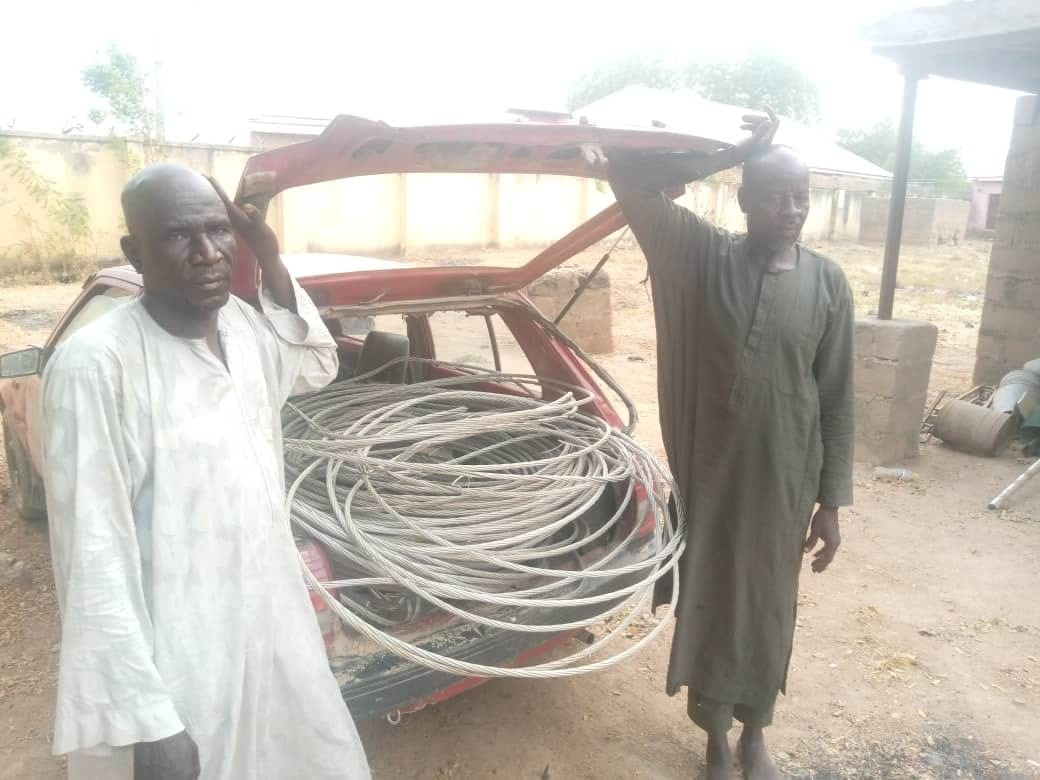 Two suspects have been arrested by the Adamawa State Police Command over alleged vandalization and theft of power cables.

Spokesperson of the command, DSP Suleiman Nguroje, who disclosed this in a statement on Saturday, March 13, said the notorious vandals are auxialiary staff of the Yola Electricity Distribution Company (YEDC), which deployed the cables.

He said the suspects were arrested by operatives attached to Yola Division while on area patrol along Rugange-Njoboliyo road.

"The suspects, Idi Wakil, 62, and Babangida Bello, 54, all residents of Madumari ward, Yola South local government, has been vandalising, stealing and selling out the armored electricity cables that connects Njoboliyo and other villages from Yola thus resulting to power outage in those areas, causing wrongful lost to Yola Electricity Distribution company(YEDC) and grongful gain to themselves," DSP Nguroje stated.

The State Commissioner of Police, Aliyu Adamu Alhaji, commended Officers and Men of Yola Division and members of the community for making it difficult for criminals of such to escape arrest.