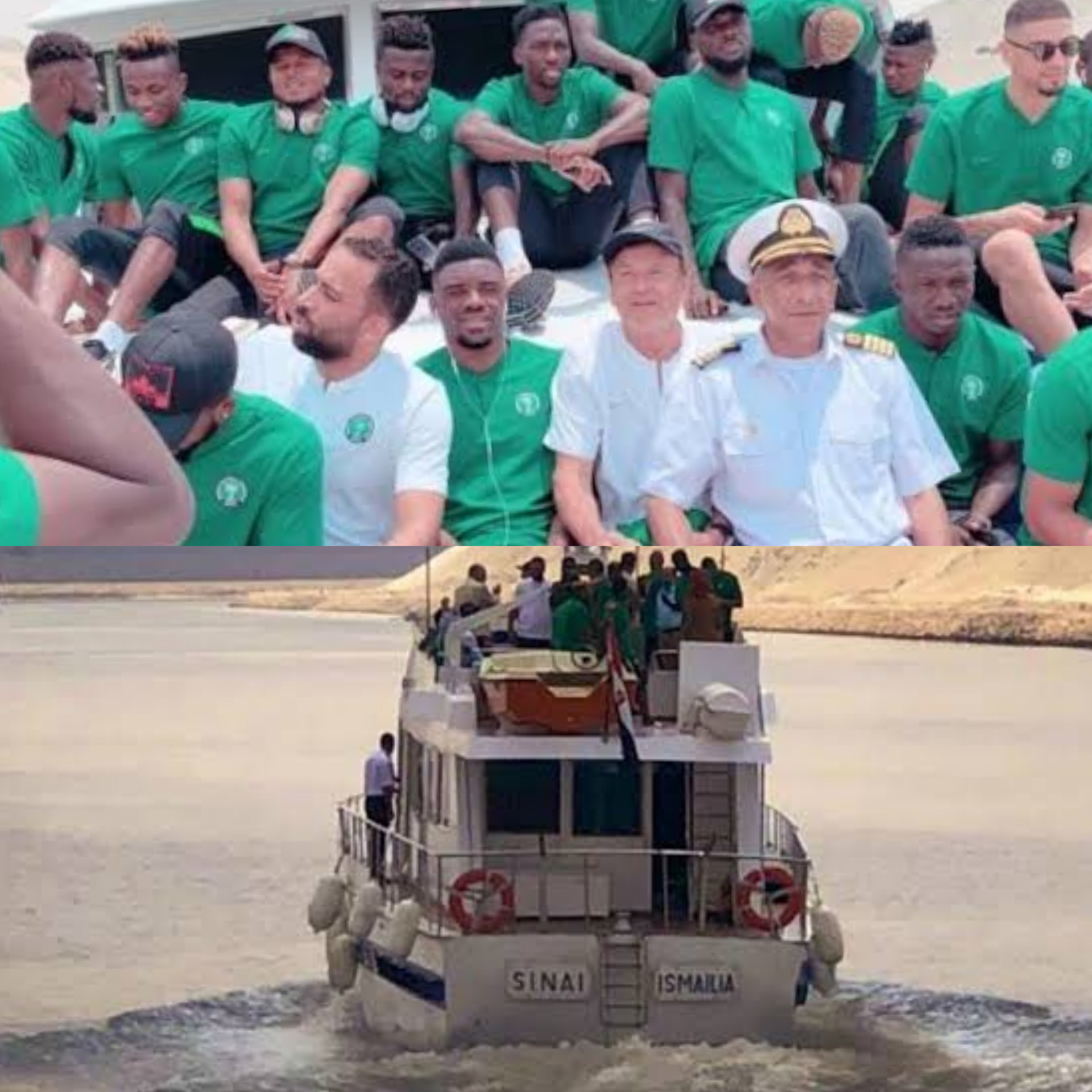 Gernot Rohr's players will travel to Porto Novo, Benin by boat, due to the proximity of both West African countries, it has been revealed

Ahead of their penultimate 2022 Africa Cup of Nations qualifying game in Porto Novo, on Saturday March 27, the Super Eagles players who are currently camped in Eko Hotel, Lagos, will leave Nigeria to Benin using the country's waterways.

After much debate and consideration amongst the NFF officials, citing security issues and time distance, the Federation have agreed to use boat instead of air or road transport to go to Benin.

The travel will occur a day before Saturday’s clash at the Charles de Gaulle Stadium in Benin.

Gernot Rohr’s men will be expected to return to Lagos by Sunday for their final Afcon qualifying fixture against Lesotho at the Teslim Balogun Stadium.

Earlier this month, the President of the Nigeria Football Federation Amaju Pinnick said the FA was going to abandon plans to fly to Benin and seriously consider going by boat and that they were in talks with the Lagos State Government.

"Going to Cotonou by boat, I do that all the time when we were going to inspect, we did it, there's nothing wrong in exploring other forms of adventure in Nigeria,” Pinnick said .

"There's nobody in Lagos that has not been to Ilashe or been to Tarkwa Bay, so it's the same thing, so what's the big deal?

"Look at the Lagos boat terminal, it's one of the best in the world that I've seen, so why don't we use all those things if we have them?

Nigeria lead the Group L table after picking up eight points from four matches while Benin trail the three-time African champions by just a point in second spot.