The suspect was arrested by a combined team of policemen and army on Monday, March 22, after a discreet investigation. 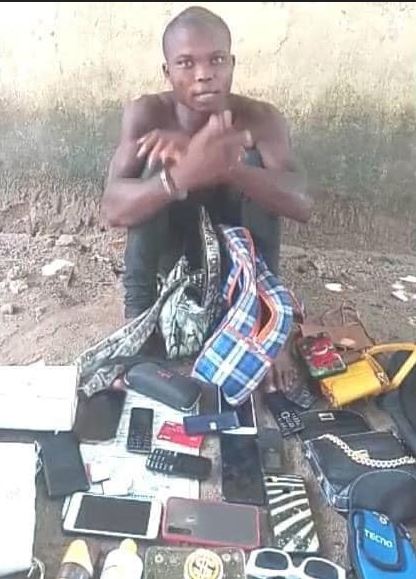 A notorious serial rapist identified as Michael Ovie has been arrested by operatives of the Delta State Police Command in Oghara, Ethiope West Local Government Area of the state.

Spokesperson of the command, DSP Dafe Bright, who confirmed this in a statement, said the 35-year-old suspect was arrested by a combined team of policemen and army on Monday, March 22, after a discreet investigation.

DSP Edafe said the suspect, a motorcyclist, specializes in picking young girls at night but diverts them to the bush where he robs and rapes them at knifepoint.

Items recovered from the suspect include 9 handsets of different brands including an iPhone valued at N400, 000 reportedly stolen from his last victim.