A new billionaire has emerged as the richest man in China and is currently worth a staggering, $62.3 billion. 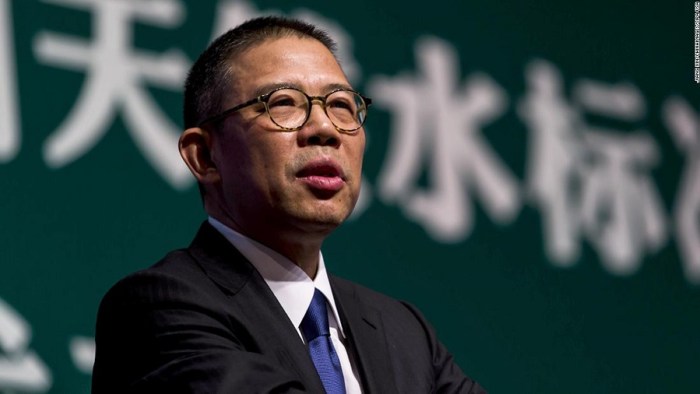 Zhong Shanshan
Zhong Shanshan has been named as the richest man in China. According to Bloomberg, he is worth $62.3 billion.
With the latest develepment, Shanshan has now dethroned Jack Ma, the Ant and Alibaba founder.
Jack Ma is no longer the richest man in China and neither is he the second richest. He has been surpassed by two businessmen and currently sits in the third position.
Jack Ma’s position was snatched by a man who at age 30, was working as a local reporter in the Zhejiang Province of China.
Meet Zhong Shanshan, the current richest man in China
His name is still largely unheard, unlike his counterparts. Zhong Shanshan is the current richest man in China and was recently the richest man in Asia. He is currently worth $62.3 billion, according to Bloomberg. This means that he is $10bn richer than the famous Jack Ma of Alibaba Group.
Zhong Shanshan is also in a rare class of modern-day billionaires. He belongs to the very few multi-billionaires in today’s world with no ties to the technology sector.
Local reporter, construction worker, beverage salesman
The story of Zhong Shanshan is your typical grass to grace story. Zhong was born into a poor family and had to drop out of school during the Cultural Revolution. He worked in construction sites and even sold prawns in the streets as a teenager.
After failing to pass the exams of a proper school, he enrolled into the Zhejiang Radio & TV University where he completed his degree and worked at the same time. At age 30, he was working as a local reporter in Zhejiang Radio and TV Station. He attributed his business drive and success to his work here as a reporter, where he interviewed over 500 self-made millionaires.
He went on to work as a beverage salesman before starting his own company.
Natural water, the billion-dollar idea
According to fortune, 1n 1996 Zhong launched a bottling water business in his hometown Hangzhou. His business sold water bottled from a nearby reservoir to local vendors.
Zhong Shanshan’s water product came at a time when China had a serious drinking water challenge. Most of the country’s tap water was undrinkable and the Ministry of Water Resources confirmed that 80% of the country’s tap water was unsafe for drinking.
Zhong Shanshan was able to convince the Chinese people that natural water, which still contained minerals, was safe and better than traditional distilled water. His bottled water was known to have a little bit of taste from the natural minerals that were not removed from it. The Chinese people bought the idea. Zhong Shanshan also deployed brilliant marketing tactics with a product slogan that said, “Nongfu tastes a bit sweet.”
The idea struck gold!
Nongfu Springs’ market success
Zhong Shanshan’s Nongfu Springs went on to become the leading bottled water product in the massive Chinese market. His company controls 28% of the Chinese bottled water market. It added energy drinks and vitamins to its catalogue and went public at the Hong Kong Stock Exchange.
By ABEE - March 29, 2021