The 400 level student of Crop Production Technology said the gunmen came well prepared for the operation. 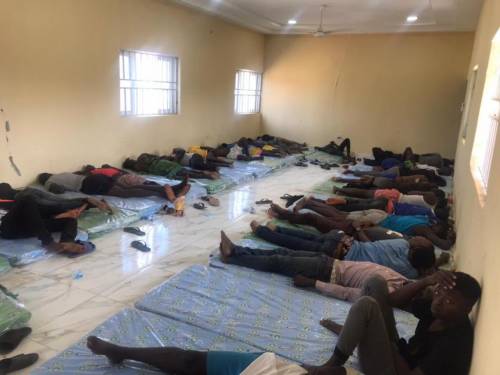 Daily Trust reports that one of the many rescued students of the Federal College of Forestry Mechanisation, Afaka in Igabi Local Government Area of Kaduna State, has narrated how a group chat on WhatsApp led to the deployment of a security agent to the college.

Bandits had on Thursday night broke into the school and abducted some students.

Speaking to DailyTrust, the 400 level student of Crop Production Technology said the gunmen came well prepared for the operation, adding that most of the students had escaped into the bush during the attack.

He said, “I think if there were no social media, it would have been an easy matter for them (bandits) because nobody had the mind to make a call; it was a simple post that saved the situation.

“We have a social media platform which is the school’s chat group, and that was where we first posted that there was a problem in the school and the school management took it up from there.

“We all ran into the bush. When the army came, some of our friends would call us and then they will come and pick us in the bush areas we were hiding. There was a shoot out with the bandits because they were fully prepared for the operation. If not for the intervention of security agents, I think they would have carried all of us in the school.”