Buckingham Palace has issued a statement on behalf of Queen Elizabeth following racism allegations by Prince Harry and Meghan. 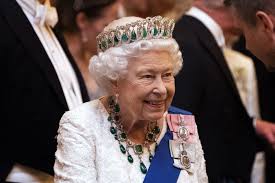 Queen Elizabeth
Queen Elizabeth through Buckingham Palace has broken her silence over allegations made by her grandson, Prince Harry and his wife, Meghan Markle.
Recall that the Duke and Duchess of Sussexes had in their bombshell Oprah Winfrey interview made serious allegation against the British royal family.
The Queen while reacting, said the issues  raised are disturbing and must be addressed.
See the statement below:
Buckingham Palace releases statement on Harry, Meghan interview:
ROYAL COMMUNICATIONS
Tuesday, 9th March, 2021
THE FOLLOWING STATEMENT IS ISSUED BY BUCKINGHAM PALACE ON BEHALF OF HER MAJESTY THE QUEEN
The whole family is saddened to learn the full extent of how challenging the last few years have been for Harry and Meghan.
The issues raised, particularly that of race, are concerning. While some recollections may vary, they are taken very seriously and will be addressed by the family privately.
Harry, Meghan and Archie will always be much loved family members.
ENDS
By ABEE - March 10, 2021