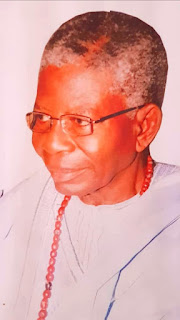 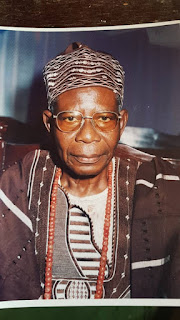 The Nigeria former Minister of Information during the military regime under Gen Olusegun Obasanjo, Chief Ayodele George Ogunlade shares brief of his biography and photos as he turns 90 years.

Chief Ayodele George Ogunlade was born March 18, 1934, went to St Peter's  School Sekondi, Ghana, and thereafter in 1942-47we came back to Nigeria and went to Methodist School, Ifaki-Ekiti, 1947-48 and then proceed to Wesley College, Ibadan and furthered in 1950-53, to Nigerian College of Arts, Science and Technology, Ibadan, 1957-59, and then moved to University College (now University of Ibadan), Ibadan. 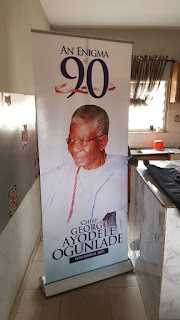 Also 1959- 62, Indiana University, Bloomington, USA, 1962-63 and after his graduation he started his Career by being Appointed as Primary School Teacher, 1954-55; Teacher, Teachers' Training College, 1956-57; Secondary School Tutor, 1958-59 and entered into broadcasting as a Senior producer at defunct Western Nigeria Television and Broadcasting Services, WNTV-WNBS, in 1963-64 he got appointed as acting Controller of programmes, WNTVWNBS and then married his wife Cheif Mrs Folasade Foluke Dare 1965 between 1964-65 he became the Personnel Manager, Nigerian Tobacco Company in 1965-66 he was also appointed Director of Programmes, WNTV-WNBS, 1966-75; Executive Producer he has achieved alot in his career. 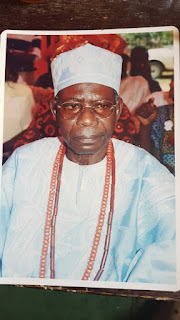 Chief Ayodele George Ogunlade and his wife Chief Mrs  Folasade Foluke Dare are blessed with six sons, two daughters. He’s one of the foremost journalists in the country and was a Minister of Information during the military regime of General Olusegun Obasanjo. He has created a reputation for himself as a stickler for perfection, honesty and truth. The Oye-Ekiti-born politician pitched his tent with the National Republican Convention during the aborted Third Republic. Chief Ogunlade, now celebrating his 90 years on earth, reflects on his time in office as minister. He also fields questions on digitization of broadcast stations, journalism as a profession and he has always stands for honesty and truth and always wanted to be remembered for these things even when he’s gone to rest. 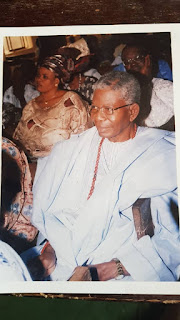