The farm owner tied the worker to a metal object, assaulted him with a baton stick and burnt his swollen feet with hot charcoal for stealing from him. 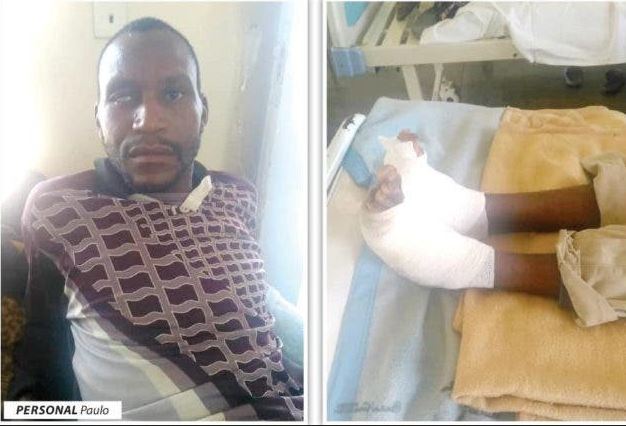 A farm owner in Zimbabwe has tortured and burnt his workers feet with hot charcoal for stealing four guinea fowl eggs.

iHarare reported that 34-year-old Personal Paulo's feet was burnt with hot charcoal by one Leon Koza, said to be the brother-in-law of the owner of Plumstead Farm where he worked in.

Recounting his ordeal, Paulo said Koza who discovered that he had stolen eggs tied him up to a metal object, assaulted him with a baton stick until his feet were swollen, took some hot charcoal and started to burn his swollen feet while telling him to inform others that stealing is bad.

The farmworker revealed that he was attacked on February 6 and only sought medical attention on the 26th as Koza threatened him with arrest and dismissal from the farm if he reported the incident.

It was also learnt that Paulo only managed to seek medical care after his sister, who had visited him, discovered that her brother had wounds under the feet which were oozing blood and he was unable to walk.

A report was made at Banket Police Station leading to the arrest of Koza, who has since appeared in court and was remanded out of custody on free bail to March 19.

Paulo is currently being treated for wounds he sustained during the assault at Banket District Hospital.