El-Rufai Govt Has Shut Us Out, Say They Can't See Us - Parents Of 39 Abducted Kaduna Students

Another distraught parent disclosed that no one, the bandits, the government or security agents had contacted them. 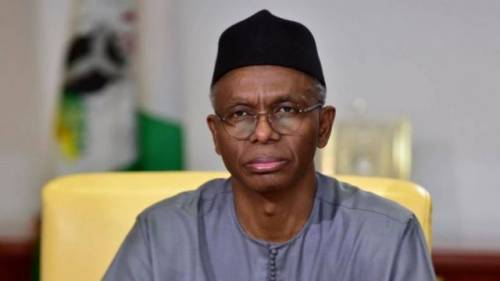 A report by Daily Post has shown that as the 39 abducted students the Federal College of Forestry Mechanisation, Kaduna State, spend two weeks in captivity, some of the parents have developed high blood pressure and some have been hospitalised.

One of the parents, Samuel Kambai, told Daily Post on Thursday that the parents have been going through unthinkable trauma for the last 14 days, with many of them unable to sleep, others developing high blood pressure, and some in the hospital.

“To be honest with you, on this matter we have not been sleeping; some of the parents have developed high blood pressure. I just came out of St Gerald Hospital where I went to see some fellow parents there because of the condition of their children.

“Like one of us, her only child, a girl is today in the bush, so we feel bad. We are not happy about it and don’t know what to do. Some of the parents even said we should go into the bush and begin to search for our children because we have been hoping that the government would do something, but up till now, they have still not done anything,” he said.

A widow whose only child was abducted, presently has her world hanging in the balance.

Another distraught parent disclosed that no one, the bandits, the government or security agents had contacted them.

He added that they had also tried in vain to call the phone numbers of their children.

“We even tried to see the minister of environment while he was in Kaduna but he denied us access. We also tried seeing people from the state government but we got the same response, saying they can’t see us.

“We have not heard anything from them. We are the ones trying to contact them but to no avail,” he said.

“As far as I’m concerned, before now, Governor Nasir El-Rufai made a statement that he was ready to negotiate with bandits and even pay them money to ensure there would be no more kidnapping or killing in the state, but unfortunately we are surprised to see that this same governor who made this statement has come out to say that he is not ready to negotiate with bandits. We believe that if it were to be his children, they would be out by now. But since they are not his, that is why he is making such statements.

“We are now saying they should connect us with these people so that if it comes to it, let us make negotiations with them to get our children back. We are ready to do that if they are not ready, because we are tired of waiting and our children are still in the bush; we just want our children back,” the parent added.