It was learnt that the dubious FRSC personnel were arrested at the licence centres in Coke-Aguda, University of Lagos, Ikeja, Iponri, Bariga, Ojo, and other areas. 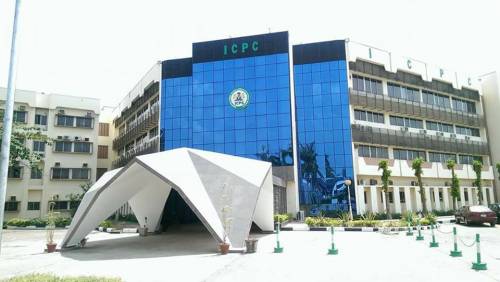 25 officials of the Federal Road Safety Corps in Lagos State have been arrested by operatives of the Independent Corrupt Practices Commission and other Related Offences Commission.

The FRSC officials were arrested at the various Driver’s Licence Centres for bribery to the tune of N1million.

SaharaReporters reports that the dubious FRSC personnel were arrested at the licence centres in Coke-Aguda, University of Lagos, Ikeja, Iponri, Bariga, Ojo, Town Planning Ilupeju, Eti-osa, Agege and Oshodi areas, while over N1million was recovered from them.

According to the ICPC on Saturday, the need to rid the FRSC of corruption led to a collaboration between the two agencies, which led to an exercise, Operation Tranquility, which was carried out nationwide.

The ICPC in a statement said that the highest bribery amounts were recovered in Lagos State.

The commission said, “The collaborative exercise was aimed at arresting FRSC officials who extort motorist on the highways. As a result of the exercise, over 100 FRSC Officials have been arrested across the country while a huge amount of funds taken as bribes have been recovered.

“With the launch of “Operation Tranquility”, the stage was set for a joint operation by ICPC, FRSC and the Department of State Services across the nation. The first phase of the operation was in the six states of Kaduna, Rivers, Ogun, Kogi, Bauchi and Abia States, while Tranquility Phase 2 was conducted in Ondo, Zamfara, Yobe and Imo states.

“Under Phase 4, the operation was carried out in 10 Driver’s License Centres in Lagos State. The Centres were in Coker/Aguda, University of Lagos, Ikeja, Iponri, Bariga, Ojo, Town Planning Ilupeju, Eti-osa, Agege and Oshodi.

“The highest amount recovered from corrupt road safety officials was N1,063,920 under Tranquility Phase 4 and 25 road safety officers were picked up, while 33 personnel were arrested under Phase 5 with N45,870 recovered.”

The commission noted that the suspects were granted administrative bail, adding that further investigation ongoing.

“Others are undergoing administrative disciplinary procedures while some are being prosecuted in Federal High Courts across the country,” it added.