The Amotekun operatives apprehended the gunmen on Monday, and when they were quizzed, the suspects confessed to be heading for Igbo Nla village. 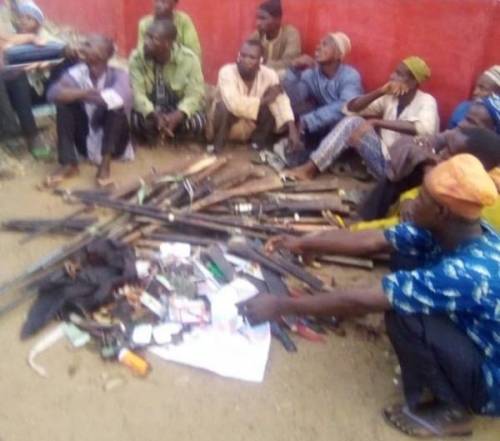 According to SaharaReporters, the operatives of the Western Security Network, also known as Amotekun, have rounded up 16 armed Hausa gunmen.

The gunmen were nabbed in the Ori Awo area of Oyo town in Oyo State, by the Amotekun operatives who recovered 18 rifles from the gang.

It was learnt that the Amotekun operatives apprehended the gunmen on Monday, and when they were quizzed, the suspects confessed to be heading for Igbo Nla village and the Old Oyo National Park to cause mayhem.

The Oyo State chapter of Amotekun confirmed the arrest of the suspects, adding that they had been handed over to the Atiba Divisional Police Headquarters for further questioning and prosecution.

“The 16 Hausa men were all armed and we counted 18 locally made rifles in their convoy. They claimed to have come from Sokoto State. They are suspected to be here in furtherance of the reprisals on the Hausa-Yoruba clashes in Shasha market, whose tension is just gradually dying down.

“But we have handed them over to the police. We hope the police authorities will do the needful,” a source said. 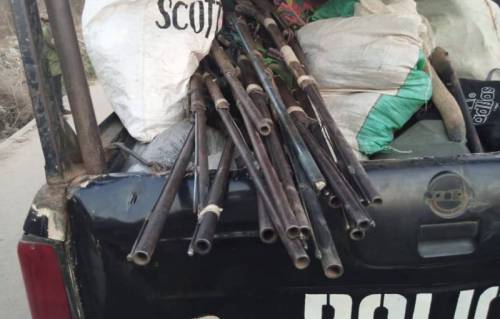 A media group in Oyo State, Oyo Affairs, also obtained and shared the photographs of the arrested Hausa gunmen.

On January 26, Amotekun had intercepted a truck loaded with gunmen suspected to be herdsmen heading for Igangan community in the recently troubled Ibarapa area of the state.

While the truck that brought the men on Monday was reportedly from Sokoto State, the truck intercepted in January was from Kebbi State and was registered with registration number TUR30ZY.

The Amotekun officials at the time found 25 guns and 10 dogs in the truck alongside the suspects.

SaharaReporters was told that the suspects had been handed over to the police authorities in Ido for more profiling.

Nothing significant has since been heard from the police on the arraignment or trial of the suspects.