The government of Kaduna state despite sharia that forbids alcohol got its highest tax payment from Nigerian Breweries Plc. 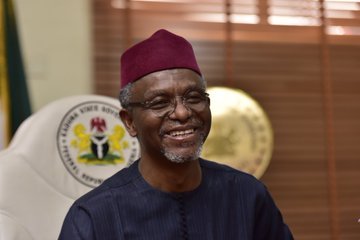 Governor El-Rufai of Kaduna state
It has been revealed that Kaduna state got its highest tax payment from the Nigerian Breweries Plc (NB), an alcoholic and non-alcoholic breverage company.
Gazette Nigeria reported that this was the case after the company was recognised as the biggest taxpayer in Kaduna, bagging the Kaduna State Internal Revenue Service (KADIRS) 2020 Highest Taxpayer, Pay-As-You-Earn Award.
The company engages in the brewing and marketing of Lager beer, Stout and non-alcoholic malt drinks. The company’s product range includes Star, Gulder, Legend Extra Stout, Maltina and Malta.
However, the state has been accused of hypocrisy by Nigerians who believe that as one of the northern states practising Sharia law, it shouldn't be getting proceeds from the sale of alcoholic products.
Moreso, the state prohibits the sale or consumption of alcoholic beverages.
There have been many instances of destruction of alcoholic beverages in states such as Kano, Bauchi and Jigawa where Shari’a Law is practiced, to the chagrin of citizens who wonder why states who share from revenues accruing from sale of alcoholic beverages across the country could hypocritically ban the same in their domain on religious grounds.
The Executive Chairman, KADIRS, Dr Zaid Abubakar, described Nigerian Breweries at the agency’s 2020 Grand Dinner and Award Night, in Kaduna on Friday, as one of the “committed” taxpayers in the state.
Mr Abubakar urged other corporate organisations to emulate Nigerian Breweries and other committed taxpayers in the state by paying the needed tax voluntarily and as and when due.
“The essence of the award was to motivate taxpayers in the state to continue to pay their taxes voluntarily so that the state government will continue to deliver quality services to the people,” he explained.
Receiving the awards from the state’s finance commissioner, Abbay Ajayi, the company manager in Kaduna thanked KADIRS for recognising the efforts of the company in fulfilling its tax obligation and contributing to the development of the state.
Mr Ajayi said that the Nigerian Breweries has paid a total of N1.4 billion to Kaduna state government as PAYE and levies, among others between 2018 and 2020.
“We have equally paid N315 million to Kaduna State Water Cooperation as water bills from 2016 to date.
“We have so far invested N45 billion in Kaduna state from inception to date and planned to invest N7.0 billion in the state in 2021 alone.
“Kaduna has been a home for all of us at the Nigerian Breweries since the 1960s and we are still thriving due to the conducive business environment that have made Kaduna more home than any other,” he said.
He reiterated Nigerian Breweries’ continued investment and support to the development agenda of the Kaduna state government and Nigeria.
A total of 23 taxpayers were honoured as part of efforts to encourage voluntary tax compliance and boost revenue generation for the development of the state.
By ABEE - March 29, 2021