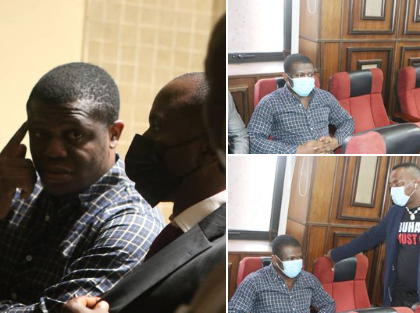 Presidential aide, Bashir Ahmad, has dismissed reports that a Nigerian pharmacist, Solomon Akuma, has been remanded in prison for criticizing President Buhari.

A report by Sahara Reporters stated that Solomon has been in detention for over a year. On Wednesday, March 24, Solomon was arraigned in court and was denied bail.

However, reacting to the report, Bashir said contrary to the claim, Solomon is being tried for saying he would pay an assassin to kill President Buhari and his former Chief of Staff.

See Bashir's reaction to the report below 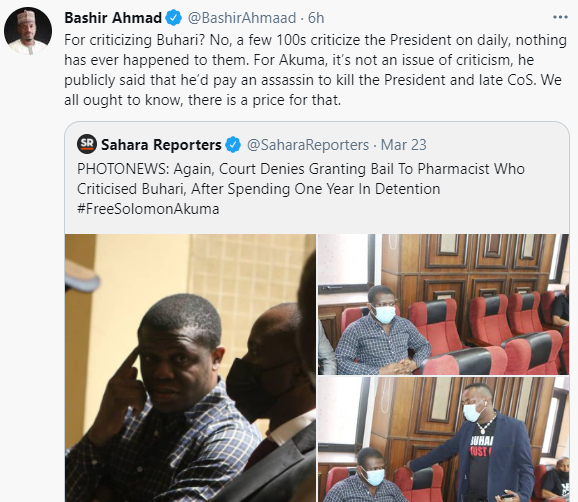