The American, who was picked at the airport on February 9 while making her way out of Nigeria, spent about 44 days in the police cell in Lagos. 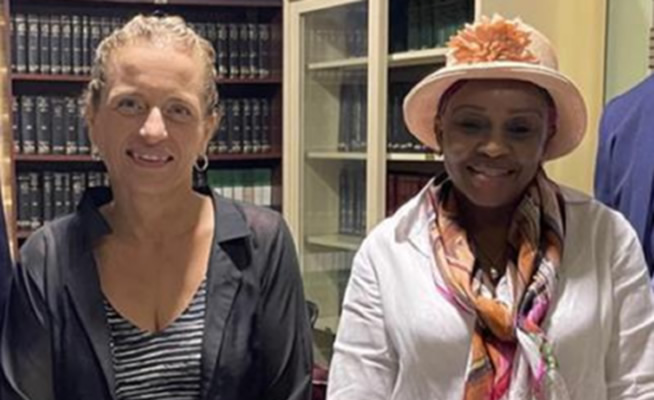 Kari R’ouke, an American lady, who was arrested and kept in custody over the death of her Nigerian host, Ayomide Michael, has been released by the police in Lagos on Thursday, The PUNCH reports.

The American, who was picked at the airport on February 9 while making her way out of Nigeria, spent about 44 days in the police cell in Lagos.

Her lawyer had raised the alarm over her continued detention by the police, saying he was “scared that something devastating may happen to Kari Ann R’ouke if she is not released forthwith.”

Adegboruwa said the police refused to release the American despite that the Lagos State Directorate of Public Prosecutions said there was no prima facie case against her and three others.

The American was said to have arrived in Nigeria on January 22, 2021, on the invitation of the late Michael.

She and Michael were said to have lodged in a hotel on Victoria Island on the same day, while Michael “became unconscious and lifeless” in the early hours of February 8.

After intercepting R’ouke at the airport, the police had submitted a case file to the Lagos DPP, seeking legal advice on the possibility of prosecuting her and three Nigerians for murder.

But a certified true copy of the DPP legal advice sighted by our correspondent indicated that the Lagos State Director of Public Prosecutions, Mrs. A. O. Adeyemi, on behalf of the state’s Attorney General, Mr. Moyosore Onigbanjo (SAN), advised against the prosecution of the American and other suspects, citing insufficient facts to sustain murder charges.

“It is trite that the prosecution is duty-bound to prove all the ingredients of murder and the absence of any of the elements will be fatal to the prosecution’s case.

“While the first element of the offence is present (i.e. the death of the victim) and confirmed by the Report of the Medical Examiner (Form E, Page C8), it cannot be established from the facts presented in the duplicate case file that the death of the deceased was caused by the acts or omission of the suspects.

“In the light of the above, this Office shall not prosecute the suspects,” the DPP had said in the legal advice.

Reacting to the eventual release of the American on Thursday, Adegboruwa, in a statement, appealed to the police to show greater respect for the rights of citizens.

He said, “This case has shown the intolerable level of impunity prevalent within the law enforcement agencies, whereby the police did not comply with a valid directive of the Ministry of Justice, which is the body recognised by the law for the prosecution of suspects. Kari Ann R’ouke was still being detained even after the police got the legal advice since March 5, 2021.”