The Saturday morning attack did not come as a surprise as residents had expressed fears of the insurgents plunging the city into darkness again as soon as the lights were restored. 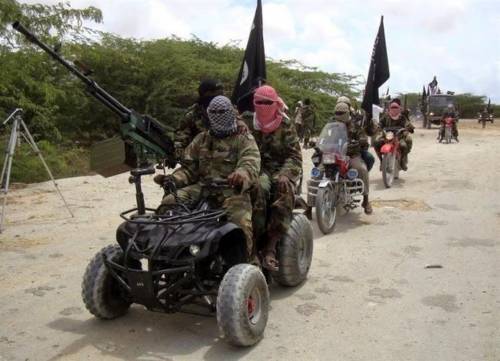 Only about 72 hours after electric power was restored in Maiduguri, Borno State capital, the deadly Boko Haram insurgents on Saturday blew up another transmission tower in the city.

According to Premium Times, sources said the insurgents planted explosives on each leg of the tower, which they detonated at about 6 a.m.

On Wednesday, jubilant residents of Maiduguri were seen in a video that trended on social media as they celebrated the return of electricity after nearly two months of blackout.

It took officials of the Transmission Company of Nigeria (TCN) that long to repair the transmission tower brought down by the insurgents at a location about 50km from Maiduguri.

While reconnecting the installation, three TCN officials were severely injured by a landmine planted by the insurgents. Another official was said to have lost his life after falling off a tower.

The Saturday morning attack did not come as a surprise as residents had expressed fears of the insurgents plunging the city into darkness again as soon as the lights were restored.

A security agent said the attacked tower was not far from the one brought down in January.

“It is a major setback for Maiduguri because the tower that was brought down has affected other poles,” he said.

“They planted bombs on each leg of the towér which caused it to go down, and they had also fired at some of the high tension wires that caused the lines to cut into bits,” he added.

It took officials of the TCN and the Borno government nearly two months to fix the first tower temporarily.

With the latest attack, Maiduguri residents would suffer from the attendant harsh economic impact the resumed blackout would cause.

The TCN and the Borno state government were yet to speak on the development when filing this report.