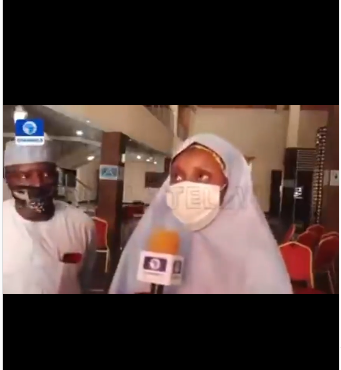 One of the kidnapped students of Government Science College in Kagara, Niger state has shared her experience while in captivity.

Hauwa Abdusalam who described the bandits as fearless and heartless, disclosed that the head of the bandits, Kachalla Ali swore to begin killing the men among them before the women if their demands were not met at the end of a deadline they gave.

She also disclosed that the bandits accused those in power of promising them something during election. Hauwa who recalled asking the bandits the promise the government made to them, said they told her that those in power promised them shelter, good hospitals and paying them salary, but reneged when they got into power.

The student who said her family had the highest number of kidnap victims, expressed gratitude to God for sparing her life.