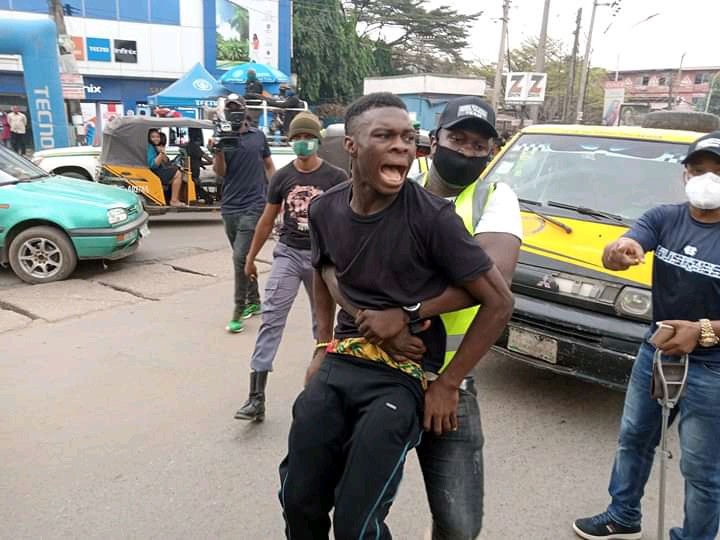 There was serious pandemonium in Onitsha on Tuesday as Anambra State Face Mask enforcement team arrested Nigerians who refused to wear their facemask.

The task force made of combined team of Police, Prison officials, traffic wardens and members of OCHA brigade swooped on defaulters and bundled them into a waiting mobile cell popularly called Black Maria for onward movement to the mobile court.
According to Naija Cover, the incident was witnessed at Ogbommanu Junction Onitsha and other places as people ran like they never did. Many left their shops and fled. Some were captured and dragged to the Black Maria.
Keke and bus drivers who got wind of the operation negotiated U-turn and fled.
Many others who had their facemasks inside their pockets,handbags or chin scampered for and fastened their facemasks.
It was indeed a full drama sketch as people literally laughed out their hearts.
The climax of it all was when a product promoter, a young man was demonstrating his dancing skill along the road without a facemask. An official promptly lifted him from the back and landed him on the Black Maria. He cried for help but it was late. 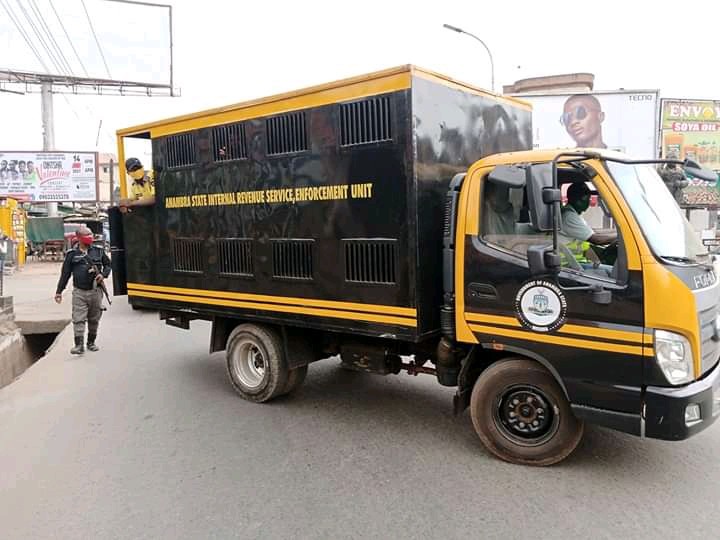 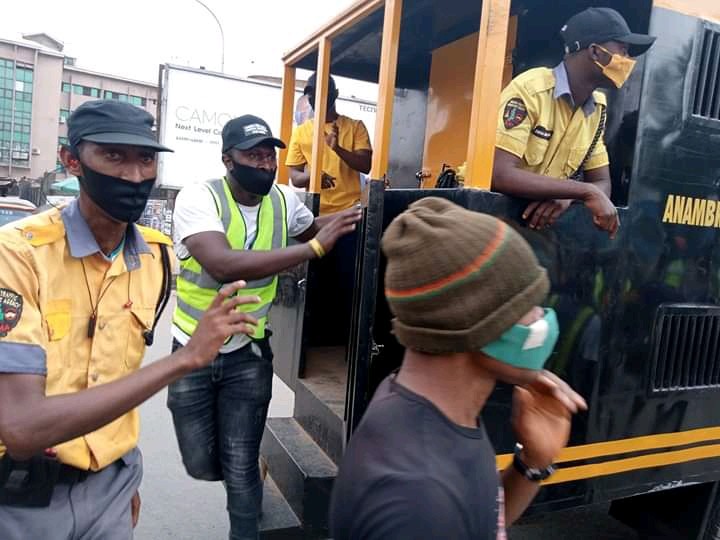