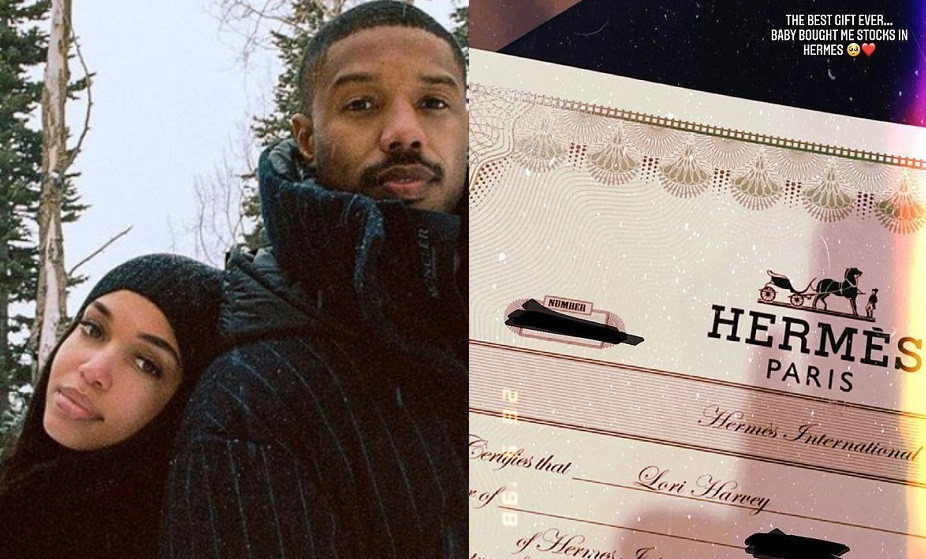 First, the American actor rented out an entire aquarium, where he spent his first Valentine's Day with new girlfriend, model Lori Harvey. The couple enjoyed a romantic private dinner on the far end of the underwater tunnel inside the aquarium. 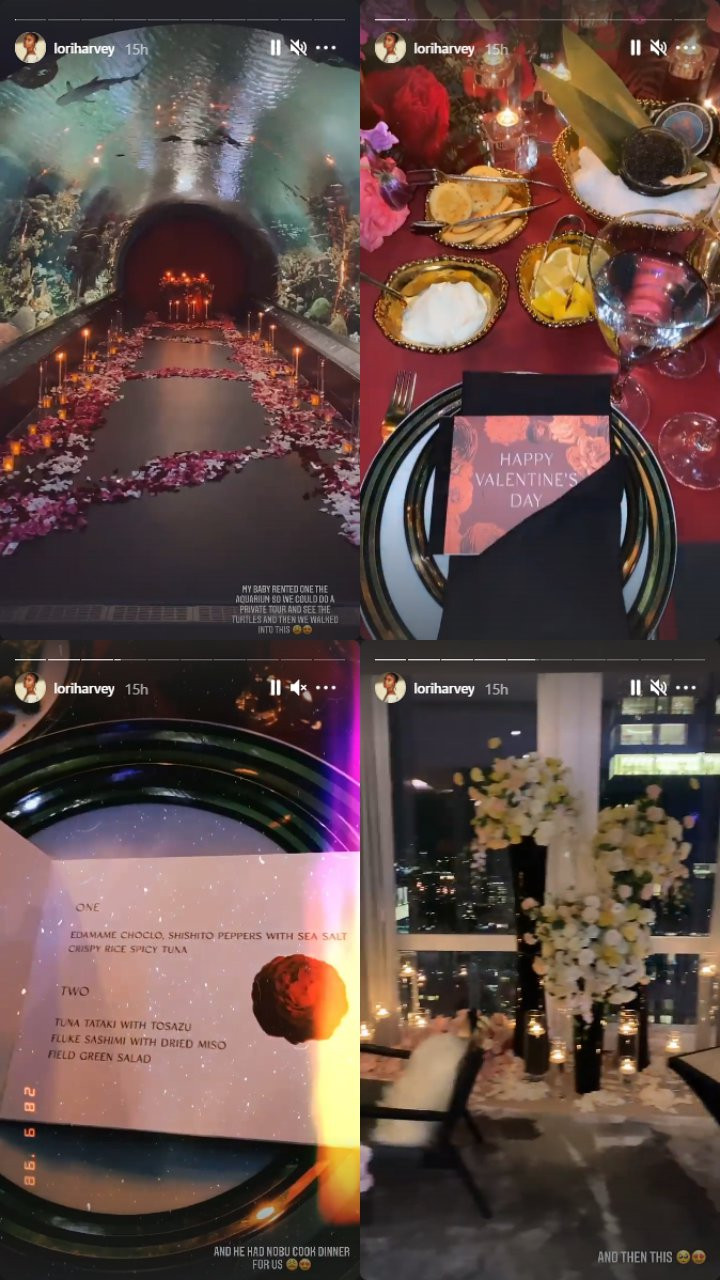 The 24-year-old daughter of TV host Steve Harvey, 64, also revealed her man bought her stocks in Hermes, describing the extravagant gift as "The best gift ever. "

Sharing a snap of the certificate from Hermes International, Lori wrote: 'The best gift ever...Baby bought me stock in Hermes.' 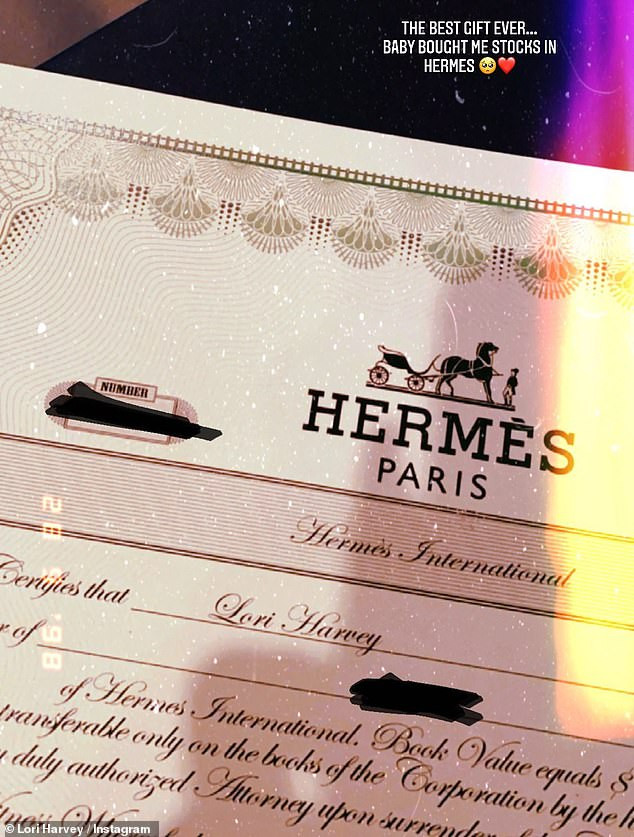