Woman Leaves Her Husband, Marries The DJ Who Played At Their Wedding 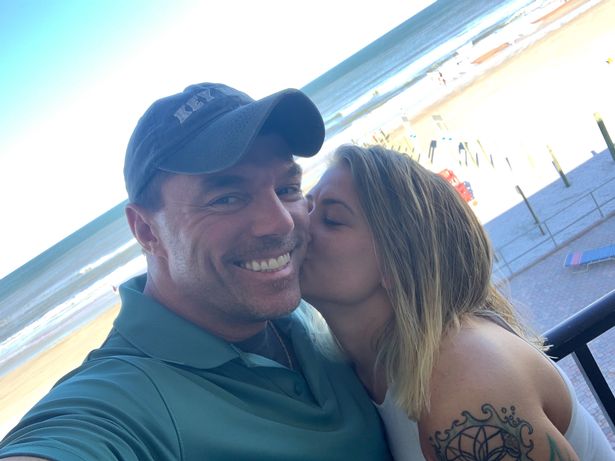 Mark was the DJ at Megan's first wedding – and now they're married and hoping to have kids (Image: MDWfeatures / @wearemarkandmegan)

Megan Stone, a 27-year-old woman has married the DJ who played at their wedding.

The woman, who fell for the DJ at her own wedding has explained how they got married at a ceremony five years after first meeting.

Megan Stone, 27, from Baltimore, Maryland, met Mark Stone, 51, in 2015 when she hired him to play music at her wedding to her first husband.

But, just one year into her marriage, Megan started to feel “neglected” and shared her woes with married business analyst and DJ, Mark.

The duo became close friends and moved to be together once both were divorced.

Despite worries that their 24 year age gap would cause issues the couple were recently married in North Carolina.

Megan explained: “We actually didn't have a proposal.

“We have had an engagement ring for a long while and we just decided let's go get married and move out to Utah.

“Married life has been good, doesn't feel too much different honestly to us.

“We are in love and have been for a long while but it's nice to be more ‘official’ in a sense, and I love having Mark's last name.”

The new bride did, however, admit that people sometimes mistook them for father and daughter.

She said that people are sometimes “shocked” that Mark is so much older as he looks very young.

Megan added: “Yes that [being mistaken for father and daughter] happens here and there but not too terribly often..

“Mark looks young for his age and I have an older soul for my age.

“Mostly people are shocked that the gap is so large given Mark looks great for 51. And I am 27.”

Both Megan and Mark’s families are accepting of their unusual relationship.

In fact, the couple decided to move to the Utah mountains because of Mark’s parents.

She said: “We moved to Utah because Mark was already out here visiting and helping his parents out with Covid and he loved it so much.

“He loved the people, the church and seeing mountain views everywhere he went and the fact that there were so many hikes to do.

“So I started looking for a nanny job out there on a whim and got one.

“So we decided to up and leave North Carolina for good and move out to beautiful Utah.”

Now, they’re planning to reverse Mark’s vasectomy in the hopes of having a child.

When it comes to the secret of a happy relationship, 27-year-old Megan had some advice.

She said: “Always be honest and open with each other, communication is so important. And also never stop dating.

“No matter how long you have been together always make time for each other and go on dates, getaways and do those 'just because gifts' it's important to always make each other feel loved and special.”