US Capitol Insurrection: Those who vilified Jonathan for conceding in 2015 can now see that it was neither easy - Reno Omokri 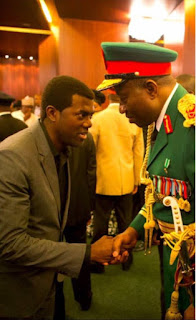 Omokri said those who villified Goodluck Jonathan for conceding in 2015 can now see that it was neither easy.

The former Presidential spokesperson described his former principal as a pride to the Black race, and also advised the US to learn from him.

I hope those who vilified @GEJonathan for conceding in 2015 can now see that it was neither easy, nor an act of cowardice. It took more hits and strength to concede than it does to conflict. Jonathan is a pride to the Black race, because we can now ask the US to learn from him!