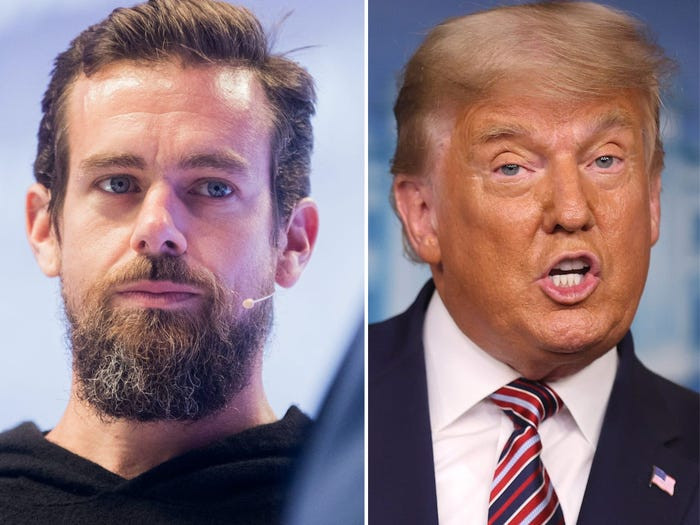 Twitter CEO, Jack Dorsey has said the decision to permanently ban U.S. President Donald Trump from the social media platform was the right decision after last week's violence at the U.S. Capitol.

Twitter last week removed Trump's account, which had 88 million followers, citing the risk of further violence following the US Capitol riot by supporters of the president.

In Jack's 13-tweet thread on Wednesday night, January 13, he described the situation surrounding Mr. Trump's permanent suspension as an "extraordinary and untenable circumstances."

He also said the ban was part of Twitter's failure to 'promote healthy conversation' across its platforms despite "a clear warning" to President Trump.

See his tweets below. 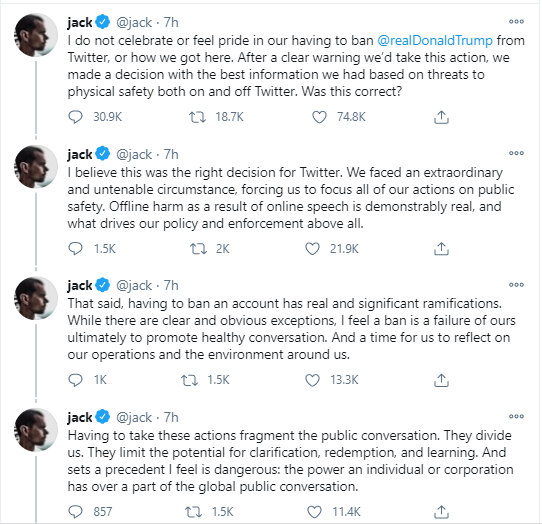 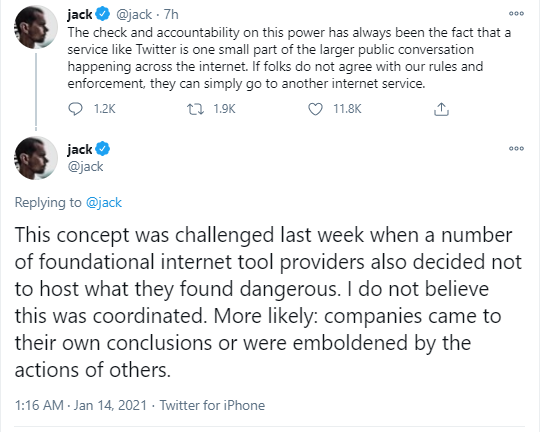 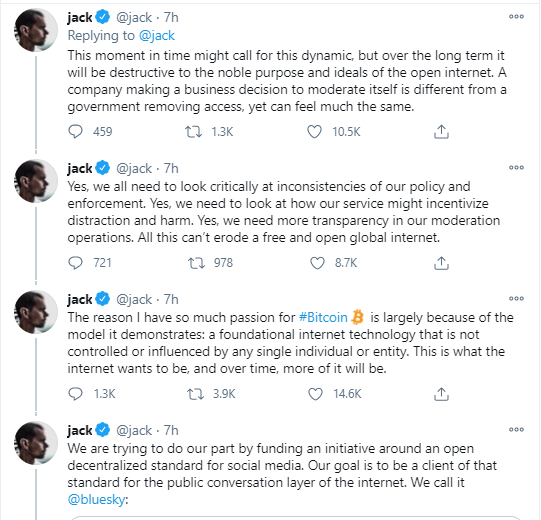 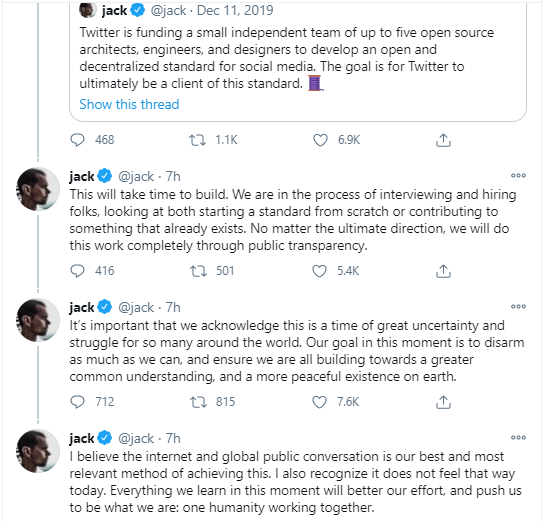