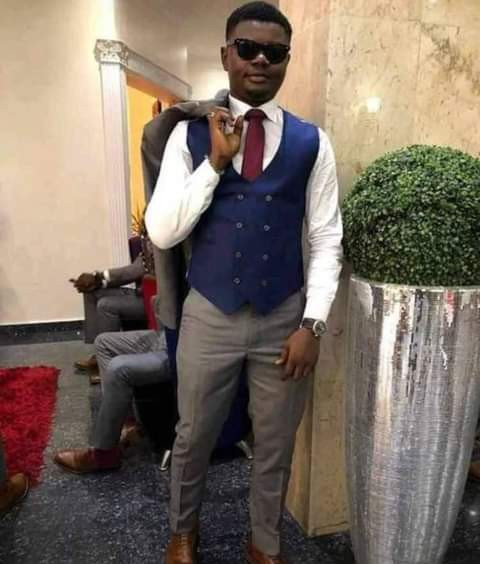 A young man identified as Ajitwewunmeshe Emmah has been killed by yet to be identified persons in Igarra, Akoko-Edo Local Government Area of Edo State

It was gathered that the young man popularly known as Lacomb was shot dead during a clash between two groups of masquerades after the annual Ekuochi festival on Monday, January 18.

However, another version said the clash might be connected to the on-going clashes among rival cult groups in the state. A member of the vigilante group in Igarra, who spoke to the Vanguard said;

“After the annual Ekuochi festival, there is always the merriment later in the evening when several masquerades and young people come back to town to continue the celebrations. On Monday, there were two masquerades that were permitted to come out but a third one came and instead of the members carrying sticks, they came out with knives, axes and machetes and there was clash and several persons were injured and some hospitalised but normalcy was restored later that evening. I was shocked when we heard in the early hours of yesterday (Tuesday) that the boy was shot dead.” he narrated.

Confirming the incident, the traditional ruler of Igarra, HRH Oba Adeche Saiki Otaru said the clash has some connection with Ekuochi and cultism.

"This Ekuochi festival was first banned and the ban lifted after they reached some agreement to be peaceful and this is the third one. I think we have to go back to square one about the banning because it is an abomination for any masquerade to use its cane on an elder in the community. Immediately the news of the death got to me, I immediately reported to the police and the army. They are already working to ensure there is peace in the land." he said.

The killing was said to have caused tension in the community. Many shops in Ugbogbo part of Igarra did not open and a local market popularly called Ofua-momo, which opens once in four days, was also deserted on Tuesday. 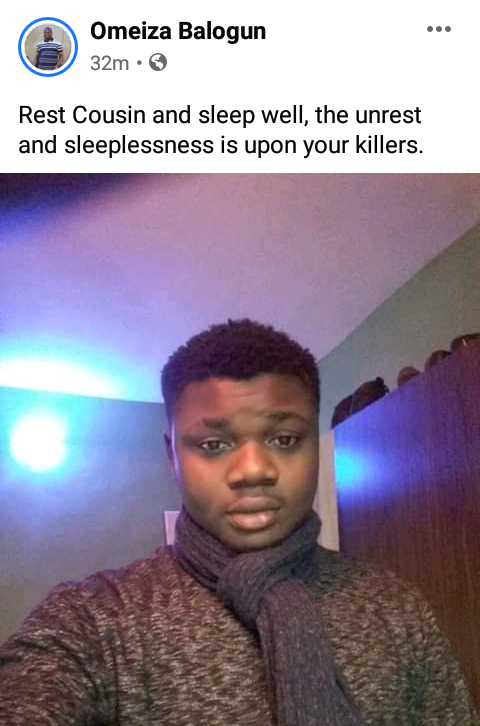 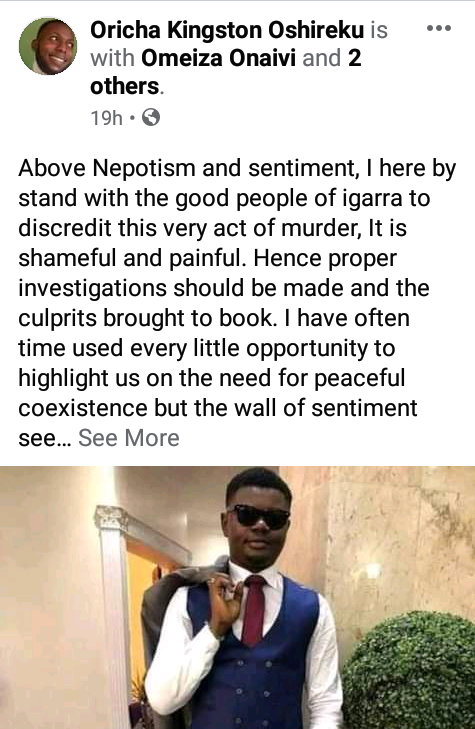 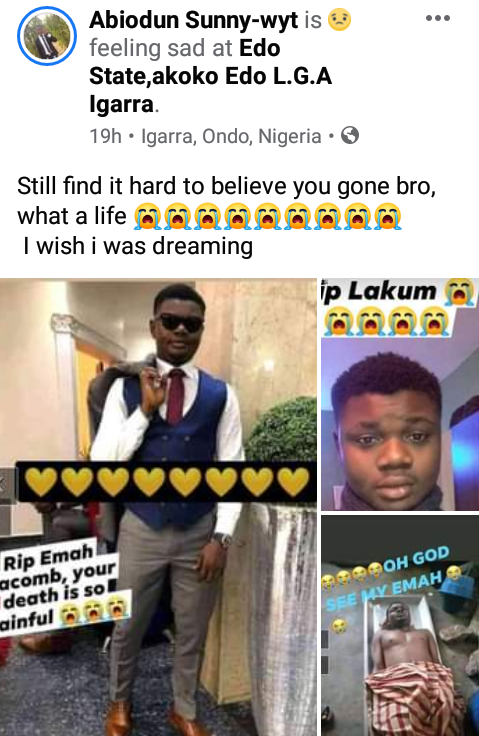 Posted by makarella at 3:12 PM