It was learnt that three persons, which comprised of two house wives, Rukaiyyat Salihu, Suwaiba Momoh and Momoh Jomih, who reside behind the orphanage home were also abducted by the Kidnappers. 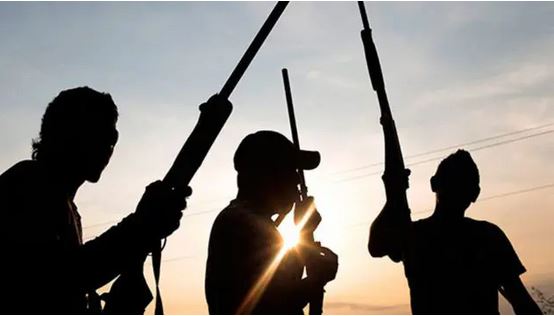 Some gunmen suspected to be kidnappers have invaded an Orphanage Home in Abuja, Daily Trust reports.

They stormed the Rachael’s Orphanage Home opposite UBE Junior Secondary School in Naharati, Abaji Area Council, Abuja, and abducted seven orphans, including a security guard of the home in the area.

Daily Trust learnt that three persons, which comprised of two house wives, Rukaiyyat Salihu, Suwaiba Momoh and Momoh Jomih, who reside behind the orphanage home were also abducted by the Kidnappers.

The names of the kidnapped orphans were Elizabeth Andrew, Dayo Udeh, Jacob Ukpas, Melody Ijeh, Benard Itim, Issac Mathew and Laruba Emmanuel as well as the security guard of the home, Joseph Mathew.

A resident of the area who preferred anonymity, said the incident happened on Saturday around 1:am when the gunmen in their large numbers with sophisticated weapons invaded the orphanage home.

He said the gunmen gained entrance through the main gate.

He said the gunmen forced the gate opened and went straight into the rooms of the orphans and whisked seven of them along side the guard at the gunpoint.

“In fact, they came in, in their large numbers heavily armed, even though they didn’t shoot as they carried out the operation quietly before they proceeded to neighbors houses,” he said.

A victim, Mohammed Nurudeen, whose wife, Rukaiyyat Salihu, was abducted by the gunmen, said he was sleeping when gunmen came and forcefully opened the door and whisked his wife away at gunpoint.

“I was sleeping when they came and threatened to shoot me if I refused to open the door for them, in which I refused until they forced the door opened and entered inside the room and whisked my wife away,” he said.

Nurudeen, who sustained bullet wound from the shot by one of the Kidnappers, said the gunmen spared him after they discovered that he was bleeding profusely due to gun shot.

The Chairman of the council, Alhaji Abdulrahman Ajiya, confirmed the incident via telephone interview with our reporter, saying he had alerted the relevant security agents about the incident.

When contacted, the spokesperson of the FCT police command, ASP Maryam Yusuf, confirmed the incident, even as she claimed that only six persons were kidnapped while one person has been rescued.

She said the command had deployed its men to the forest to ensure that the remaining victims are rescued unhurt.