Photos: 600 bandits and their commanders terrorizing Kaduna agree to surrender arms after meeting with Islamic scholar Sheikh Gumi in the forest 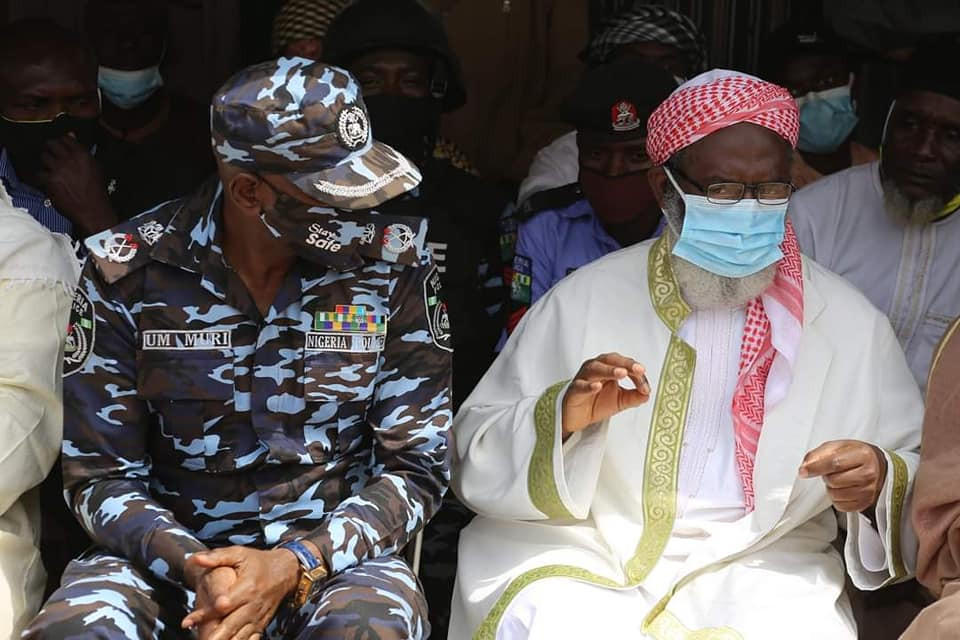 About 600 suspected bandits and their commanders, who have been terrorising communities in Kaduna State, have agreed to lay down their arms and embrace peace.

The bandits announced the decision after a meeting with Islamic Scholar Sheikh Ahmad Gumi and State Police Commissioner Umar Muri, in a forest in Sabon Garin Yadi, Giwa Local Government Area of the state.

It was gathered that Gumi preached to the bandits and pleaded with them to allow peace to reign. 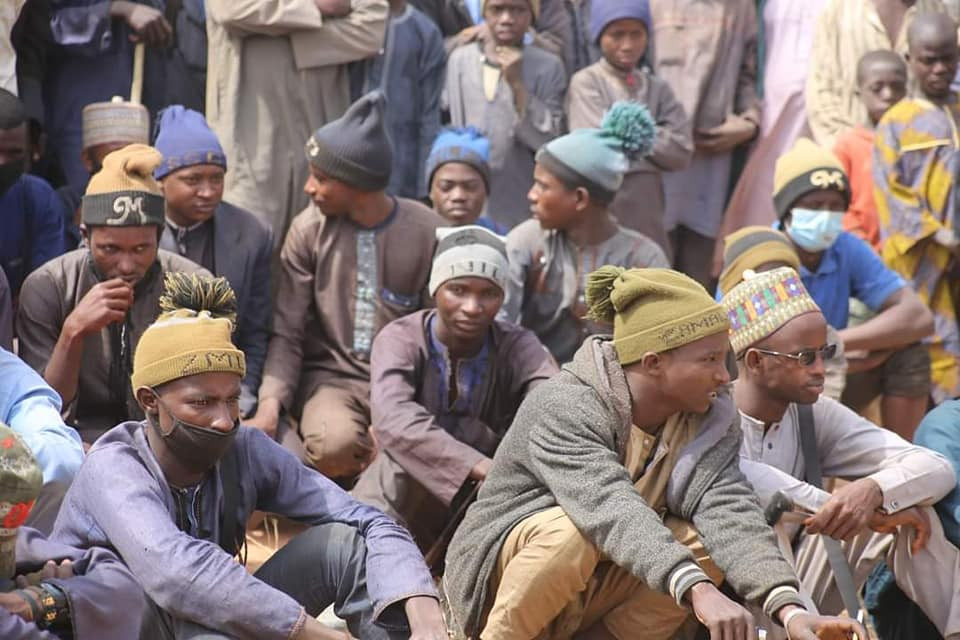 The bandits whose wives were seen in tears following the cleric’s message of peace, promised to cease hostilities and ensure security in Zaria, Giwa, and the Kaduna-Birnin Gwari highway. 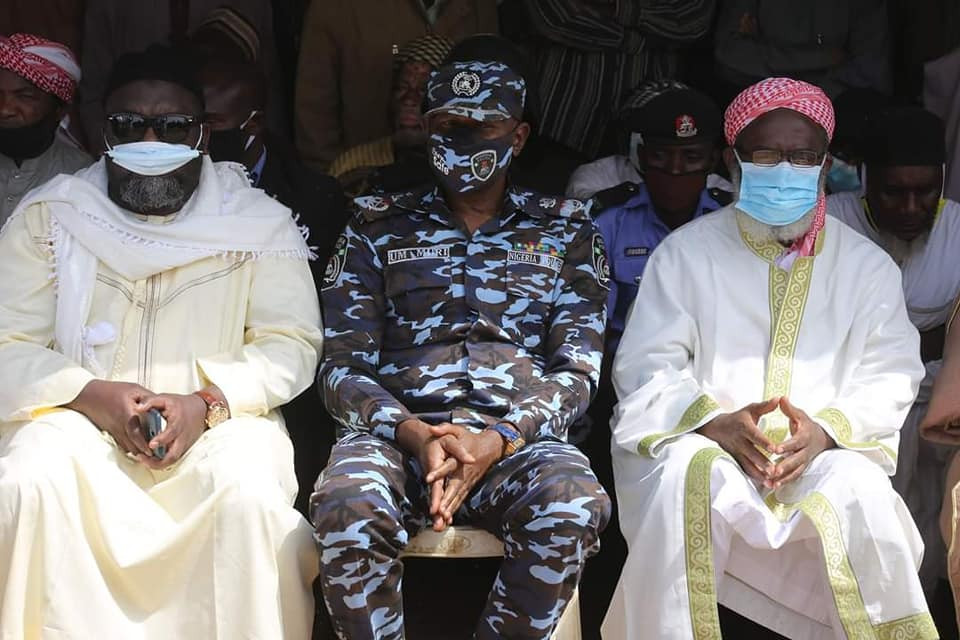 However, they warned that they would return to their old ways should security agents continue to harass their families and destroy their belongings.

They also vowed to go back to the forests should the government fail to fulfill their own part of the peace deal. The details of the deal were not made available.

The bandits gave rustling of their cattle, incessant harassment by security operatives, and neglect by the government as reasons for their resort to criminalities 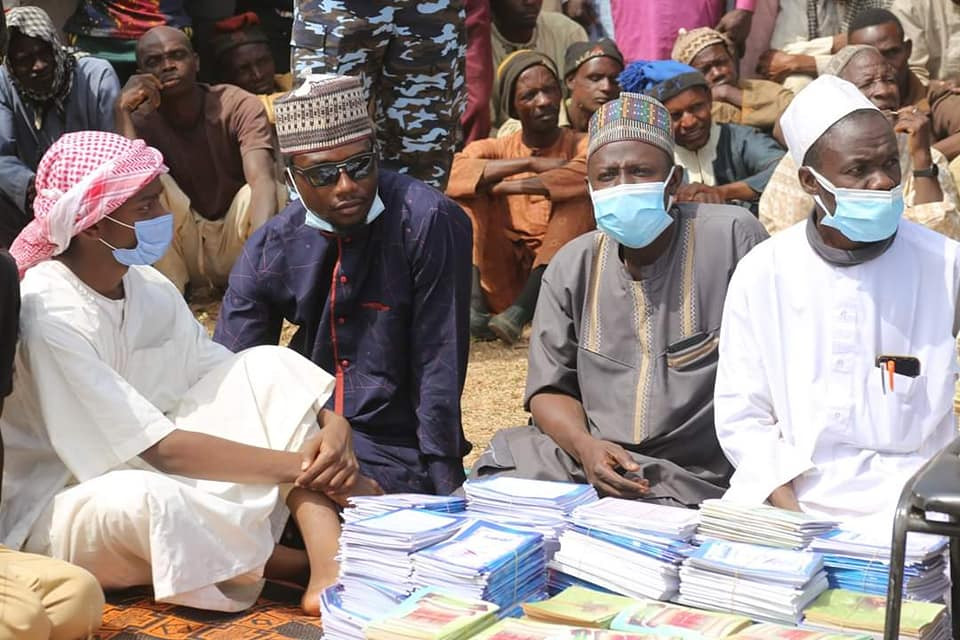 The commanders of the suspected bandits said over the years, they were subjected to   arbitrary arrests, extortion, and even killing of their innocent kinsmen by law enforcement agents.

"Thousands of our youths do not have anything to do, hence the decision to go into the forest. We also lack government’s presence. We don’t have basic necessities like water, schools, clinics and others in all our localities, so we felt that, as long as government and the society do not change their attitude towards us, there will never be peace.” one of the commanders said.

Sheiklh Gumi, who quoted verses of the Quran during his preaching said it was the first time he was hearing directly about their predicament. He also promised to see President Muhammadu Buhari on the issues raised by them

Gumi made a cash donation of N500,000  and distributed clothes and copies of Islamic books to them.

Police commissioner Muri, who represented Inspector-General (IG) Mohammed Adamu at the parley, assured them that he would deliver their message to the police authorities in Abuja. 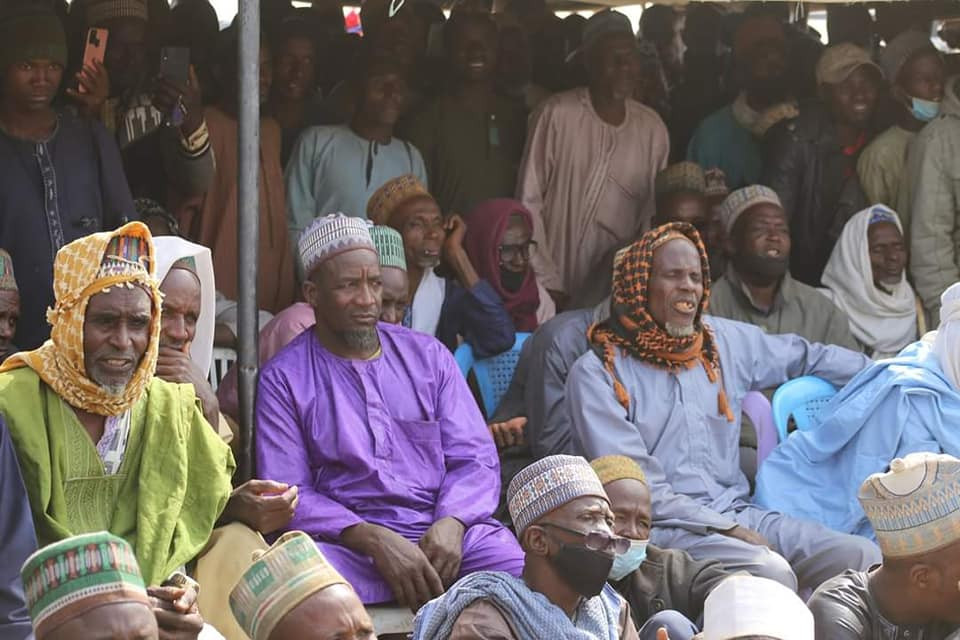 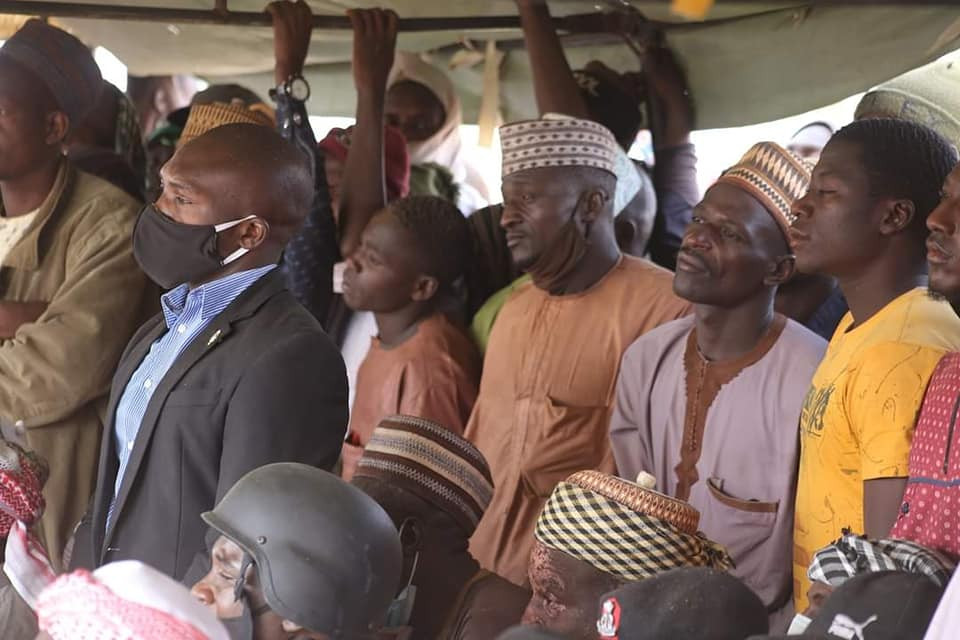 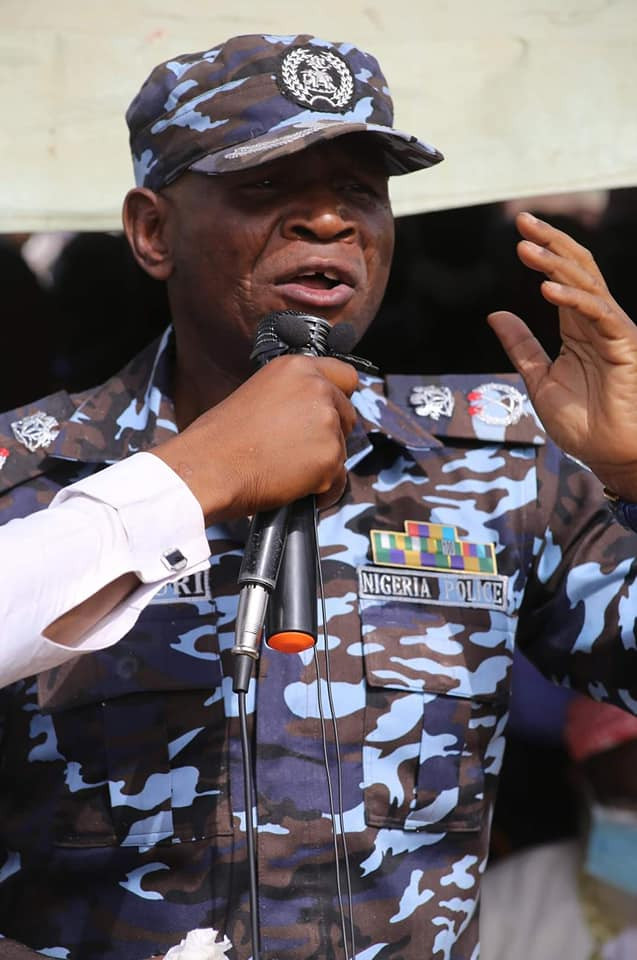 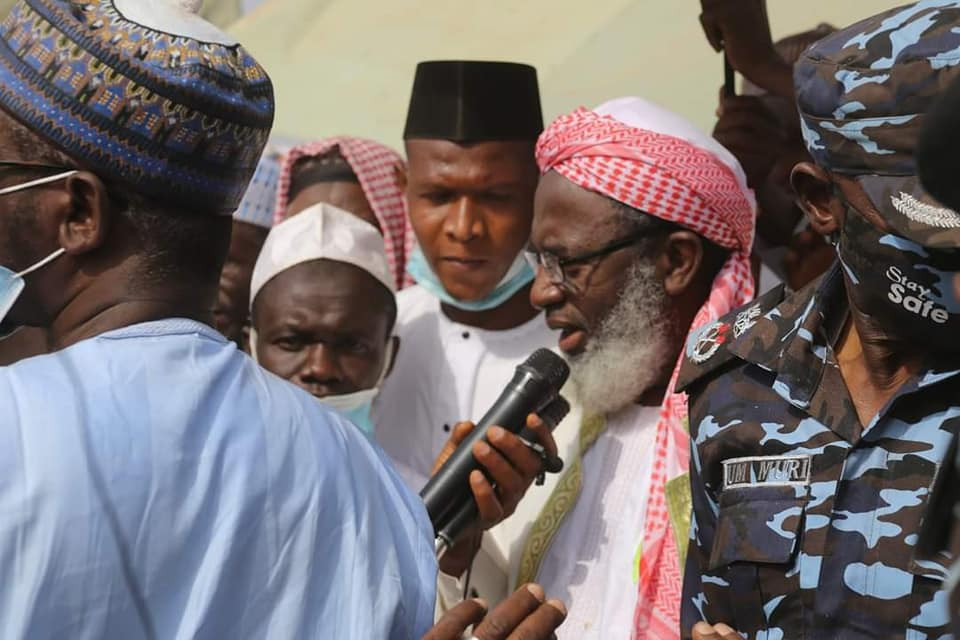 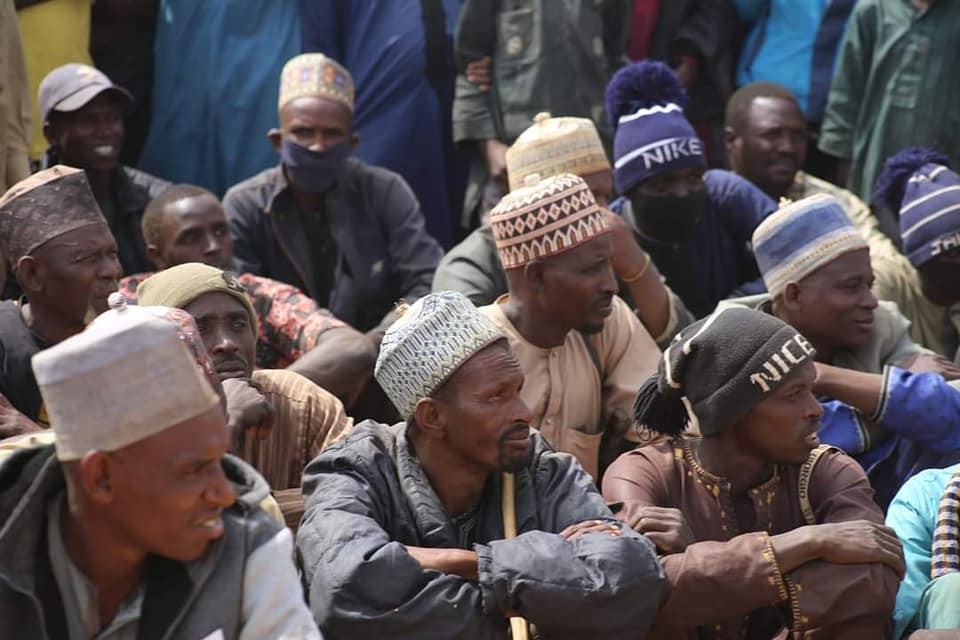 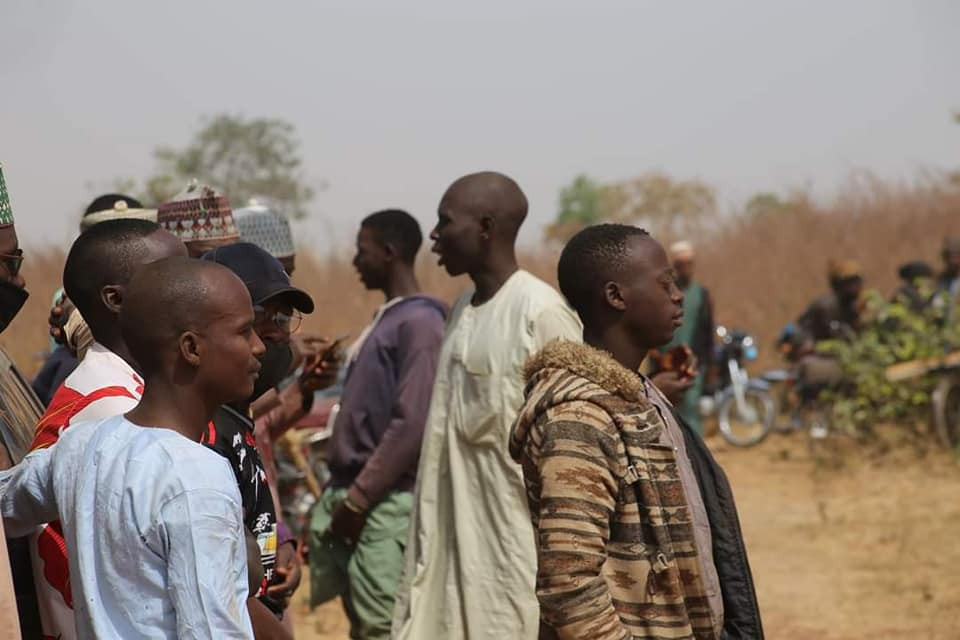 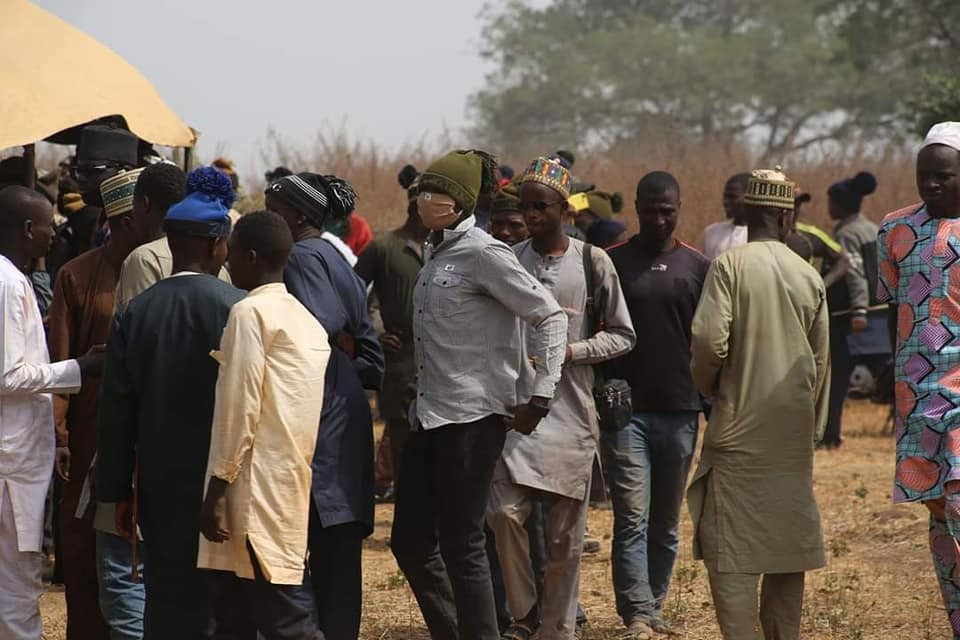 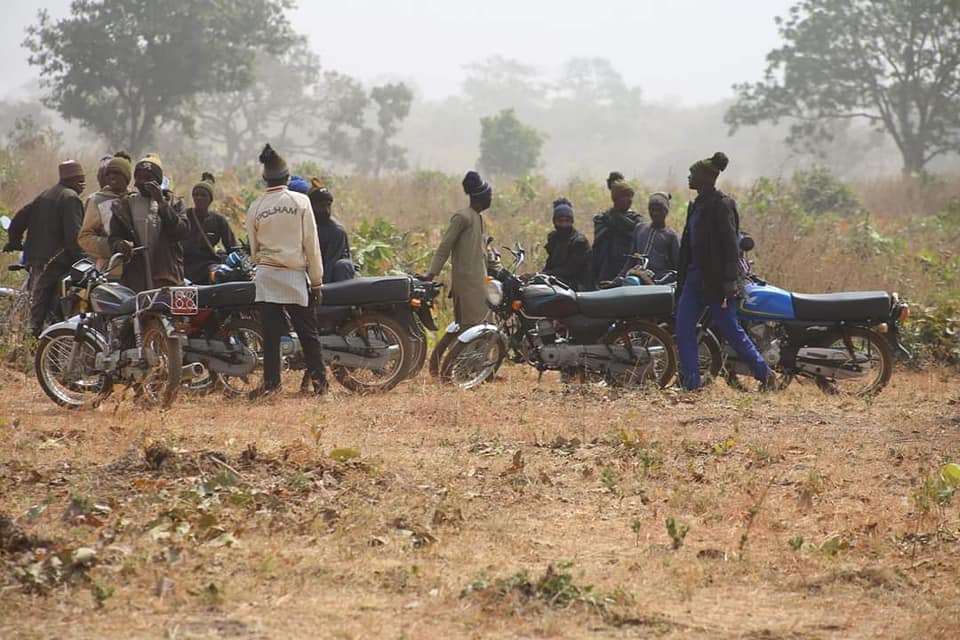 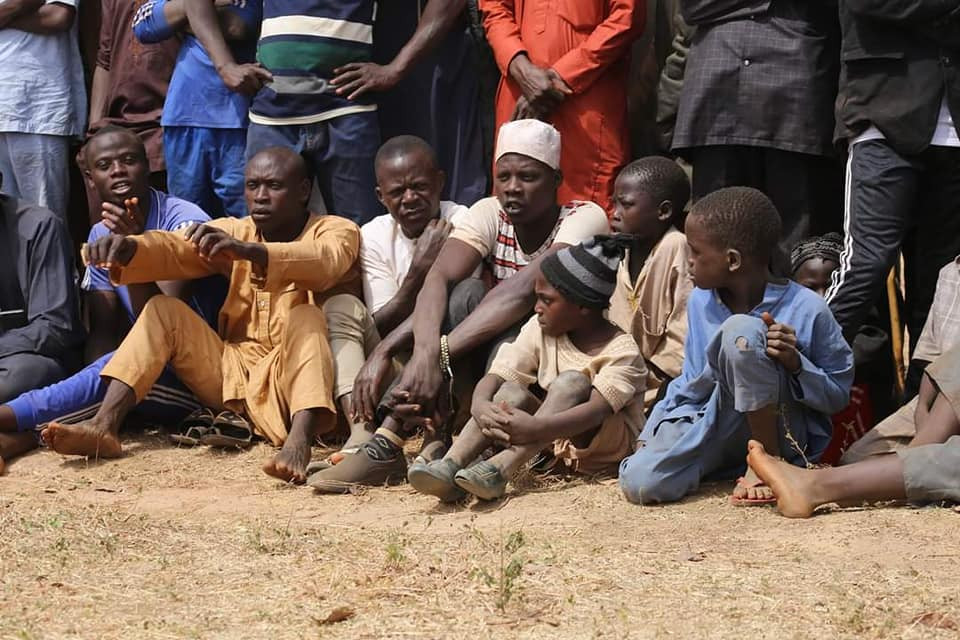 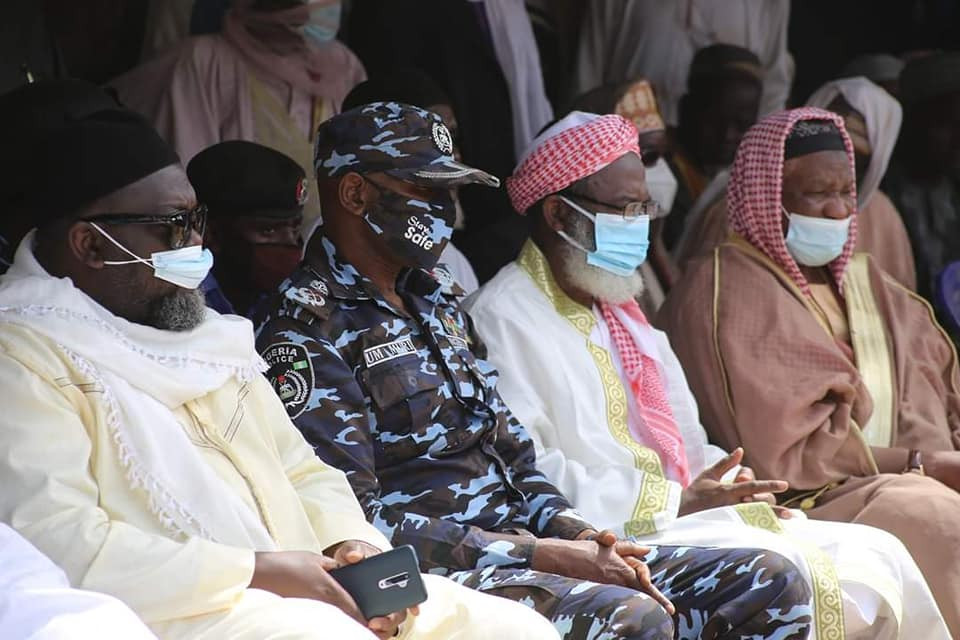