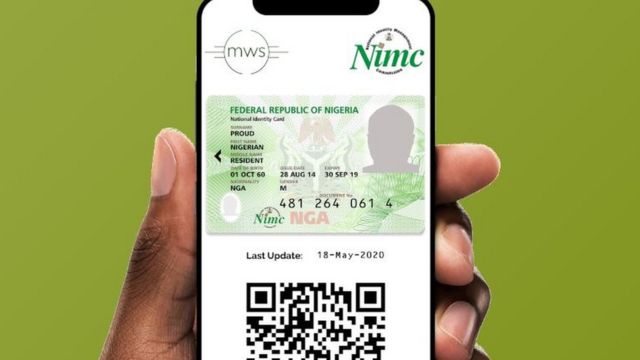 It has been revealed that National Identification Number holders are required to pay N15,000 to correct their dates of birth in the National Identity Management Commission’s database.

The National Identity Management Commission revealed this on Wednesday.

NIMC Regional Coordinator, Mrs Funmi Opesanwo, stated this on Wednesday at the commission’s office in the Alausa area of Lagos State.

According to her, NIN holders are also required to pay a processing fee of N5,000 for card renewal or card replacement as well as an address modification fee of N500.

She said there are different services that the commission offers, noting that NIN enrolment is free but there are fees attached to card renewal, correction of date of birth and change of address.

The NIMC official noted that the fees are payable to the Treasury Single Account of the Federal Government.

The PUNCH had earlier reported that the Federal Government through the Nigerian Communication Commission ordered telecommunications companies to deactivate telephone lines of subscribers who failed to link their phones to their National Identity Number.

But network subscribers have complained that those telcos have started blocking their SIM cards before the deadlines approved by the government.

Speaking on the large crowds that resurfaced on Wednesday, Opesanwo said, “When we came this morning, a lot of applicants complained that their SIM (cards) have been blocked and that is why we are experiencing this large number today.

“We are trying to manage the situation. Applicants have been seated and they came in for different services, so, there is no problem.

“We have to be mindful of the safety protocols and we cannot exceed the number of people, the capacity that we can take, we have to adhere to the guidelines.”

As of October, the total number of mobile network connections was 207.58 million, but currently, only 43 million Nigerians have NIN, thus 164 million telephone users are at the risk of being deactivated on January 19, 2021.