A young man named David Ntekim-Rex has died after he was shot on his way home from work and Nigerians are blaming his death on the state of the nation.

According to the cousin of the deceased, David, a product designer at Crevatal, was robbed and shot at Jibowu on Friday, Jan 15. 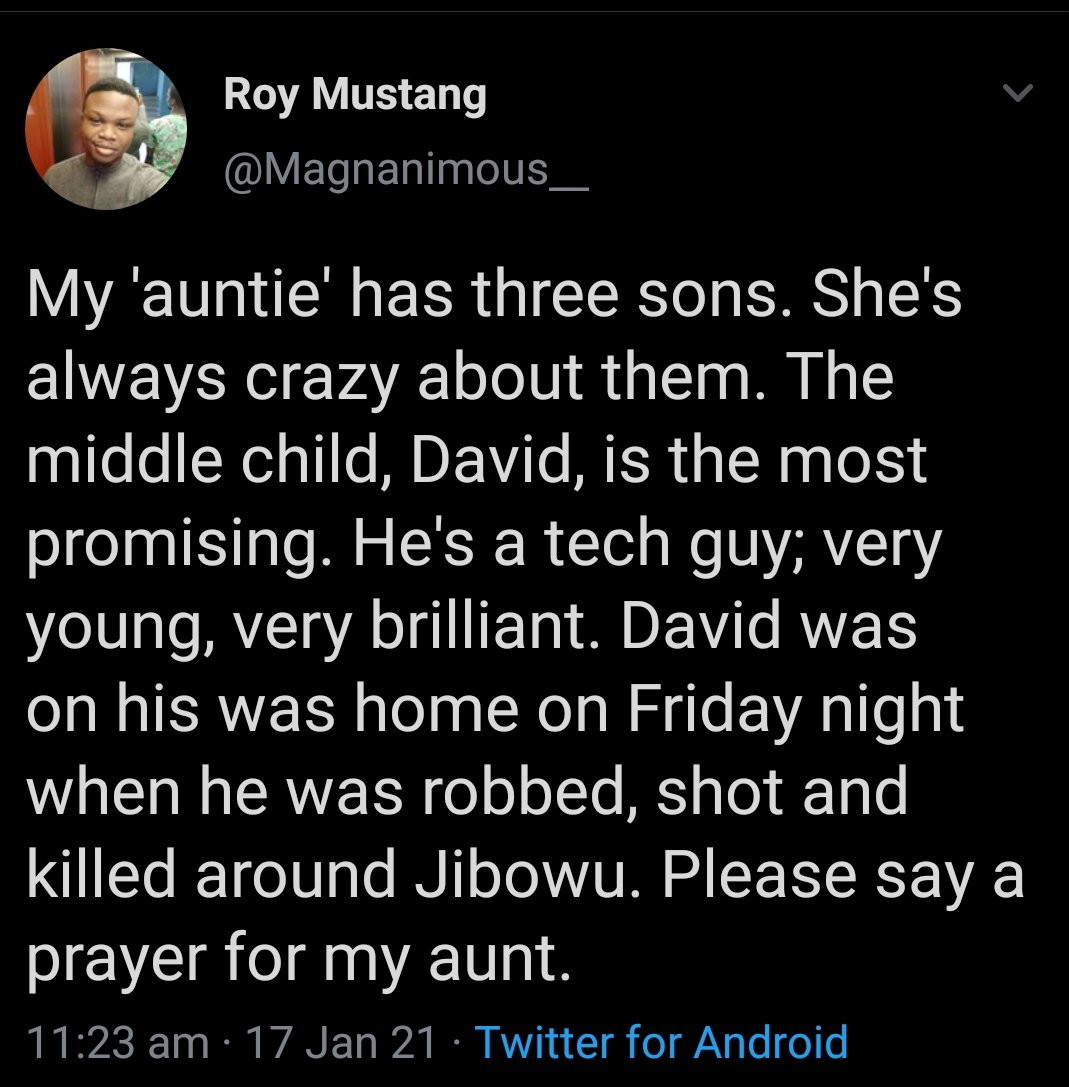 Hospitals allegedly refused to treat him because he had gunshot wounds.

He said the The police were also called while David was still alive but they allegedly held on to his body as evidence of robbery.

He died after losing so much blood. 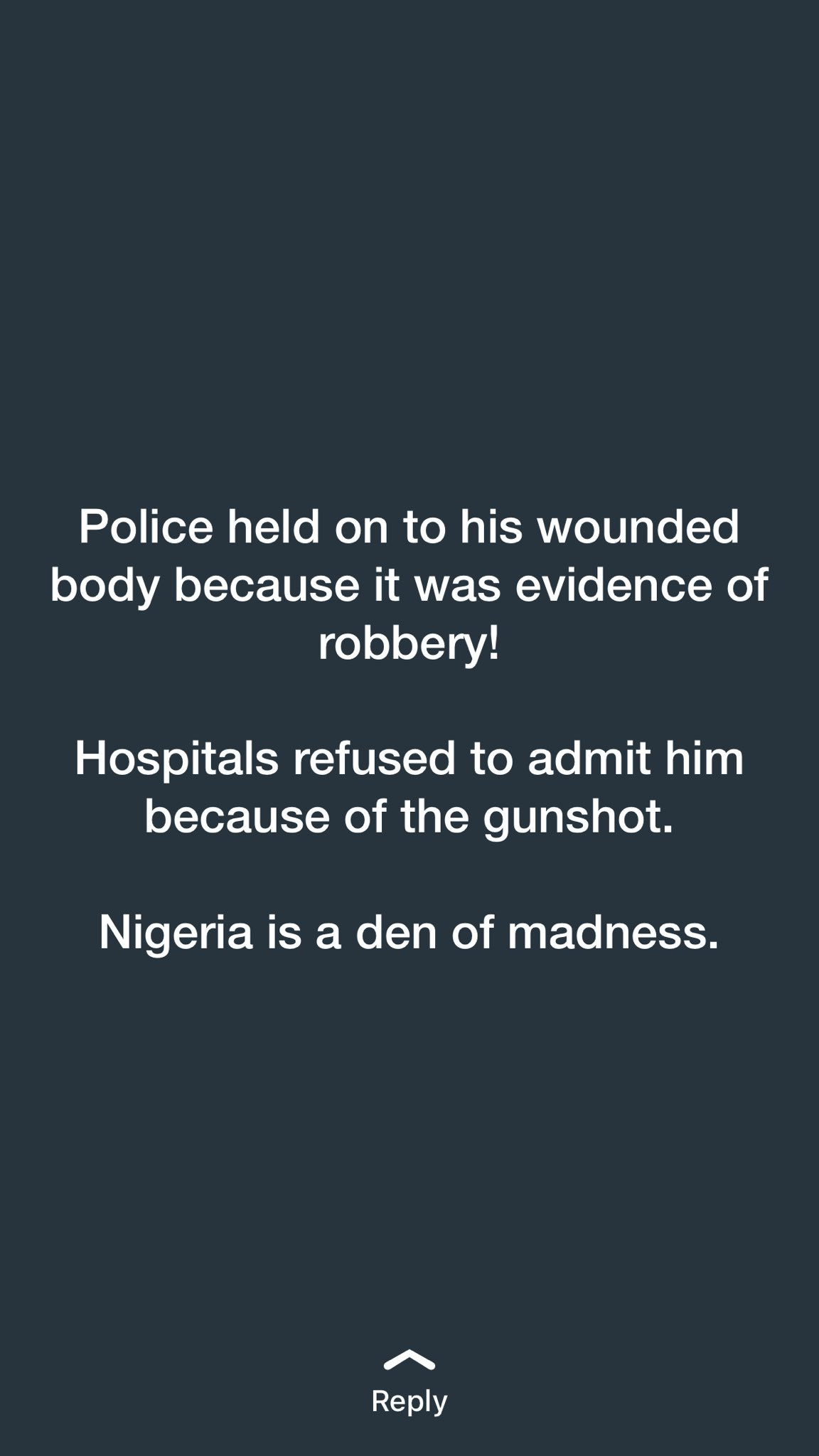 Nigerians took to Twitter to mourn him with the hashtag #RIPDavid. 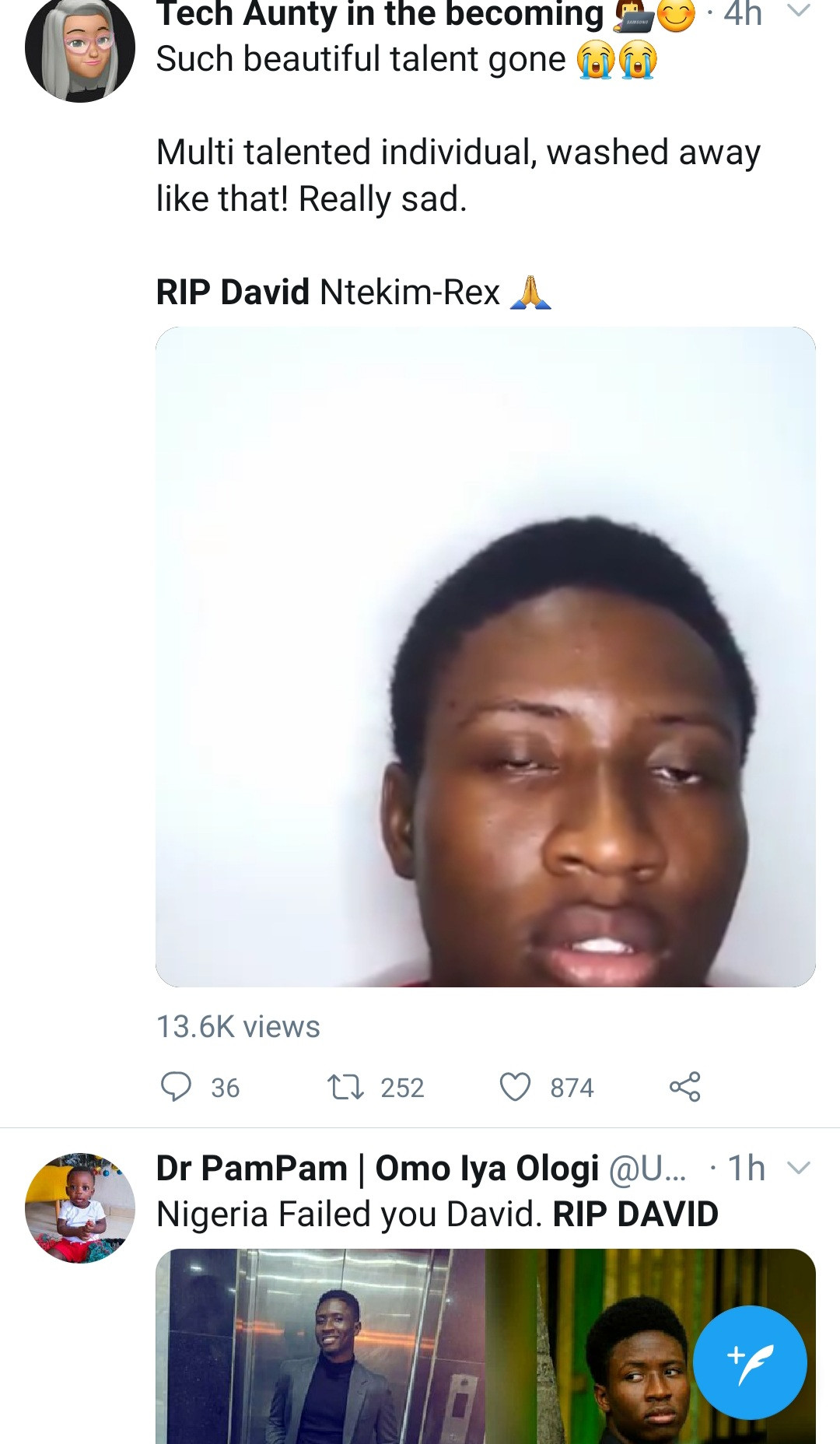 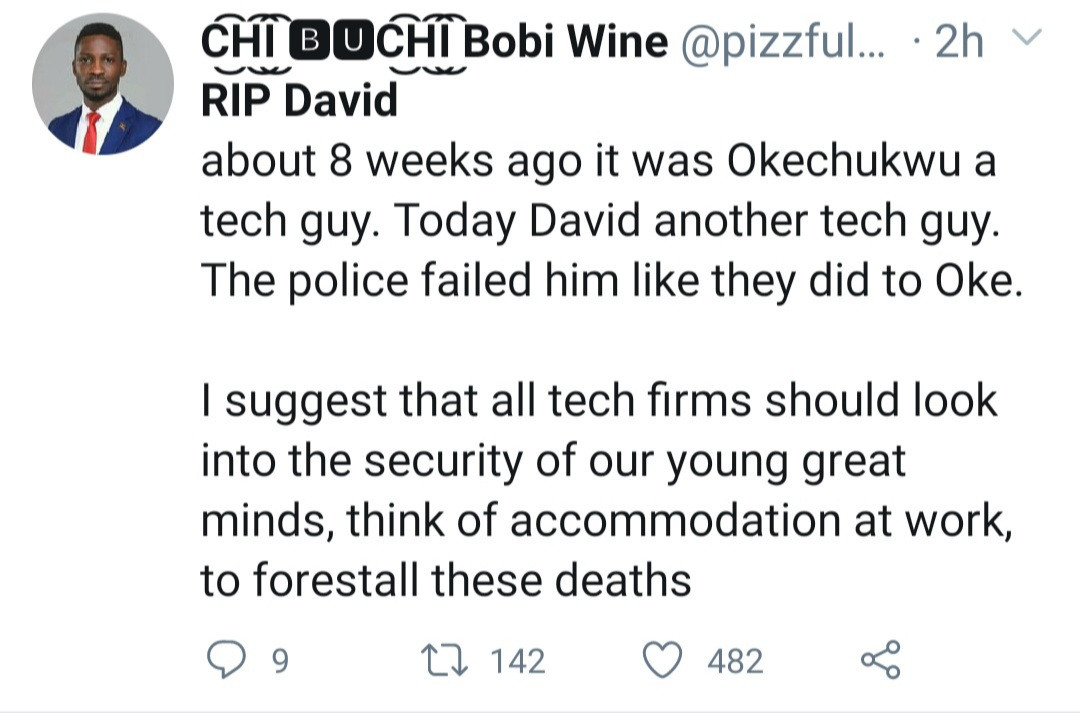 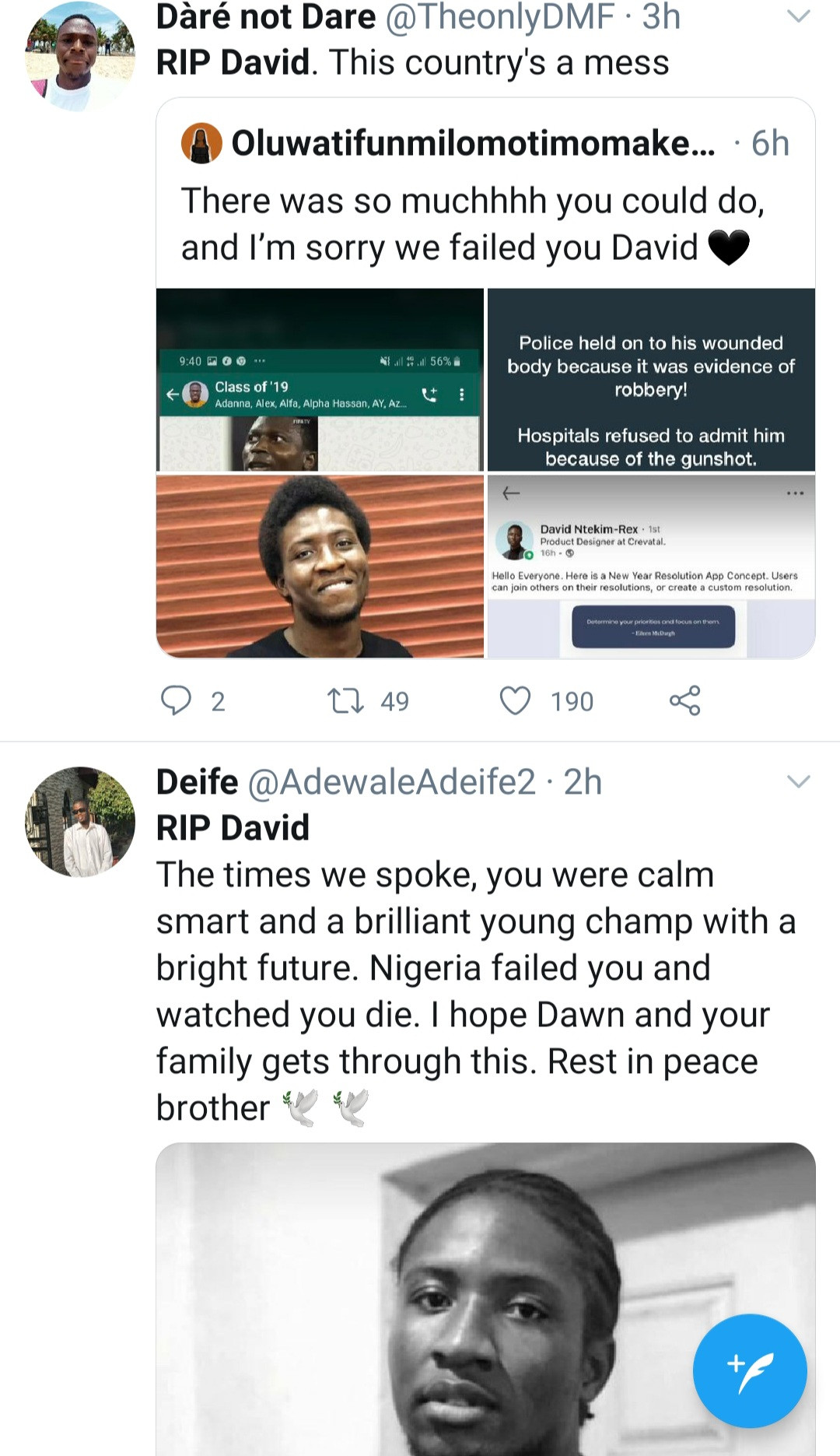 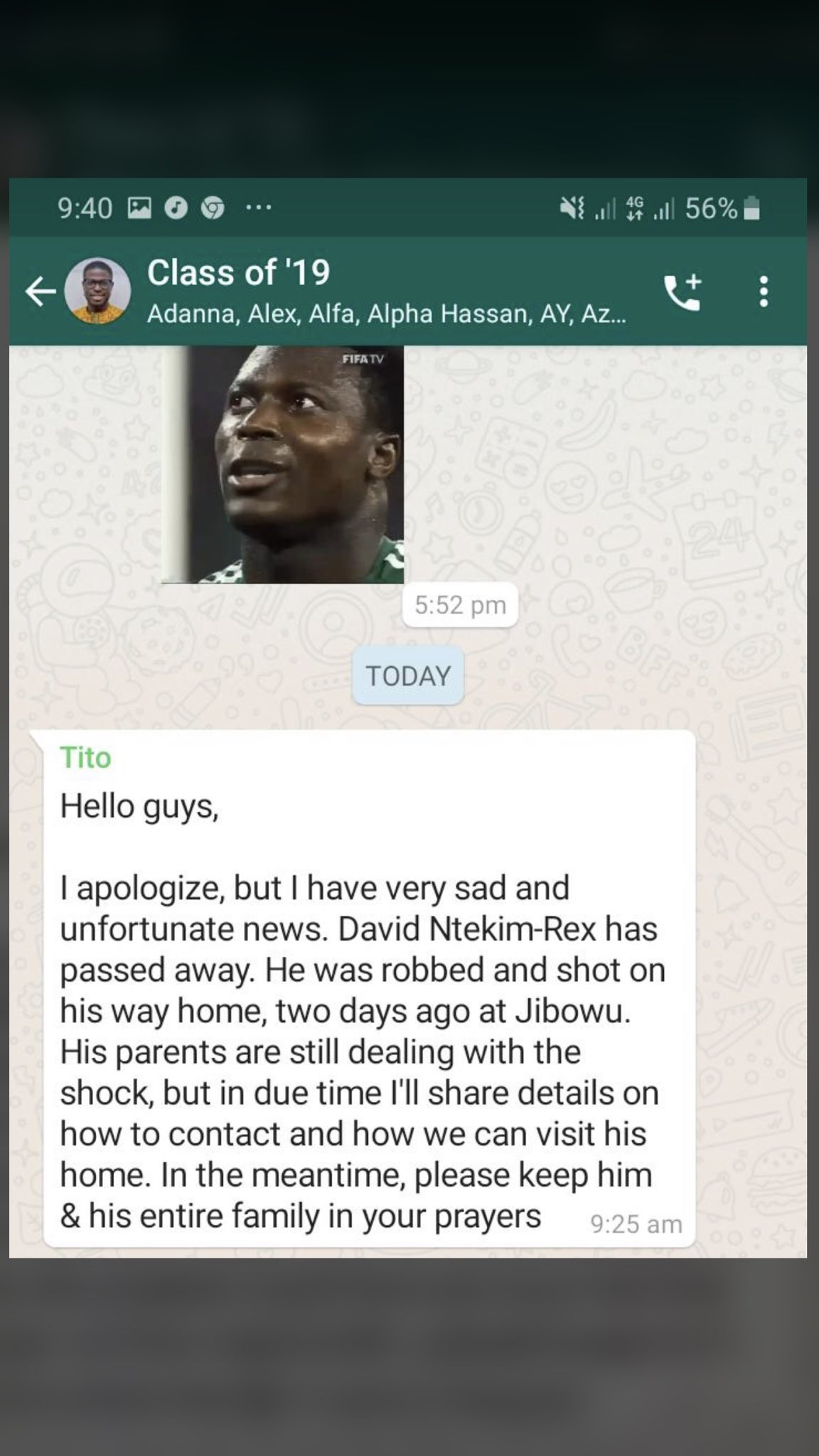