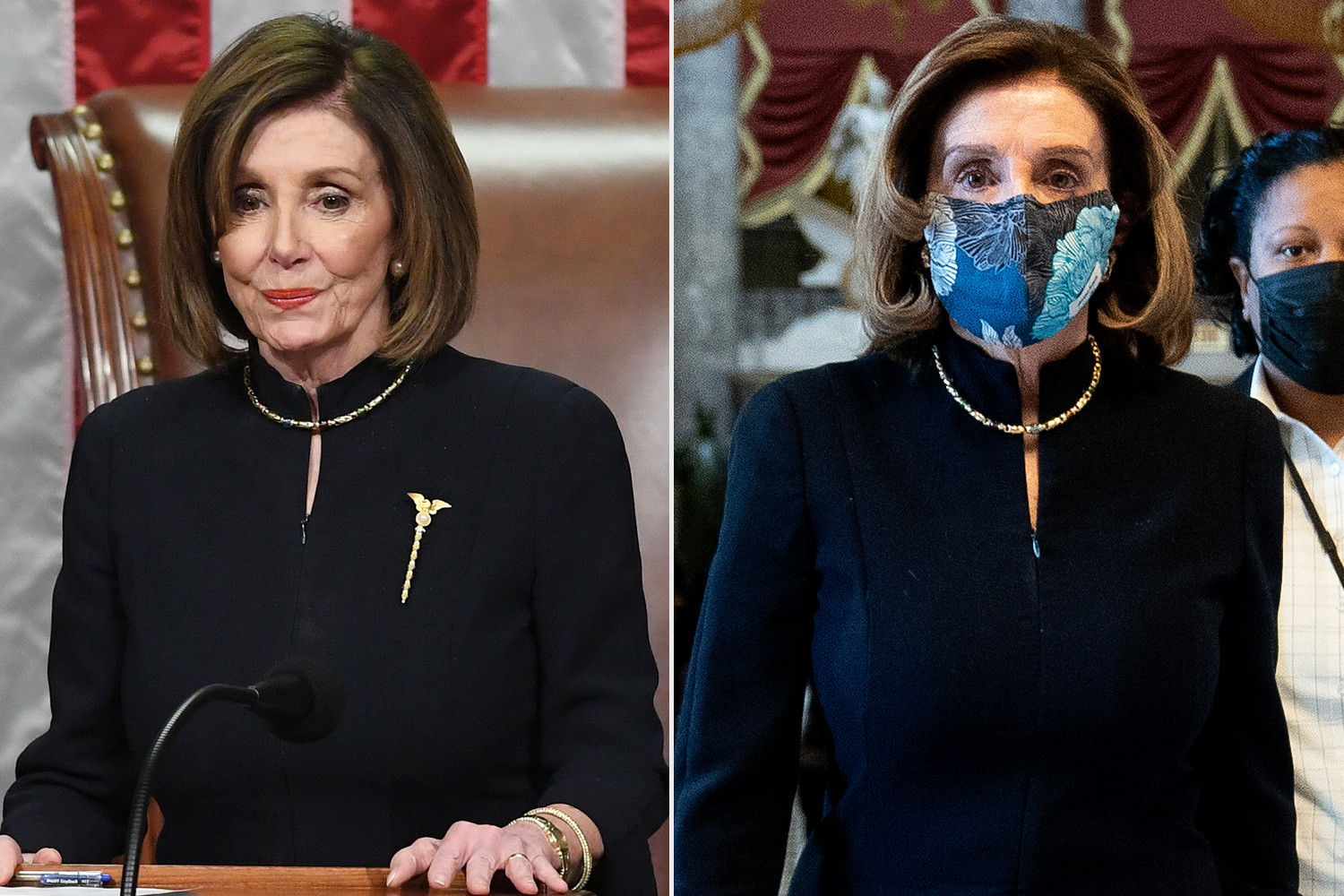 US House Speaker Nancy Pelosi wore same outfit she appeared in during President Trump’s first impeachment in 2019 for the second impeachment vote against the president on Wednesday January 13.

On Wednesday, Ms Pelosi appeared at the House impeachment vote wearing a black dress with three-quarter sleeves and a blue and black floral mask. She paired the outfit with a gold necklace. 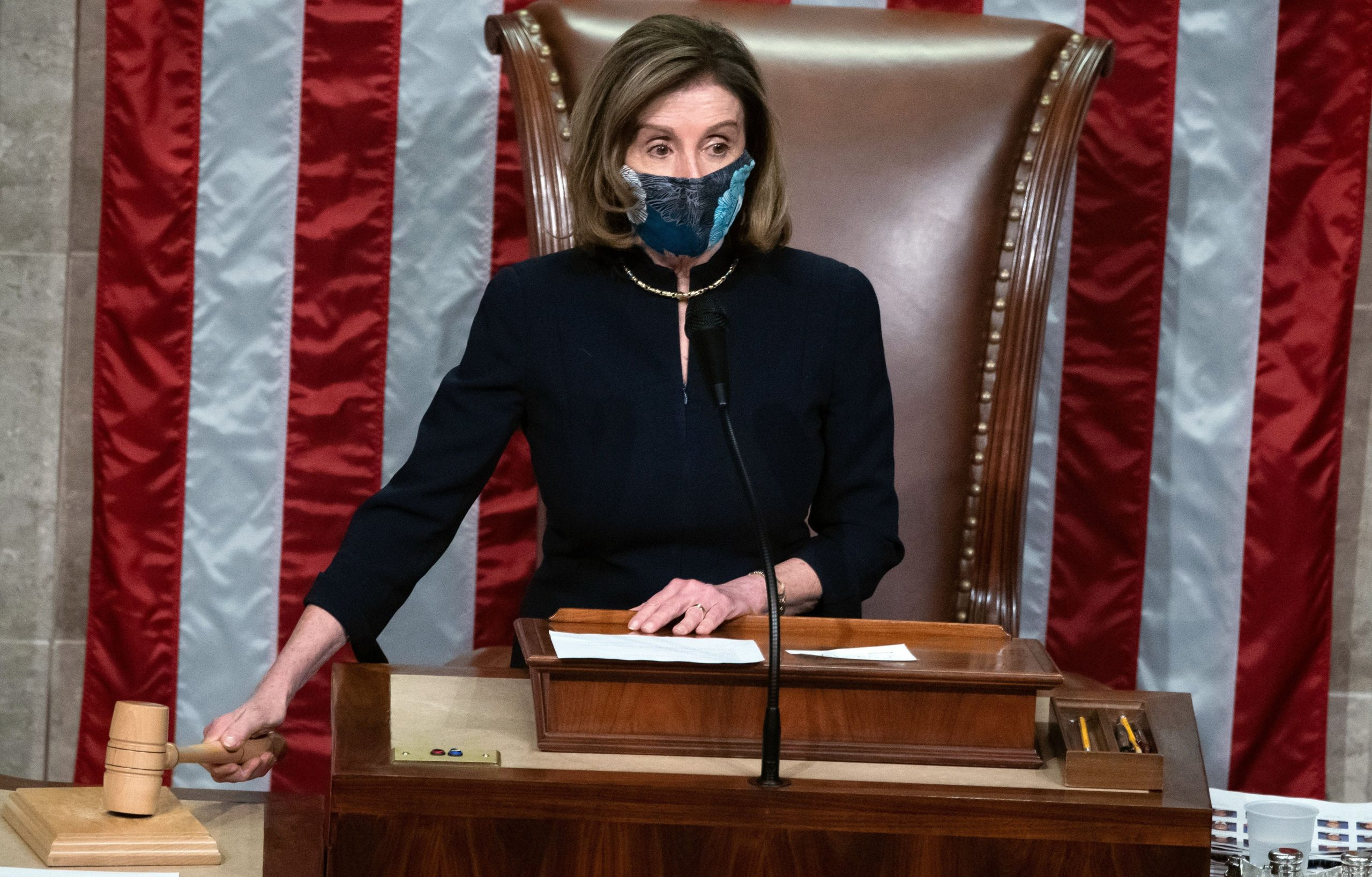 Not only did the dress match, Pelosi opted for the same gold necklace she paired the look with in 2019. It’s not clear if the shoes also matched.

As confirmed by her office in a statement to People, Ms Pelosi first wore the suit dress and necklace on 18 December 2019, when the House passed two articles of impeachment against the president for abuse of power and obstruction of justice. 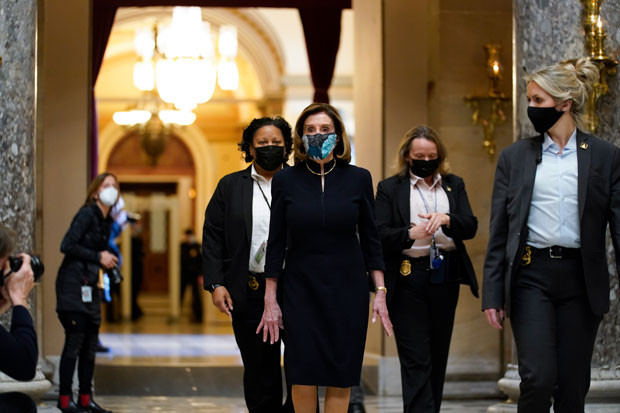 The speaker’s brooch, which sent a message of its own, was in the image of the Mace of the United States House of Representatives, a totem of the body's legislative authority. Ms Pelosi also wore the brooch during the president’s 2019 State of the Union address.

I'm aware this could not be more beside the point but can we for one second recognize Nancy Pelosi's absolute brilliance when it comes to messaging through clothing? Like if I had to design an outfit in a movie for a Speaker to wear for Impeachment, this would be it. pic.twitter.com/aFwNckIeqe

Nancy Pelosi is is wearing the same outfit she wore last year to impeach Trump again. A QUEEN.

With the second impeachment, Mr Trump has become the first president in the nation’s history to be impeached twice.

With the swift impeachment of President Donald Trump on Wednesday January 13, the House shifted the battle over his role in the storming of the Capitol — and his political future — from one chamber to the other, with the Senate now tasked with conducting an unprecedented, divisive trial in the opening days of a new administration.

Democrats will need at least 17 Republican senators to break ranks to convict President Donald Trump after he was impeached, a high hurdle that would require changing the minds of lawmakers who have stood behind him.

That is more than the 10 House Republicans who broke with Trump in the most bipartisan impeachment vote in American history, which charged him with incitement of insurrection.