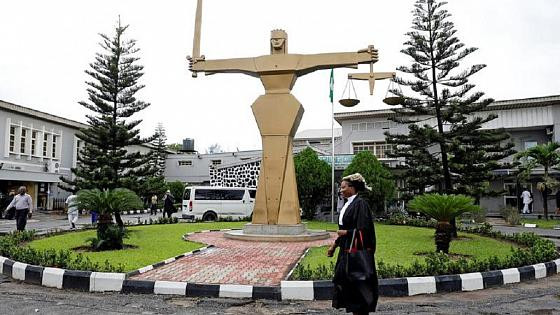 A female evangelist in Adamawa state, Kwanye Tumba, has filed a lawsuit before the Criminal Area Court II in Adamawa state against the Pastor of House Chapel in Karewa, Yola North LGA of the state, Marwa Tumba, for allegedly making fake marital promises to her, squandering her money and then dumping her for another woman.

In her court papers, Tumba told the Honourable Nuhu Musa Garta-led court that she and the 28-year-old pastor met at a prayer meeting at Yolde Pate, a suburb of Yola South LGA in 2019, during which he told her that he saw a vision that she was his wife and he was her husband.

Tumba said the pastor immediately told her to ''sow a seed'' so she can key into the vision. She told the court that she began by first sowing a seed of N1,000. She said their relationship blossomed as the man of God began to visit her in her home which she built while working with a Non-Governmental organization. She said it was in the initial stage of their relationship that the clergyman promised to marry her.

A distraught Tumba told the court that while they were courting, the clergyman told her to resign from her place of work and sell off her house before they can get married. She said she did as he said, resigned from her job and sold her house for N500,000. According to her, when the money of the house was paid to her, she immediately transferred the sum of N50,000 as tithe into the account of the pastor and used the remaining money to support the church from time to time until all the money got finished.

She lamented that the clergyman abandoned her after he squandered her money, made her quit her job, sold her only house, and became miserable, saying that she currently lives in one uncompleted building in Yolde Pate and sells vegetables to earn a living.

When the complaint from Tumba was read to the clergyman, he denied all the allegations. The clergyman was in court with another lady whom he had engaged.

The court thereafter adjourned the case till February 4 to enable Tumba to gather her witnesses for cross-examination.