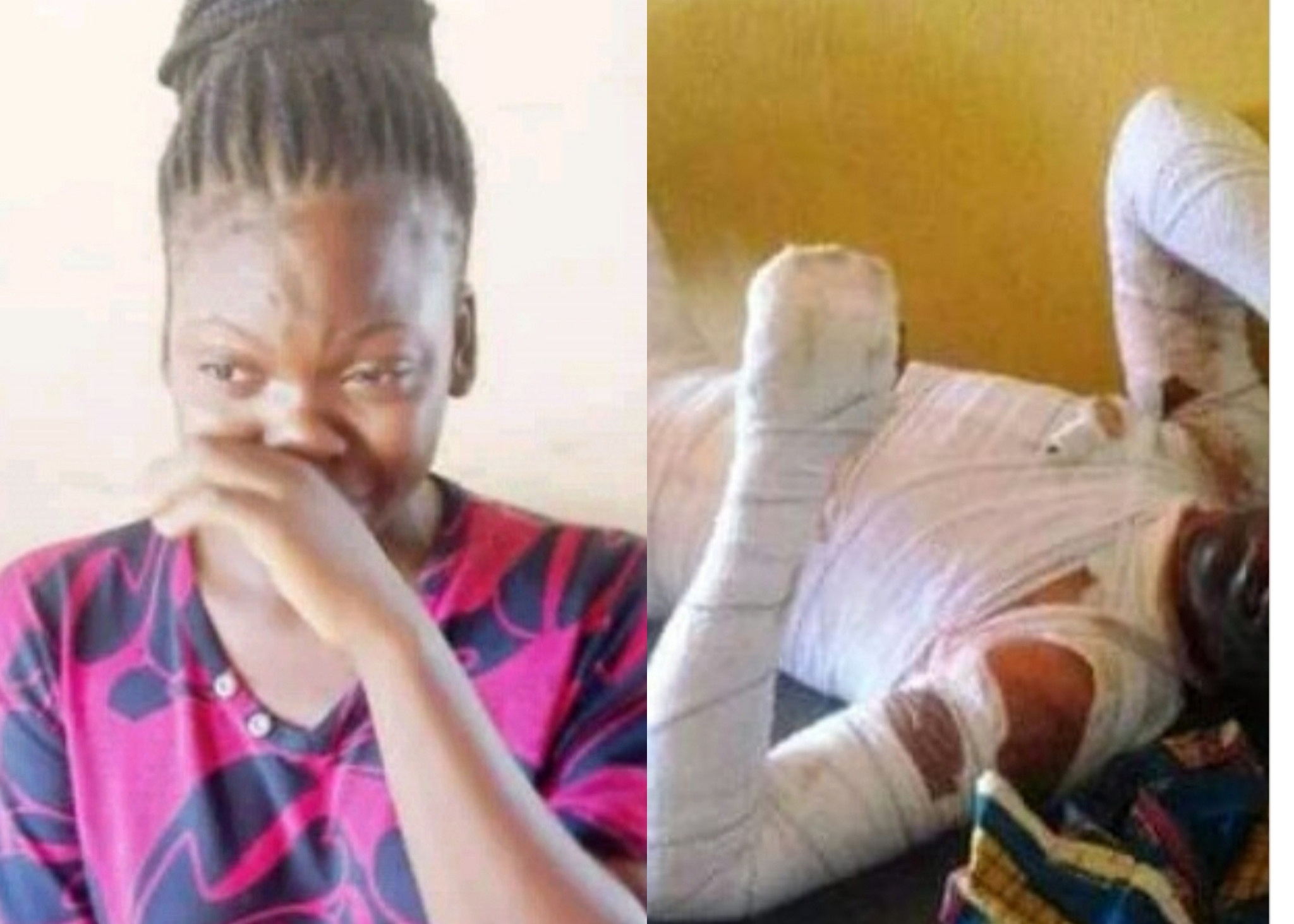 The 17-year-old girl, who burnt her boyfriend to death in Benue state, has narrated how the deceased allegedly made her abort three pregnancies and later started 'misbehaving'

Recall that Chidinma Ikechukwu Omah, a patent medicine dealer, died last monday, after he was set ablaze by Alex Esther in Wadata suburb of Makurdi, the state capital. HERE 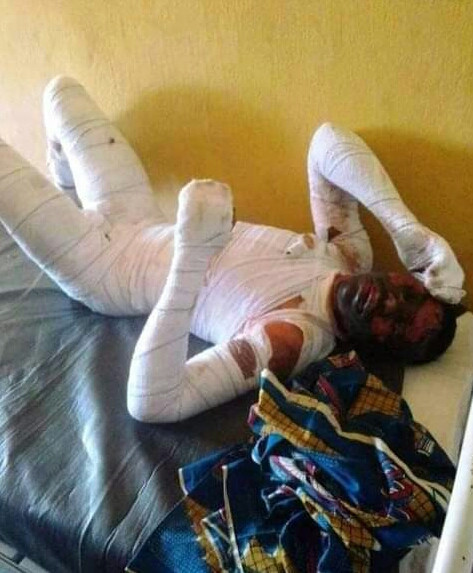 Speaking to Punch , Esther, who is currently cooling off her heels in police custody, revealed that she and Omah took a blood oath before she allowed him to disvirgin her, adding that he promised to never leave her. She also claimed that on the night of the incident, Omah forced her to have sex with him. 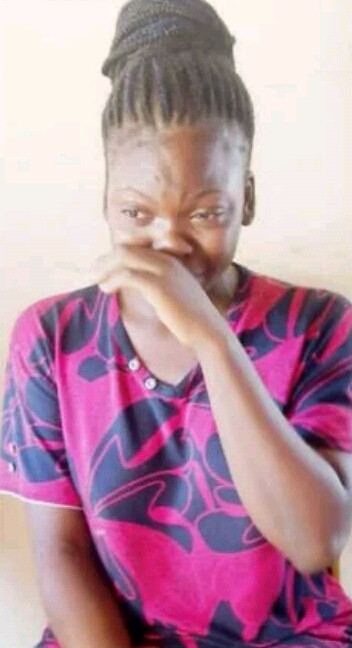 "I just can’t explain why I killed my boyfriend. I was just angry over all the issues we had."

'We had been fighting over some issues; like I was a virgin when I met him and he promised never to leave me but to always stand by me. Our relationship was really serious to the extent that we had to take a blood oath before I allowed him to deflower me. When I got pregnant for him, he gave me an injection in his medicine shop to abort the pregnancy. I got pregnant the second time and he promised that we would keep that one (pregnancy). Then he started misbehaving and would sometimes not even come home while I was pregnant." she added

Esther said they were both living together and this happened after Omah met with her family.

''He came with some people to meet with my family after which I moved in with him. Then I got pregnant for him the third time. We had serious problems to the point that we had even been going to the police station. I later had to pack out of his house. His sister would sometimes come and beat me up in the house. I couldn’t fight for myself. After our last fight, he travelled to his village for Christmas and came back on Saturday, January 9, 2021." she continued

"The night he returned from the village, he came to look for me at our house. I was going to buy something in the neighbourhood when I heard him calling me but I didn’t answer him. He started begging me and said there were things he needed to settle with me. I said I had forgiven him. He then said I should come to his house and I said it wouldn’t be possible immediately.'

"Eventually, I decided to go to his house the following day but I was scared that he might harm me. So, I decided to buy some fuel for N840 from a man selling around my house. I also bought matches and went to visit him at night."

"By the time I got to his house, the main gate to the compound was already locked so I had to go and knock at his window. He asked who was there and I said I was the one. He came and opened the gate for me and I entered but left the fuel outside. We started chatting in his room and settled (our differences), then we had sex. I actually didn’t feel like having sex with him but he forced me and had his way. After the sex, we both slept off.

"Later, I went outside and carried the fuel and poured it in the room and then I lit the matches. I ran out naked and went and slept inside a church.

When asked how she feels now that Omah is dead, she said;

"Reality has dawned on me now and I feel bad about what has happened." 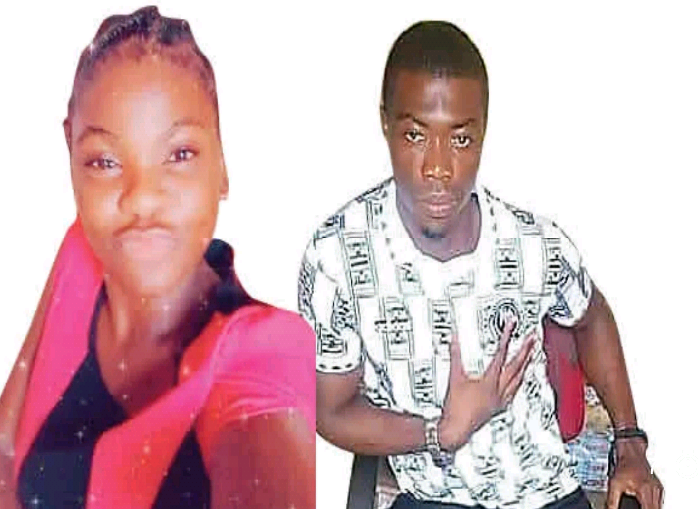 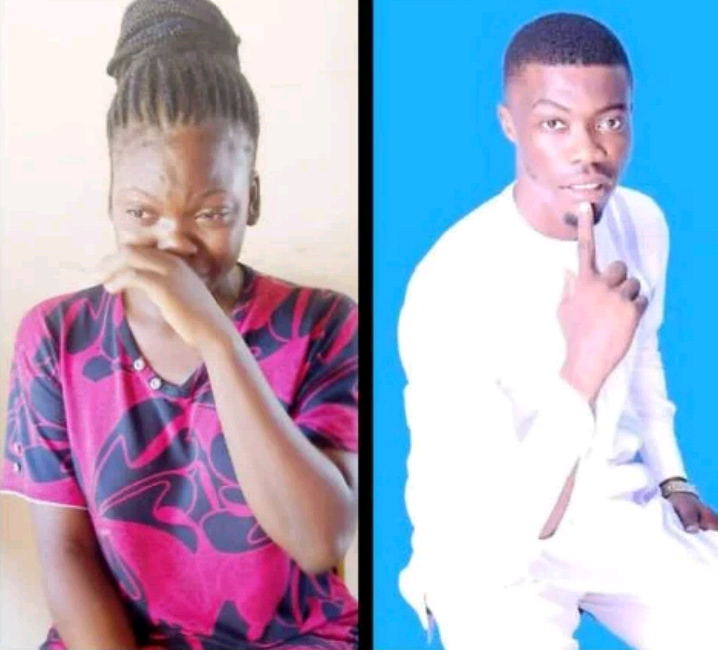