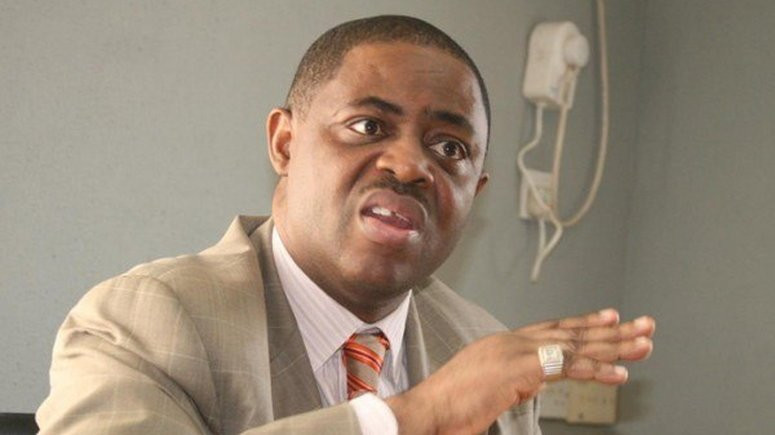 The governor gave the directive on Monday, January 18 following claims that “bad elements” have turned the forest reserves into hideouts for keeping victims of kidnapping, negotiating for ransom and carrying out other criminal activities.

In a statement released on Tuesday January 19, presidential spokesman, Garba Shehu, stated that the governor being a senior lawyer should know better than unilaterally expelling thousands of herders who have lived all their lives in the state. Read here.

''The assertion by @GarShehu that a bunch of murderous thugs, psychopathic vagabonds, barbaric rapists, merciless ritualists & vicious killers have a right to reside in the forests of Ondo & SW & continue to slaughter& rob our people is insulting, provocative, asinine & absurd.

Quit notices cannot be given to law-abiding citizens in any part of Nigeria and I have always opposed such notices. However they can and must be given to those that kill, steal & seek to destroy the lives of others. Murderous terrorists and bloodthirsty and evil men that hide in the forest to ambush, kidnap, kill and destroy innocent and hardworking men and women have no constitutional rights. It is the duty of Governnent to not only flush them out from whichever hole they are hiding but also to despatch them to hell where they belong.

Akeredolu has done & said the right thing and I urge every single SW Governor to do the same. Fulanis, Hausas, Igbos, Ijaws & ALL Nigerians are welcome in the SW but terrorists, bandits, killers & unhinged, bloodlusting and bloodthirsty psychopaths and sociopaths are not. 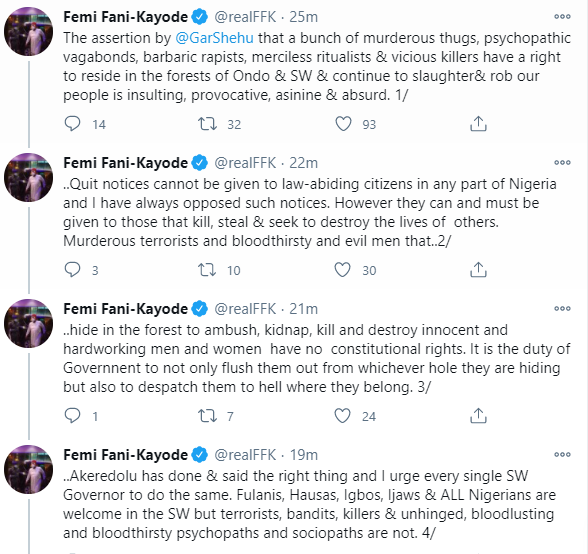