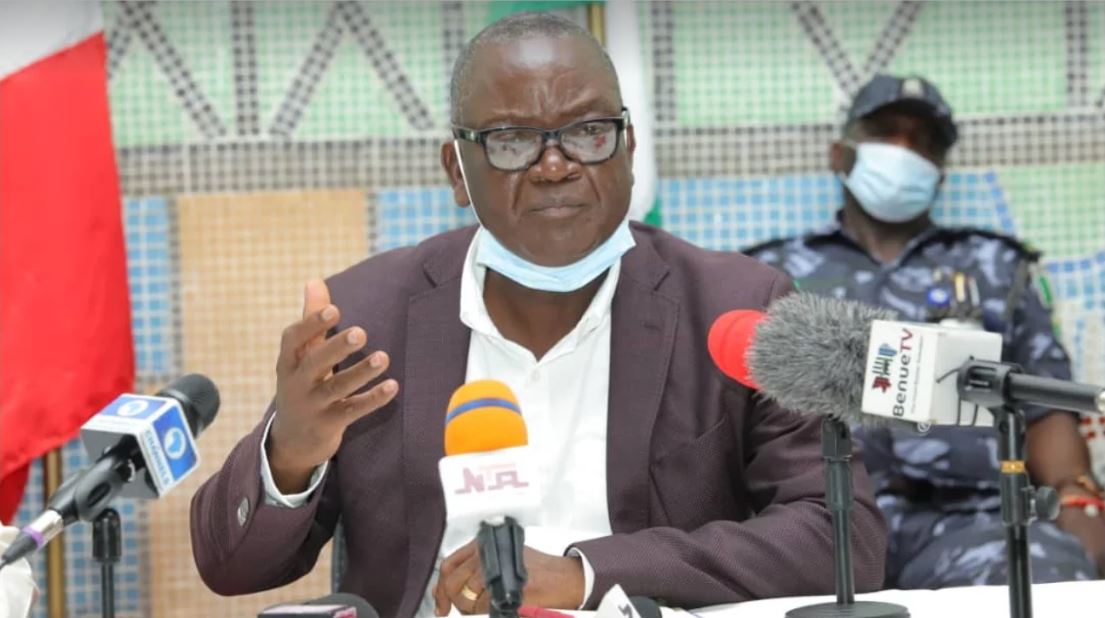 The announcement was made on Wednesday by his Chief Press Secretary, Terver Akase.

Recall that many of the governor’s aides which included his personal physician, aide de camp, orderly, permanent secretaries among others have tested positive for the virus.

Akase in a statement made available to journalists in Makurdi said that “the latest result of his (governor Ortom) COVID-19 test has returned positive.

“This follows the test results of most of the Governor’s close aides who also returned positive in the last few weeks.

“Though the Governor has not shown any symptoms of the disease, he has already commenced treatment as prescribed by medical personnel.

The statement added that the governor advised those who have come in contact with him in the last couple of days to go for test.

“The Governor says it is equally important that those who came in contact with other persons who have tested positive for the virus should go for a test to ascertain their COVID-19 status.

Akase said that Governor Ortom urged Benue people to continue to observe the protocol for the prevention of the virus such as wearing of face masks, use of sanitisers, regular hand washing and physical distancing.

He encourages the people not to be afraid of going for COVID-19 test as only doing so would help in containing the spread of the disease.
By ABEE - January 27, 2021