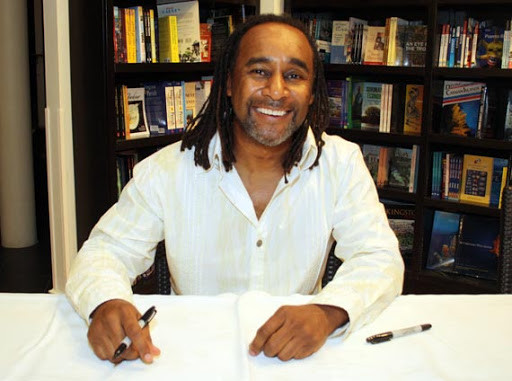 Eric Jerome Dickey, who rose to prominence with his novels on Black love, relationships, and contemporary life, has reportedly died after battling a longtime illness. The author was 59-years-old.

His death was first announced by his cousin, La Verne Madison Fuller before it was later confirmed by his publicist, Philip Lewis.

According to Philip, Dickey passed away on Sunday, January 3, in Los Angeles after battling a long illness.

“It is with great sadness that we confirm that beloved New York Times best-selling author Eric Jerome Dickey passed away on Sunday, January 3, in Los Angeles after battling a long illness. He was 59.” 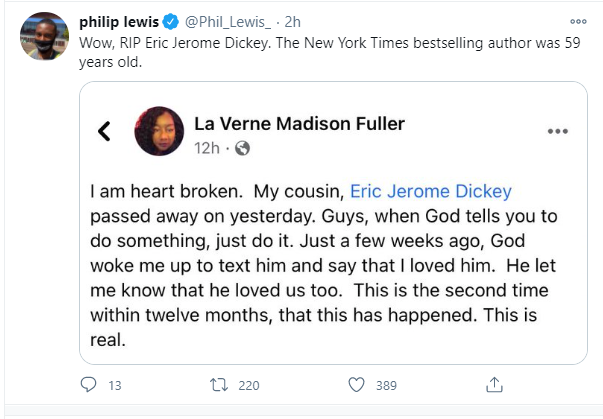 “Eric Jerome Dickey was the author of twenty-nine novels, and his work has become a cultural touchstone over the course of his multi-decade writing career, earning him millions of dedicated readers around the world. He was the author of multiple New York Times bestselling novels, including Milk in My Coffee, Cheaters, Chasing Destiny, Liar’s Game, Between Lovers, Thieves’ Paradise, The Other Woman, Drive Me Crazy, Genevieve, Naughty or Nice, Sleeping with Strangers, Waking with Enemies, Pleasure, Dying for Revenge, Resurrecting Midnight, Tempted by Trouble, An Accidental Affair, and Decadence,' reads his publicist’s statement. 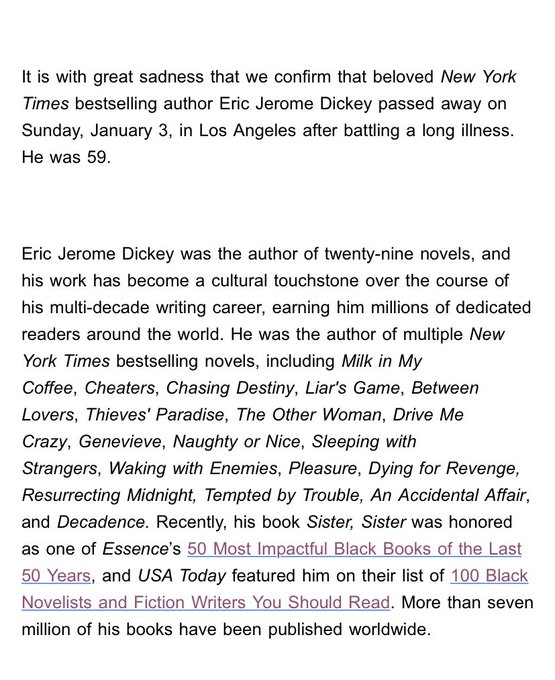 Dickey rose to prominence as a New York Times best-selling author, wrote over 20 books over the course of his life with fan favorites including “Milk in My Coffee,” “Cheaters,” and “Sister, Sister.”

Most recently, his book Sister, Sister was honored as one of Essence’s 50 Most Impactful Black Books of the Last 50 Years, and USA Today featured him on their list of 100 Black Novelists and Fiction Writers You Should Read.