Igwe said this on Tuesday, December 29, when he led members of the state executive council to visit Umahi in his hometown at Uburu, Ohaozara local government area (LGA). 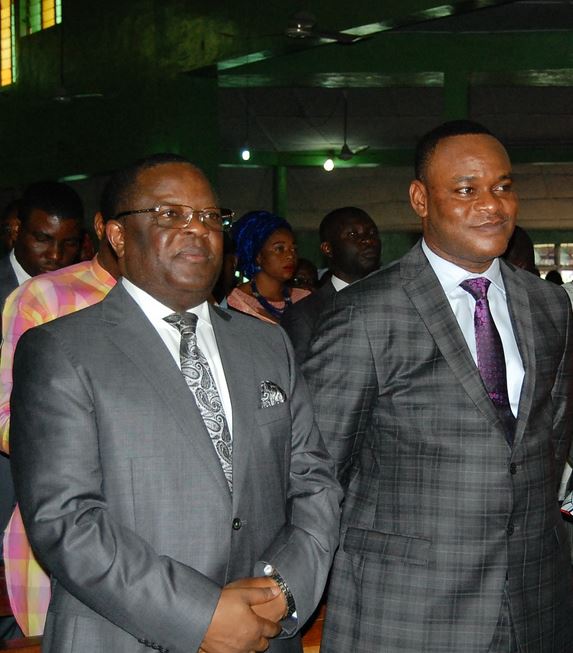 Mr Kelechi Igwe, the deputy Governor of Ebonyi state has asked his boss, Governor David Umahi to run for Presidency in 2023.

Igwe said this on Tuesday, December 29, when he led members of the state executive council to visit Umahi in his hometown at Uburu, Ohaozara local government area (LGA).

Speaking during the visit, the Deputy Governor said the council members will maintain their loyalty to his administration.

“This particular visit is unique because it is the first time since our participation in government that we are determining as a people to change the political gear.

“When you announced that it was time to move on, a lot of us were foot-dragging, wanting to make consultations but at the end, decided to move with you. I must confess that some of us didn’t like the APC but decided to join it because of you. So, we are declaring that you must contest the 2023 presidential election.”

Governor Umahi on his own part, told the council members to maintain their support for the All Progressive Congress (APC) as it is a party that provides a platform for the Igbo people to evaluate themselves properly.

“When you are here and there, they will not take you seriously. People feel they can wake up and stab others at the back, forgetting that things do not work that way and people have different destinies.

“Count all those who betrayed us since 2015 and you will discover that they have never found their feet. People want to attempt what others have done and succeeded but God has brought all of us to decide their fate.”
By ABEE - December 30, 2020