Kwankwaso said the high esteem and influence the former Emir possessed made his successor jittery hence his insistence on dethroning him. 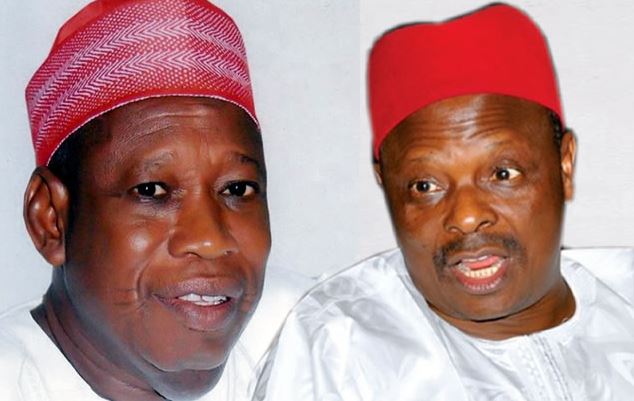 Rabiu Kwankwaso, the former governor of Kano State has lambasted Governor Abdullahi Ganduje after he revealed why he dethroned Muhammad Sanusi II as Emir of Kano.

Recall that Ganduje had said that Mr Sanusi was removed from office to save the system and the traditional institution.

However in a statement signed by his Principal Private Secretary Muhammad Ali, Kwankwaso said the high esteem and influence the former Emir possessed made his successor jittery hence his insistence on dethroning him.

He further alleged that Ganduje is madly obsessed with reversing everything that he did in the state, and also feels ''diminished and inferior'' in the presence of the former Emir.

“We know that Ganduje always feels diminished and inferior in the presence of the Emir, and we know that Gov Ganduje harbours a pathological hatred for the Kano Traditional Institution, that was why he had to dethroned him.

“We also know that Ganduje was madly obsessed with reversing everything that Sen. Kwankwaso did in the state. And we are aware, for these reasons, Gov. Ganduje was set, ab initio, to destroy the Kano Emirate. And Emir Sanusi II was marked to be the first victim.

“Let me also put on record that Emir Sanusi II was abducted and illegally dethroned by Gov. Ganduje and his cohorts because of the Emir’s progressive ideas on various issues that affect the people of the state."

Countering Ganduje for linking Sanusi's dethronement to Jonathan's removal of the former Emir as Governor of the Central Bank of Nigeria, Kwankwaso alleged that the Kano state Governor was livid after Sanusi criticized him for obtaining a $1.8 billion loan for a light rail line project in the state.

“Everyone knows that Ganduje’s desperation to obtain the $1.8 billion loan and the former Emir’s criticism of the loan is what fuelled the illegal removal of Emir Sanusi II; it had nothing to do with former President Jonathan.

“It is common knowledge that the Emir was too progressive for Gov. Ganduje’s liking and that was exactly why after his illegal removal and the dismemberment of the Kano Emirate Council, he appointed Emirs that will not question his ill-advised decisions even if they are against the interest of the state and its people."