According to her, the police officers assaulted her, called her a prostitute and hit her with the butt of his torchlight. 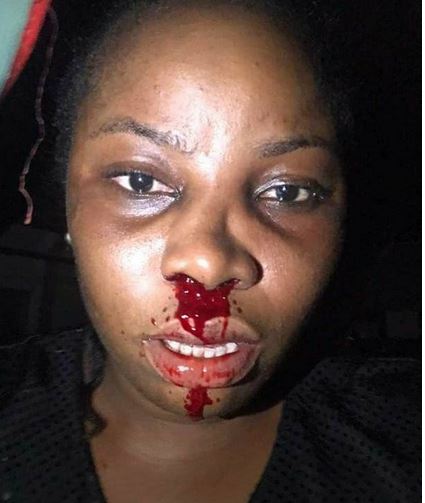 A woman took to social media to accuse some police officers stationed in Ekpan police station, Warri, Delta state, of physically assaulting and brutalizing her.

The woman claims she was in a keke with her friend and the driver when they passed by 7 men who stopped them.

At first they didn't know the men were police officers so the keke driver continued driving.

When the keke eventually stopped, she said the police officers assaulted her, called her a prostitute and one of them hit her with the butt of his torchlight.

In a photo shared to Twitter, the woman is seen bleeding from her nose.

She explained that she eventually went to Ekpan police station to report but they claimed they do not know the men who assaulted her.

She said the officers collected her number and promised to do something about the assault.

She said she's bringing the incident to Twitter because she wants justice. 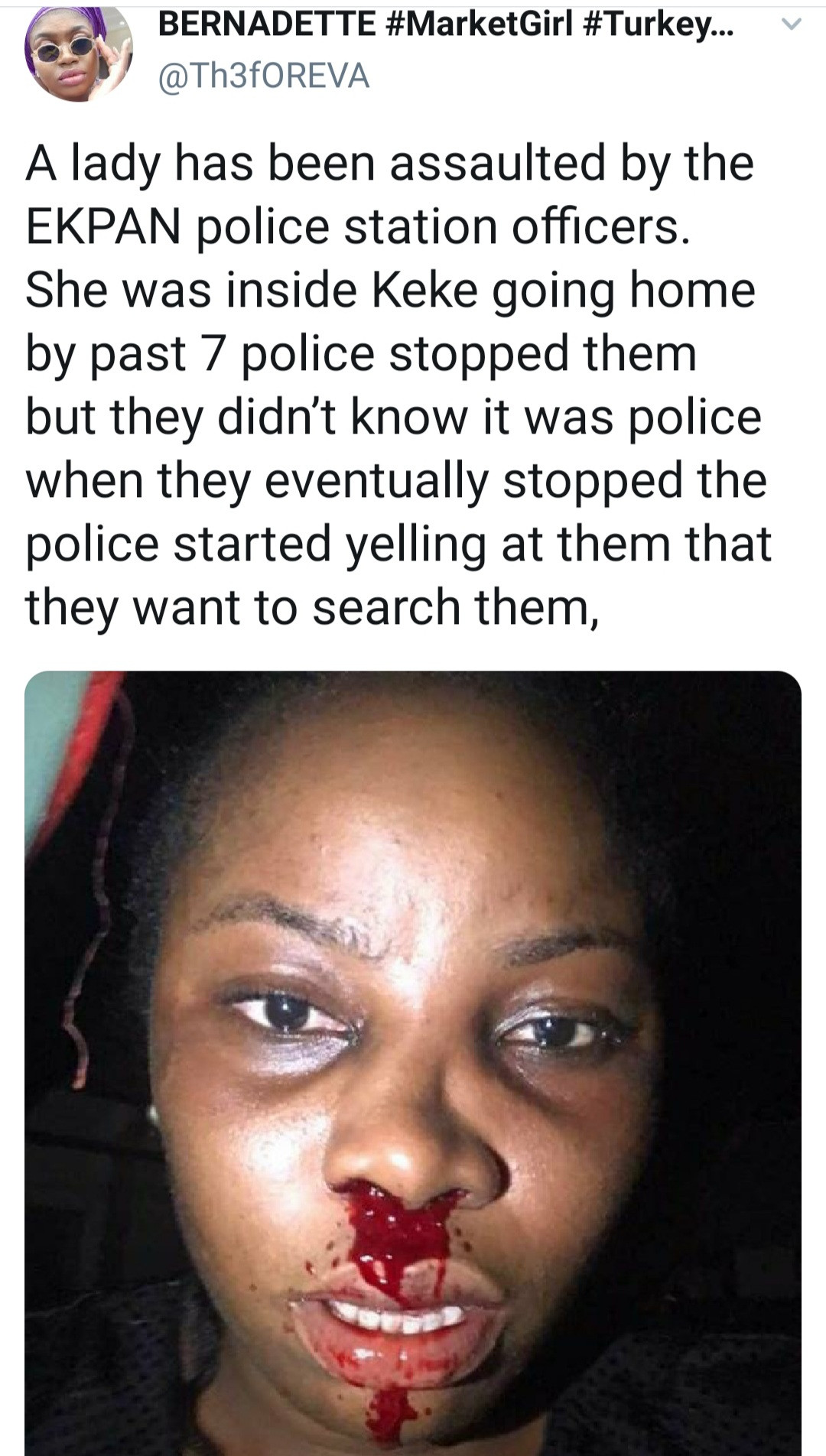 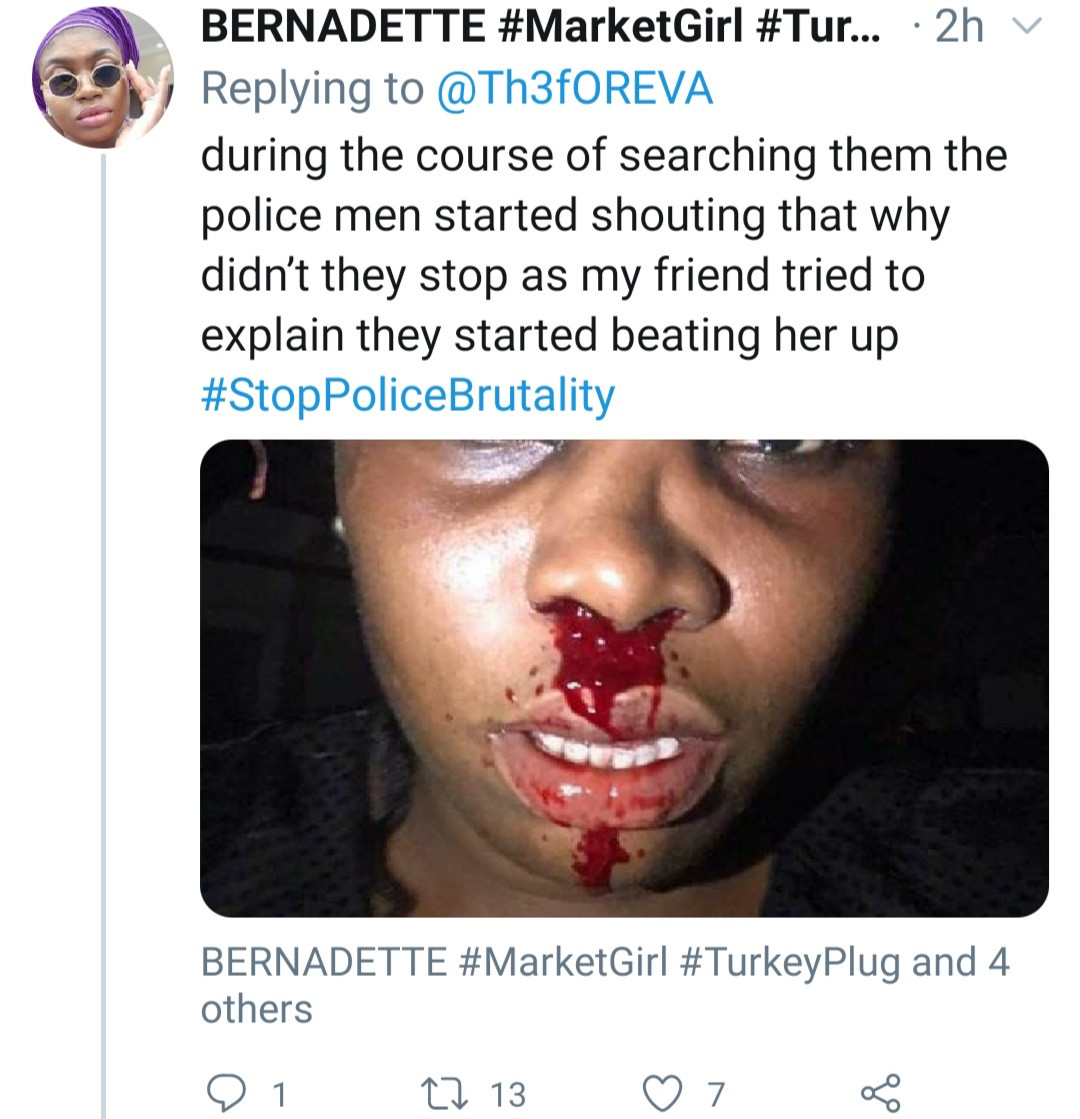 "@AcpIshaku Please sir look into this,The Ekpan police division has been nothing but a menace to Warri and its environ,the DPO should be thoroughly sanctioned for breeding lose and high handed officers," a Twitter user wrote.

And Ishaku reacted, writing: "He's now aware that his engagement with citizens call for review. Going forward, specific issues involving the DPO or any of his officers will ease interrogation. Thanks, pls." 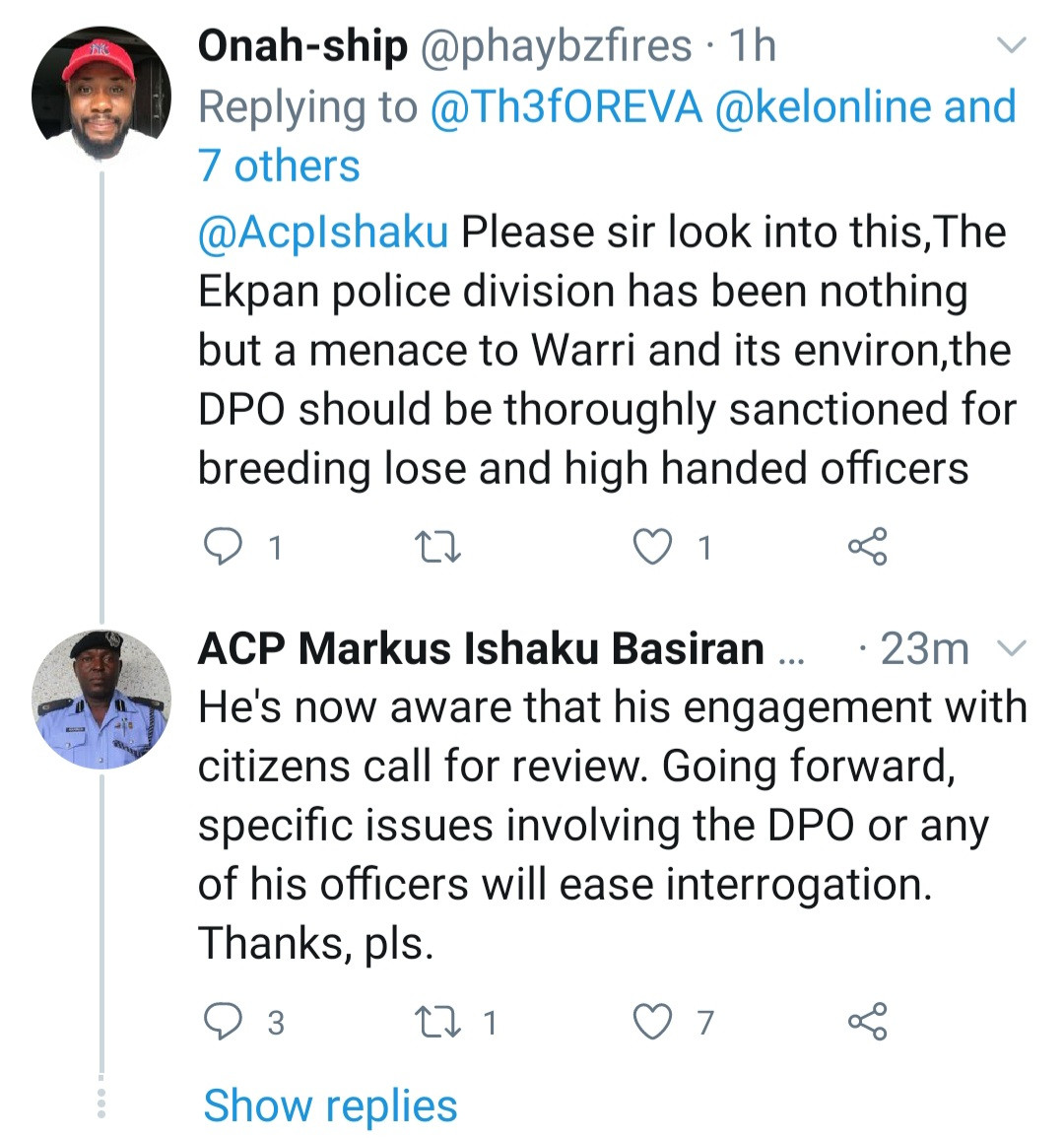 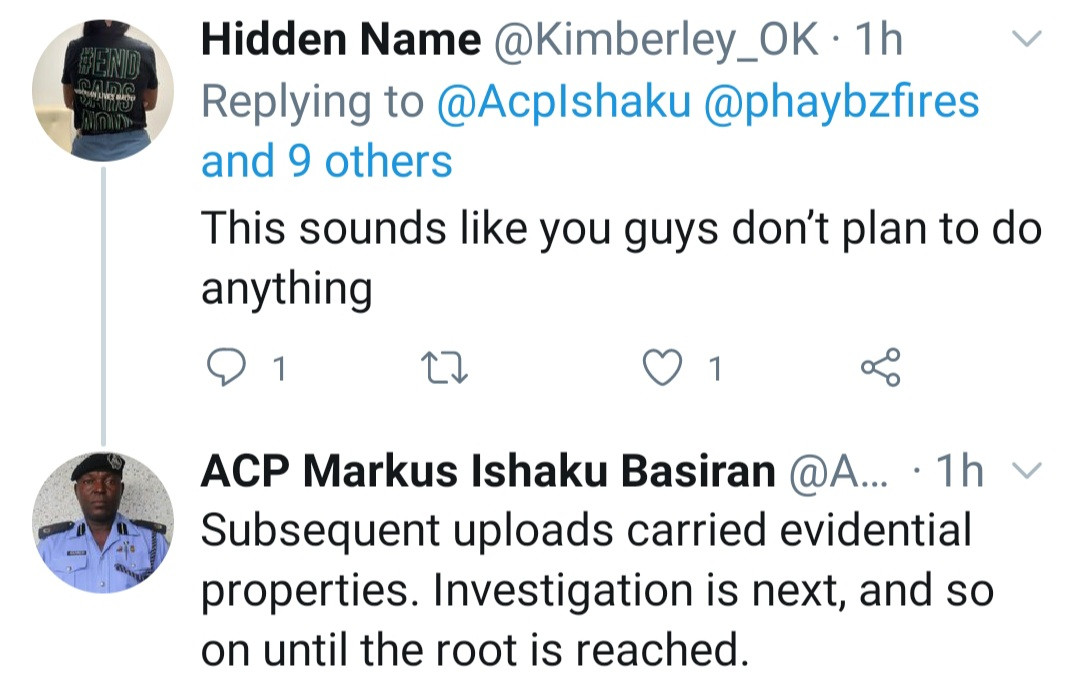 Swipe below for videos the lady released, narrating what transpired.