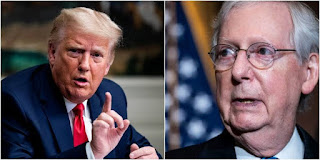 The US Senate Republican leader, Mitch McConnell, an ally of Trump during the president's tenure, has rejected attempts to give new $2000 to Americans despite  President Donald Trump, congressional Democrats and some Republicans agreeing that the Coronavirus relief aid should be given.

The House of Representatives, held by the Democrats, voted for higher relief.

But Mr McConnell's objections mean there will not be a direct vote on a revised Covid aid bill in the Senate. 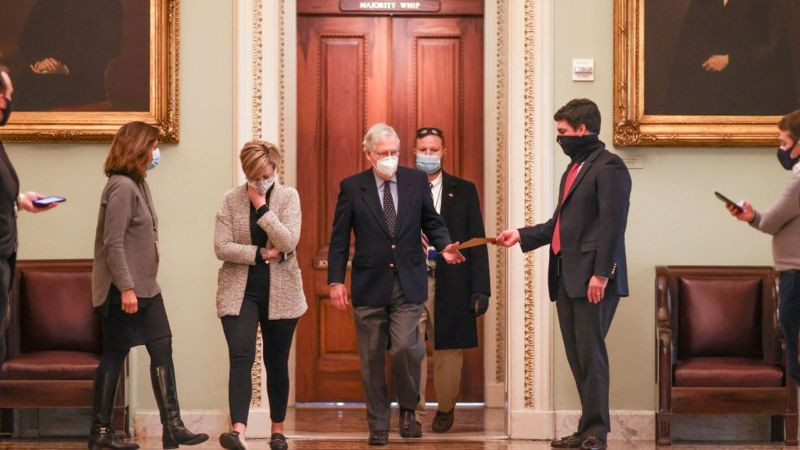 According to McConnell, raising aid cheques from $600  to $2,000 would be "another fire hose of borrowed money"

The move, a huge power play by McConnell, shows he is ready to defy Trump, the second time he is going against the president, weeks after releasing a statement acknowledging Joe Biden's win.

Congress agreed the smaller $600 payments in a Covid relief and government funding bill that Trump sent back to Capitol Hill before Christmas, with the president seeking higher stimulus payments.

Surprisingly, House Democrats - political foes of Trump - passed the measure for $2,000 cheques that he requested.

Dozens of House Republicans, reluctant to defy Mr Trump, sided with Democrats to approve the package.

"Unless Republicans have a death wish, and it is also the right thing to do, they must approve the $2,000 payments ASAP," Trump tweeted on Tuesday.

But now McConnell, determined to show he now owns power in the Republican party as the Senate leader, with Trump set to exit the White House next month, has now rejected the proposed aid.

McConnell rejected Democrats' calls for the senate to vote on the $2,000 cheques package passed by their counterparts in the legislative House.

He said the bill had "no realistic path to quickly pass the Senate".

Speaking in the chamber on Wednesday, the Kentucky senator said: "The Senate is not going to be bullied into rushing out more borrowed money into the hands of Democrats' rich friends who don't need the help."

Instead he offered to roll the proposal for $2,000 cheques into another bill to include other measures raised by Trump such as ending legal protection for tech companies, known as Section 230 and setting up a bipartisan commission to investigate Trump's unsubstantiated claims of systemic electoral fraud.

Democrats said McConnell's proposal was  a legislative poison pill aimed at killing the $2000 stimulus payments as Democrats won't agree to the other demands wanted by Trump.

Vermont Senator Bernie Sanders, an independent who votes with Democrats, said on the Senate floor: "All we are asking for is a vote. What is the problem?

And House Speaker Nancy Pelosi said: "These Republicans in the Senate seem to have an endless tolerance for other people's sadness."