Dr Temilola Balogun who shared her story on Twitter handle @dhammythemmy narrated that the security operatives threatened to throw her in a canal where no one will ever find her till she dies. 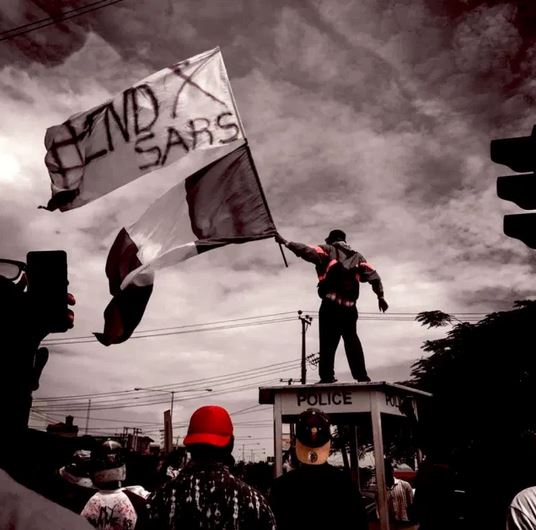 Dr Temilola Balogun, one of the #EndSARS health medics in Lagos, has told her police brutality story.

The doctor who was arrested during the protest has narrated her ordeal in the hands of the security operatives who arrested her.

This is even as the second wave of #EndSARS protest is gaining momentum on social media platforms.

Dr Temilola Balogun who shared her story on Twitter handle @dhammythemmy narrated that the security operatives threatened to throw her in a canal where no one will ever find her till she dies.

She wrote “Just so you know not only did they block my account. I was arrested, beaten, threatened. They promised to throw me in a canal where no one will ever find me. said they wouldn’t take me to any police station because they know we have people who would come and bail me #EndSARS

“They put me in their vehicle, five armed men, screaming and shouting at me, hitting me with their gun. Stole my gold leg chain. They had the nerve to ask me why I’m crying?

“They followed me from the protest ground, they had people there, amongst us #EndSARS trying to identify who they think people were coming to for solutions, or someone everyone knew.

“I can imagine how many people they actually picked up and no one knows about till today. I have become paranoid and suspicious of everyone around me. Such a nightmare. This isn’t a country

“And to top it all “I AM POOR” I’ve joked around with this sentence lately with my friends but it’s not funny. Imagine not being able to access the money you worked for Woman shrugging who does that? Should I be begging to feed?”

Meanwhile, there might be a second wave of the #EndSARS protest as concerned Nigerian youths have again started trending the hashtag #EndSARS on Twitter, calling on the Inspector General of Police to put an end to police brutality, and also bring to Justice, the hoodlums who attacked peaceful #EndSARS protesters.