Nengi’s appearance in Davido’s music video has led to a clash between their fans as Nengi’s fans drag Erica for not being included even after meeting Davido. 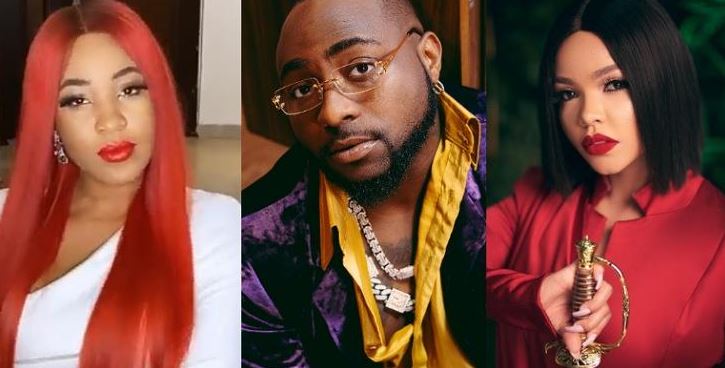 BBNaija housemate, Erica has been dragged online by fans of fellow housemate, Nengi after she was featured in Davido's new music video.

Davido released a snippet of his music video “Jowo” Yesterday and fan’s couldn’t get enough after they saw Big Brother Naija Star  Nengi in the thriller.

Apparently, fans didn’t see the feature coming, since Nengi and Davido have never been seen together since the end of the reality tv show.

Besides, Erica and Kiddwaya were the only BBNaija housemates that have hanged out with Davido but fans were surprised that Davido featured Nengi instead of Erica since it’s assumed that the couple are friends with  Davido.

Nengi’s appearance in Davido’s music video has led to clash between Nengi and Erica’s fans, as Nengi’s fans drag Erica for not being included even after meeting Davido.

I thought davido and kidwaya was friends , why didnt he use erica 😂 oh chioma happened ! The love chioma has for nengi is massive and david will honour his wife's wish 🤸🤸🤸🤸🤸🤸🤸🤸🤸🤸 love is powerful!

“Erica is too expensive for Davido” Bitchhhh what?😂😂 I knew they would come up with some shit like this. Na idiots full that fanbase😂

At the same I kinda understand them, I would be crying too if I wasn’t stanning Nengi💀 #jowo

When in the house Kidd promised Erica that he will link her up with a play network because she is an actress and what happened at last. Nengi got singed by play network.
Let's be around with the right people pls.
THE BIGGEST BBN ACTRESS NOW IS NENGI🔥🔥
💥💥💥💥💥💥💥💥💥💥💥💥💥