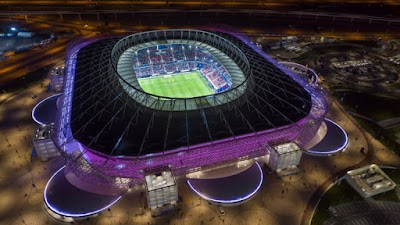 The fourth Qatar World Cup arena is officially ready for games as the Ahmad Bin Ali Stadium was unveiled on Friday, two years ahead of Qatar's 2022 final.

The Ahmad Bin Ali Stadium became the fourth fully operational FIFA World Cup 2022 tournament venue to be inaugurated and it will become the new home of Al Rayyan Sports Club.

"The atmosphere is incredible, with the seats extremely close to the pitch. Even with a socially distanced crowd, I could feel the passion for the game."

"I am sure this will be a perfect football arena in 2022 when it hosts matches during the World Cup," he added.