Nigeria's former President Goodluck Jonathan has been given a warning against contesting in 2023. 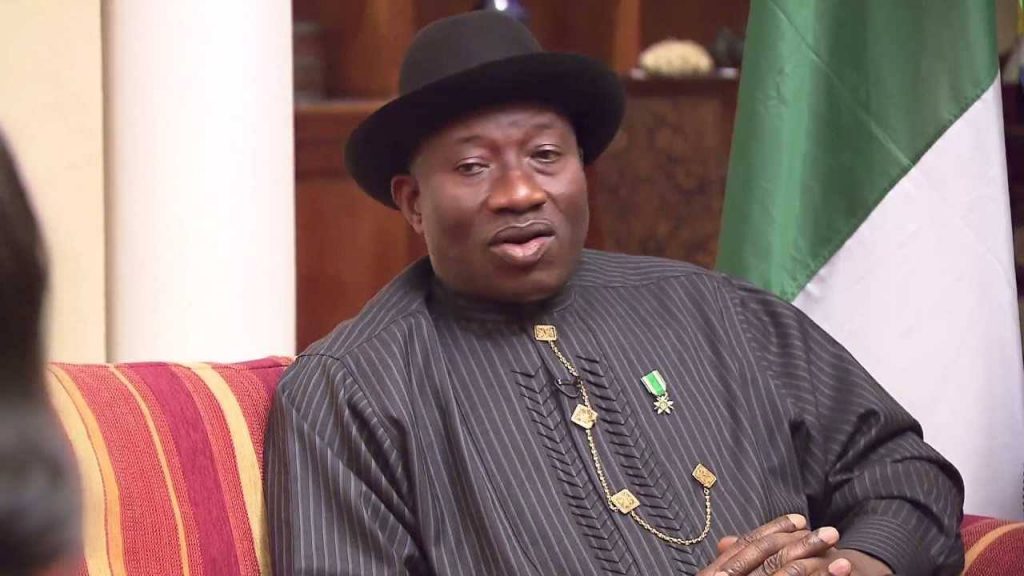 Goodluck Jonathan
The Northern Youth Leaders Forum (NYLF) has warned former President Goodluck Jonathan to shun any attempt to contest in 2023.
This comes as the former President continues to romance the ruling All Progressives Congress.
A statement signed by the NYLF's national chairman, Elliot Afiso, also counselled the APC to respect zoning arrangements in the party to ensure equity.
The statement reads, "We're informed that a gentleman agreement exists within the APC. Therefore, we advised that the party (APC), should produce its presidential flag-bearer from the Southwest."
While acknowledging that the People's Democratic Party (PDP) lost its zoning arrangement in 2011, NYLF believed that the Northeast region deserves to produce the party's presidential candidate in 2023.
"We want to state clearly that the power rotation in the PDP was dead and buried in 2011 and as such, the PDP is advised to pick its presidential candidate from the north-east if at all, the party intends to make headway and bounce to power in 2023.
"On the rumoured intention and interests by the former President, Dr Goodluck Jonathan, we want to sincerely and categorically state that he should not accept any invitation to contest under any party because the north as it is now, would never vote for him no matter the indices.
"In the same vein, we want to advise our elders and elites from the north-west to shelve or discontinue any interest in the presidency or vice presidency come 2023 for the interest and unity of the northern region.
"The NYLF which has overwhelming membership and support from north-west has resolved not to support or vote for any party that presents her candidate from the north-west for the presidency or vice presidency."
Posted by makarella at 10:12 AM