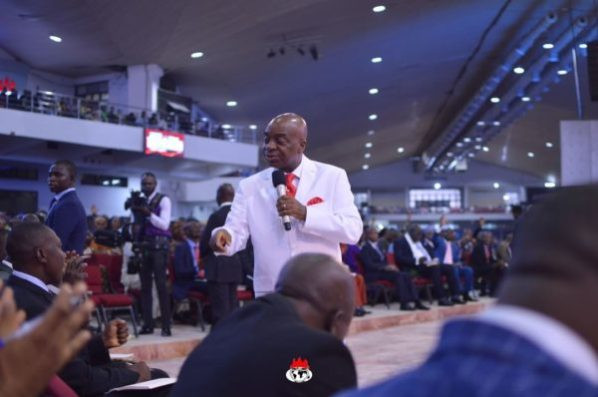 It has been reported that a worker at the Living Faith Church presided over by Pastor David Oyedepo, is now allegedly currently battling with COVID19.

Celebrated  Nigerian Journalist Fisayo Soyombo, who shared this on Twitter handle, said the worker in question believes he contracted the virus while attending the yearly Shiloh programme of the church that took place between December 8 to 13. The said worker claims some pastors who attended the program have also started showing symptoms of the disease. Fisayo says the worker\"s wife, daughter, and domestic employee have started showing symptoms of the viral disease.

Fiyaso wrote: \"\"A worker at the Living Faith Church is down with COVID-19 after attending Shiloh 2020. His wife, daughter and domestic employee are exhibiting symptoms of the virus — even their dog! Some pastors who attended Shiloh are down with the virus too.

"This worker didn’t want to physically attend Shiloh, held from December 8 to 13, but had no alternative because the church made it compulsory for workers. As can be seen from internet videos, congregants mingled with one another without masks or social distancing.

"In the past, the church observed safety protocol such as social distancing, wearing of face masks and hand washing. However, at Shiloh, no precautionary measures were in place.

"People were just careless,” he said. “Yes, many people didn’t come this year because of COVID but those in attendance were careless.”

"The problem is this worker knows the pastors currently exhibiting symptoms of the virus will not admit this to the Founder & Presiding Bishop, meaning other potentially infected but asymptomatic Shiloh congregants might continue mixing with people without caution.

"Some Winners pastors are down with COVID; they’re just keeping it to themselves but we can’t just fold our hands,” he said. The plea from him is that those who attended Shiloh “should try to isolate themselves and try not to pass on the virus”.

"His wish is for people to get educated that the festive season is no excuse for them to physically attend crossover services without recourse to COVID-19 safety protocol.\"\" 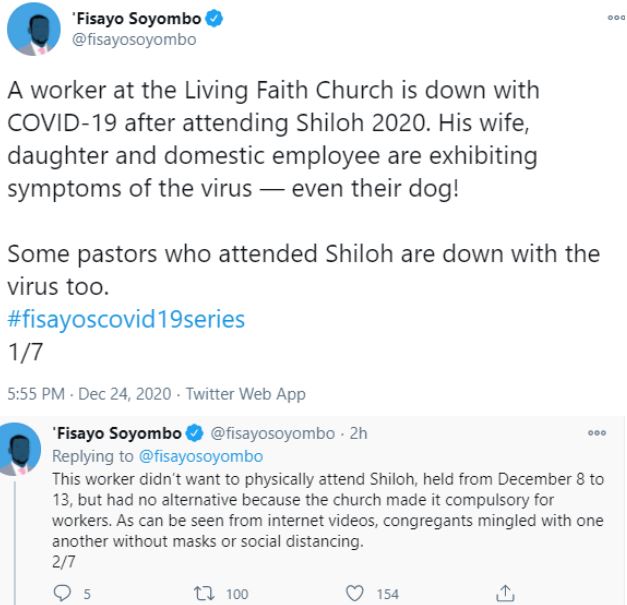 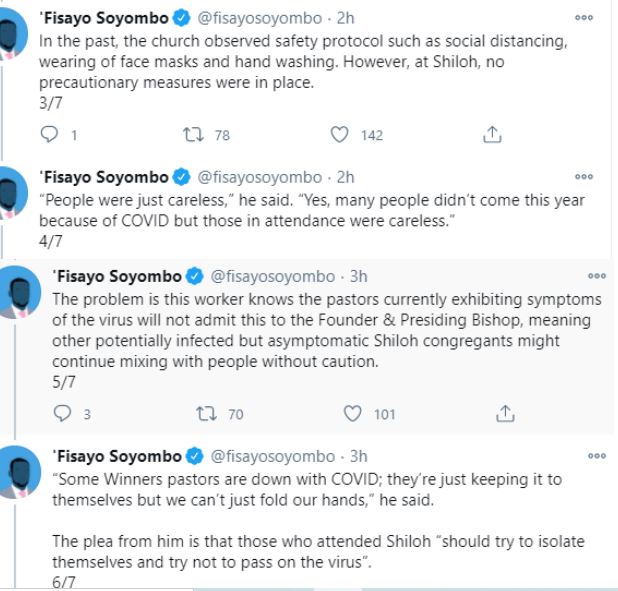