According to the Niger Police Command, the truck skidded off the road and somersaulted into a bush leaving some victims dead and others injured. 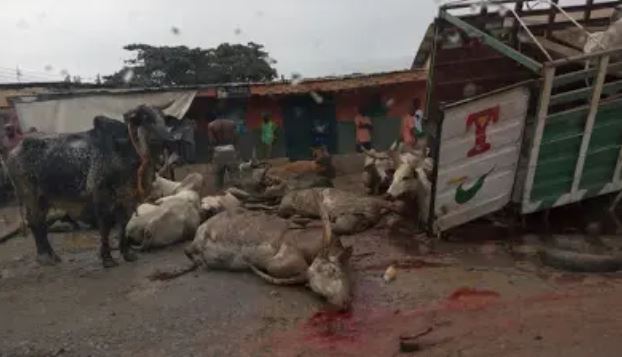 A tragic incident occured as 23 people died and others badly injured as a Lagos-bound cattle truck loaded with additional 45 people crashed in Mokwa Niger state.

The truck departed from Kebbi and had dozens of cows and 45 people on board.

According to the Niger Police Command, the truck skidded off the road and somersaulted into a bush.

The accident occurred at about 0500 hours along Bokani -Makera road in Mokwa Local Government Area of the state, according to the Commissioner of Police, Mr Adamu Usman.

Usman said the truck, registered as BBJ 666 XA, was coming from Dadin Kowa, in Kebbi state and heading to Lagos.

He said the corpses of the dead had been taken to the mortuary of Mokwa General Hospital for post-mortem. The injured were also taken to the same hospital for treatment.

Usman attributed the accident to loss of control by the driver.

He also lamented the failure of drivers to obey traffic rules and regulations. 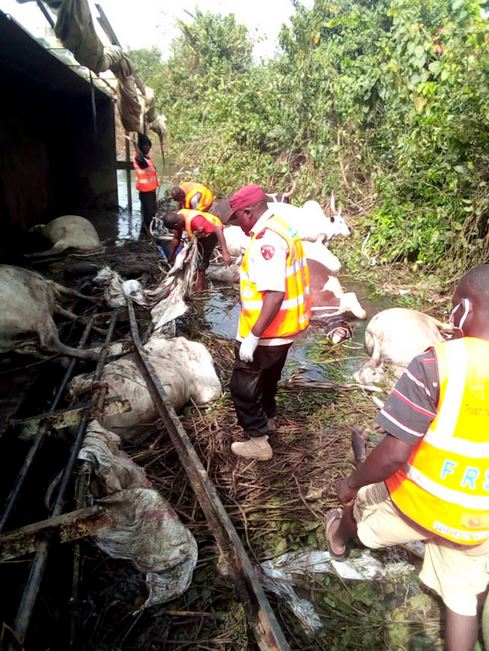 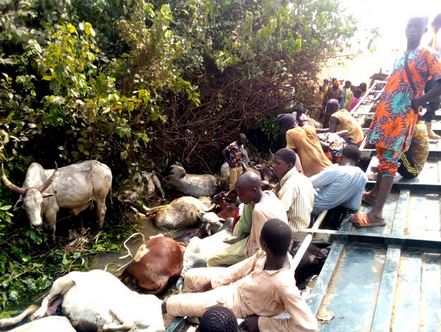 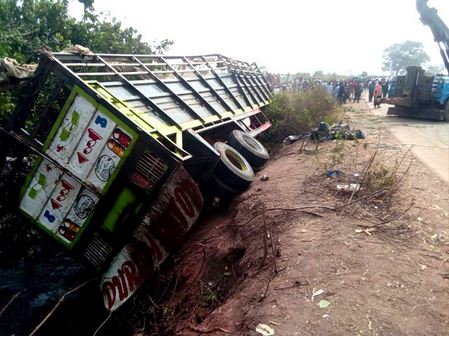