Notorious criminal 'Sly' and his gang member arrested in Calabar 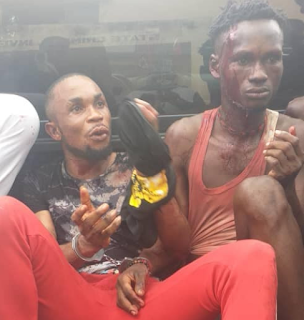 A notorious armed robber/kidnapper identified as Obio aka Sly and one of his gang members have been apprehended in Calabar, Cross River state.

The suspects were arrested on Tuesday, December 15, in a joint operation between the State Security Adviser, South, Mr Leo Nyambe and members of Bayside Neighborhood Security Services led by Hon. Effiong Ekrika.

Residents said that the criminal and his gang have been a torn on their flesh, leading and abating major armed robberies and kidnaps within Calabar and its environs.

The suspects, who are presently in police custody were nabbed with a locally made pistol.