Nigerian national, two others arrested in India for conning man out of over N500,000 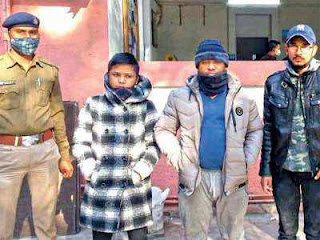 The Ahmedabad city cybercrime sleuths have arrested a Nigerian national and two Manipur-natives for allegedly defrauding a man out of Rs 1 lakh (520,571.680) on the pretext of sending him gifts from the UK.

The trio, Udechukwu Onyebuchi, 32, who lived in Delhi's Vasant Vihar along with Mangkholun Haokip, 21, and Henkholam Hmar, 24, duped a Krishnanagar resident on pretext of sending him laptop, cellphone, jewellery and watch, police said on Wednesday, December 30.

In April this year, complainant Dashrath Patel, 52, an employee of a private company, received a friend request on Facebook from one 'Minda Wilfred'. 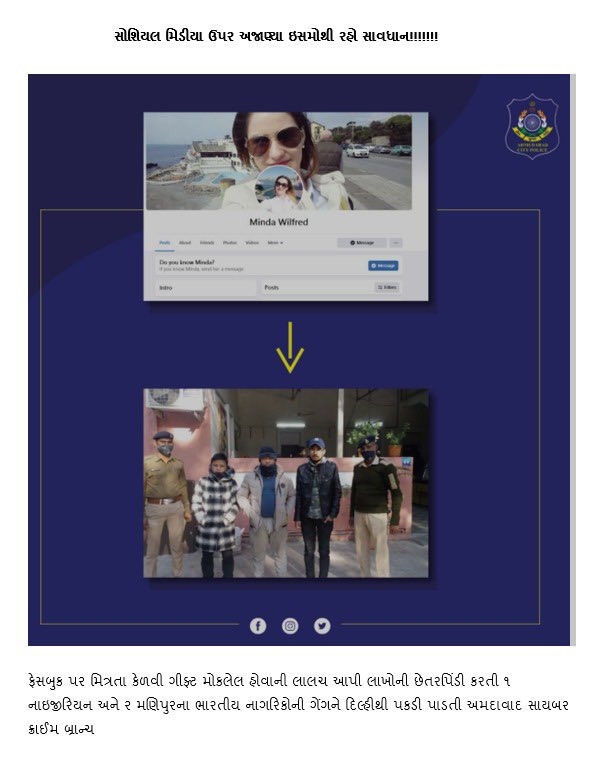 He accepted the request and the duo got chatting. Wilfred introduced herself as a captain with a firm named 'Carnival Shipping Company' in England.

One day, Patel was informed that he would be receiving a consignment of gifts which included a laptop, mobile phone, jewellery, watch and other gift articles.

Later, Patel received another call from a person claiming to be from the 'ministry of revenue' from the Delhi airport and Patel was asked to pay money in the name of various charges to collect the gift items.

Patel ended up paying more than Rs 1 lakh. Later, sensing that he may have been conned, he approached the cybercrime cell.

Investigation by the cybercrime sleuths revealed that the accused were in fact operating from Delhi.

According to a senior police official of the cybercrime cell, the Nigerian national has been living in India for two years now while the other two accused worked in restaurants and did odd jobs in Delhi.

The cops have received details pertaining to their operations in the past six months. Further investigation is underway. 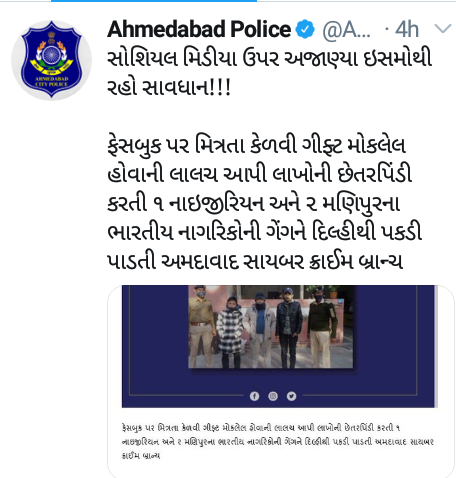