Arabo, an investigator with the EFCC, told the court that the defendant failed to link the money found in his account to the cases he claimed to be handling in courts. 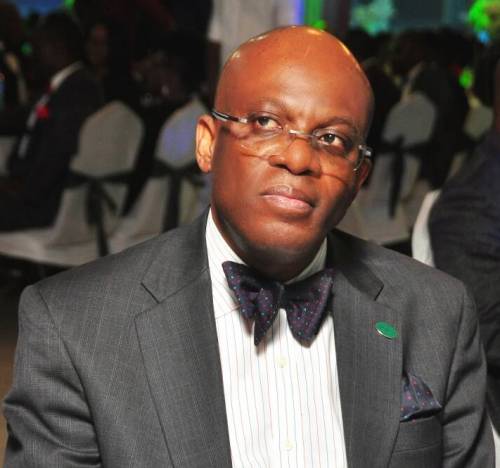 Abdulrahman Arabo, the second prosecution witness, in the ongoing trial of Paul Usoro (SAN), a former President of the Nigerian Bar Association, NBA, for alleged N1.4bn fraud, has made some fresh allegations, SaharaReporters reports.

Arabo on Wednesday, told Justice Rilwan Aikawa of the Federal High Court sitting in Ikoyi, Lagos how the defendant received a sum of N1.1bn from the Akwa-Ibom State government.

Usoro was first arraigned on December 18, 2018, before Justice Muslim Hassan of the same court.

He was later re-arraigned on March 1, 2019, on a 10-count charge bordering on money laundering to the tune of N1.4bn.

This was contained in a statement by the spokesperson for the EFCC, Wilson Uwujaren.

One of the counts reads: "That you, Paul Usoro, SAN, Emmanuel Udom (currently constitutionally immune against criminal prosecution), Uwemedimo Thomas Nwoko (still at large), Nsikan Linus Nkan, Commissioner of Finance, Akwa Ibom State (still at large), Mfon Jacobson Udomah, Accountant-General, Akwa Ibom State (still at large) and Margaret Thompson Ukpe (still at large), sometime in 2015 in Nigeria, within the jurisdiction of this Honourable court, conspired amongst yourselves to commit an offence, to wit: conversion of the sum of N1. 410, 000, 000, 000.00 (One Billion, Four Hundred and Ten Million Naira), the property of the Government of Akwa Ibom State of Nigeria, which sum you reasonably ought to have known forms part of the proceeds of unlawful activity to wit: criminal breach of trust and thereby committed an offence contrary to Section 18(a) of the Money Laundering (Prohibition) Act, 2011 as amended and punishable under Section 15(3) of the same Act."

He pleaded "not guilty" to the charge preferred against him.

Led in evidence by the prosecution counsel, U.U. Buhari, at resumed sitting on Friday, Arabo, an investigator with the EFCC, told the court that the defendant failed to link the money found in his account to the cases he claimed to be handling in courts.

When asked by the defence counsel, O.E.B Effiong SAN, if he received any letter from the defendant that was addressed to the chairman of the EFCC stating the details of the job he did for the Akwa-Ibom State government and the payment received, Arabo answered in the affirmative.

Arabo, during cross-examination by the defence, also revealed that "there was an allegation that the defendant was laundering money for the Akwa-Ibom State government, and the evidence showed that he received about N1.1bn between 2015 and 2016 from the state government."

Arabo, however, denied holding the defendant till the wee hours of the night of June 4, 2020, during his first visit to the EFCC office in Abuja.

He said the delay experienced by the defendant on the said day was because he had been given a bail condition to meet and his international passport was to be brought to him at the EFCC office in Abuja from Lagos.

Justice Aikawa adjourned the matter to December 4, 2020, for the continuation of trial.