Nigerians traveling to the South-South region of the country have been stranded after Ijaw youths barricaded the East-West road. 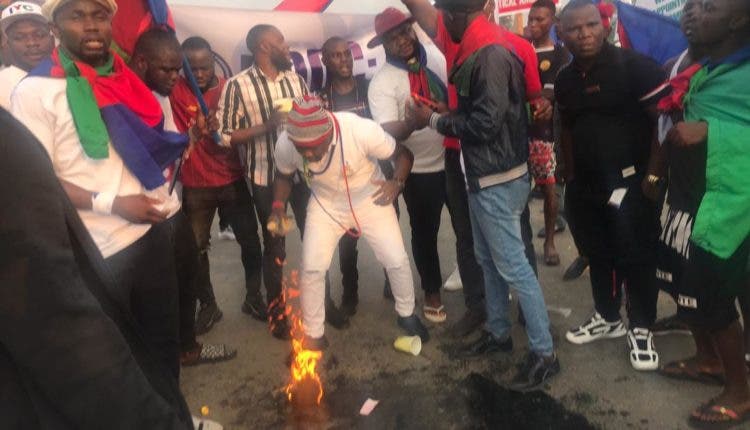 A protest by Ijaw youths has brought traffic on the ever busy East-West road to a standstill.
This comes after angry Ijaw youths on Monday blocked the East-West road in protest over the appointment of a Sole Administrator instead of a substantive board for the Niger Delta Development Commission (NDDC).
The protesters, under the aegis of Ijaw Youth Council (IYC) worldwide, gathered at the Mbiama-Yenagoa junction of the federal highway as early as 6.30 a.m. using trailer, trucks and other objects to barricade the road.
Attempts by some armed soldiers and former Secretary to Bayelsa State Government and ex Nigerian Ambassador, Dr. Godknows Igali, who was also caught up in the gridlock to convince the protesters to clear the blockade failed.
The travellers were caught in the gridlock on the usually busy road spanning more than two kilometres on the Bayelsa and Rivers State stretch of the road.
The protesters, armed with placards with various inscriptions said the appointment of sole administration will fuel crisis in the region.
The protesters, who were led by the National spokesman, Ebilade Ekerefe; National Treasurer, Ebifoubo Timilaemi, Zonal Chairman, Central Zone, Ebi James, among others, accused the Minister of Niger Delta, Godswill Akpabio, of allegedly pocketing the region and playing politics with NDDC thereby undermining the region’s development for selfish gains .