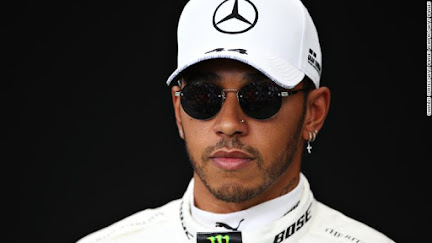 Formula one champion, Lewis Hamilton is set to sign a mega £40m deal with Mercedes after clinching his seventh world title with Mercedes this season.

Hamilton, who has more race wins, pole positions and podiums than any driver in history said he wanted his future to be sorted by Christmas and his team have given a heavy hint that Hamilton's future is now tied up .

A post on the Mercedes' official Twitter page carried the hashtag 'announce' accompanied by the 'coming soon' and 'pen' emojis along with a quote from Hamilton expressing his desire to stay with Mercedes.

The 35-year-old won a record-equalling seventh Formula One title last month, six of which have come since his switch from McLaren to Mercedes in 2013. 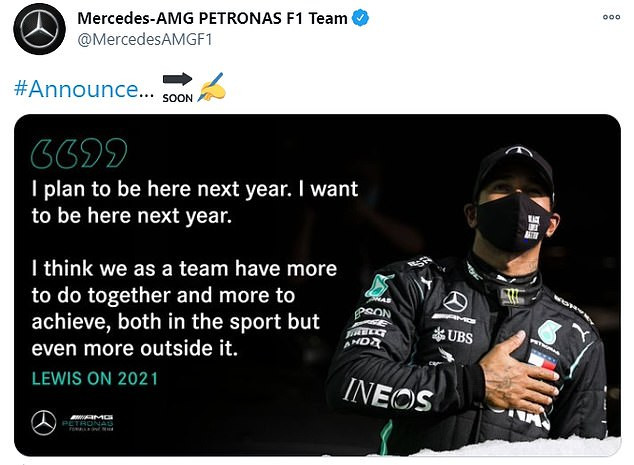 Hamilton's current wages are £35million per year and the new terms are believed to be at the £40m mark.