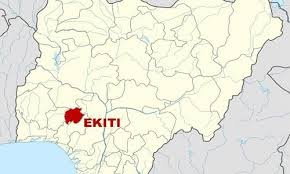 The Chinese expatriate, who was abducted by some unknown gunmen in Ado-Ekiti, has regained freedom, after payment of N100m ransom.

The Chinese, simply identified as Wang, was one of the Engineers handling the dualisation of the new Ado-Iyin road.

He was abducted last Friday evening at the site by gunmen who also killed a policeman attached to him.

He was released by his abductors after five days in captivity.

A source close to the road construction company said the abductee was released around 11 pm on Tuesday after payment of N100 million ransom.

He explained while the ransom was collected at a place in Kwara state, the expatriate was released around Ilawe-Igede road in Ekiti state.

According to him; “The Chinese was released very late yesterday (Tuesday) after payment of ransom to the kidnappers.

“The N100 million was taken to a bush in Kwara state where the kidnappers collected and confirmed it before the man was released here at a very difficult location along Igede-Ilawe road.”

But when contacted, the Police Public Relations Officer (PPRO) in Ekiti state ASP Sunday Abutu confirmed the release of the Chinese expatriate but denied any payment of ransom, Vanguard reports.